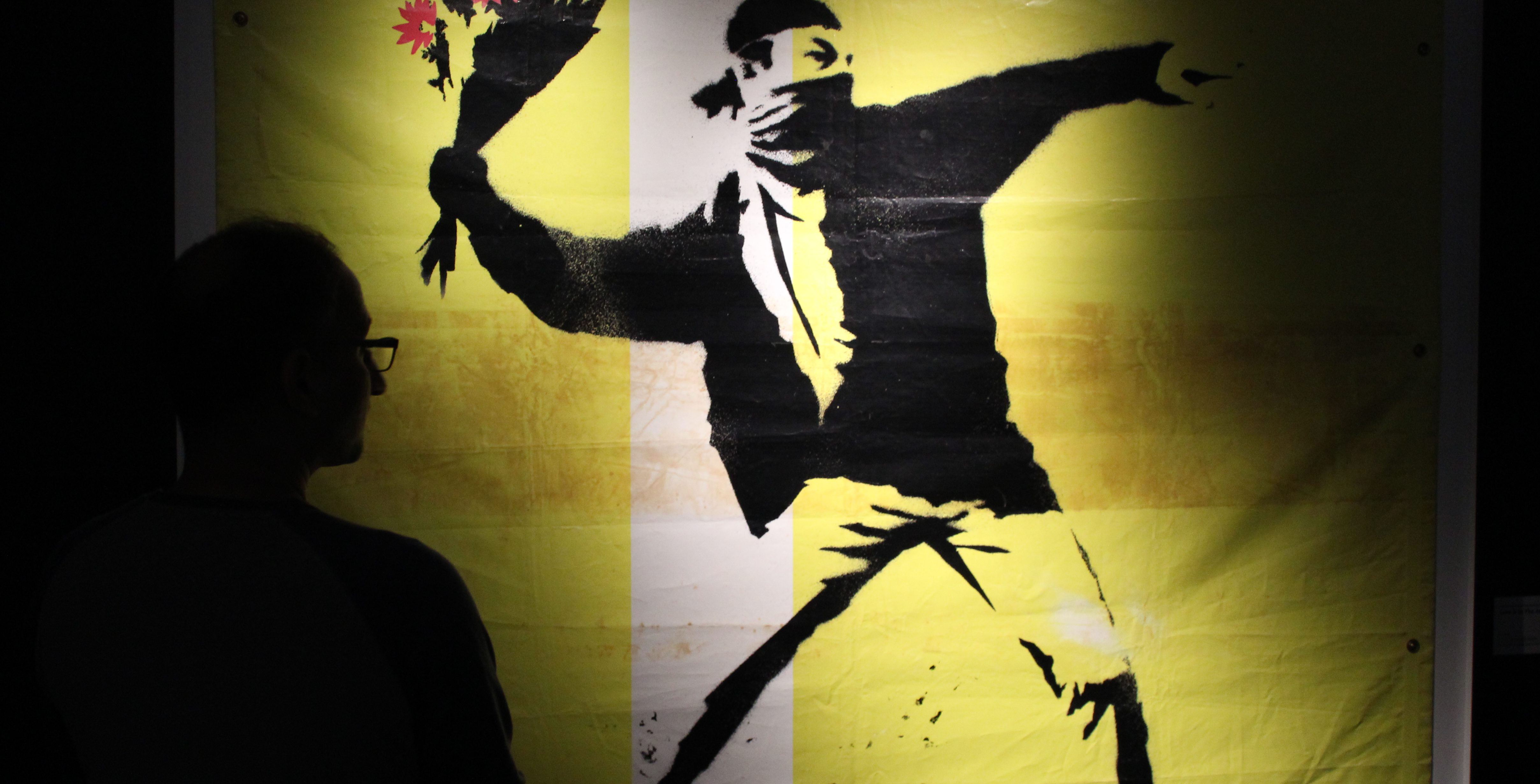 A Banksy exhibition without Banksy?

A new exhibition on Banksy has come to Sydney and in true fashion is causing controversy over whether or not the secretive street artist is actually involved in it.

It’s titled The Art of Banksy An Unauthorised Exhibition but questions remain whether this is just a marketing gimmick to fit in with the artist’s anti-authority image.

The England-based artist is well known for his satirical graffiti pieces and his anonymity, and the collection is the largest of Banksy originals ever to be shown in Australia.

The value of Banksy’s work has skyrocketed after his painting Devolved Parliament, depicting British parliamentarians as chimpanzees, sold for a record breaking $18,607,506 in London earlier this month.

Exhibition curators are adamant it really is unauthorised.

Chris Ford, co-curator, described it as more of an overview of Banksy’s artwork produced in the studio and largely donated from a series of private collectors.

“The behind the scenes process of how these artworks came to life, is often not very well publicised so it means that was a part of the story that we wanted to try and uncover a little bit more about,” Ford said.

Previously Banksy’s anonymity hadn’t allowed for this deeper exploration behind his art as he had to keep his identity secret to avoid arrest.

Ford believes this has meant people develop their own idea of who the artist is by looking at his work.

“I think it’s quite a powerful element to his pictures because it gives people the opportunity to have their own idea, to create their own sort of superhero for want of a better word,” he said.

Ford says the show is put together with the greatest respect for Banksy’s work and the unauthorised nature of it hasn’t put off many fans so far.

“It’s one of those things that because he’s associated with such controversy, people are always looking for something to make a fuss out of and the unauthorised nature of it seems to be one of those pieces,” he added.

This is not the first exhibition of Banksy’s work to proceed without any contact or permissions with the artist himself.

In August last year, Banksy publicly denied any affiliation with an exhibition in Moscow announcing on Instagram via a screen grab that he would never charge people to see his art.

However, he admitted in the same screen grab that he is perhaps not the best person to complain about people putting up pictures without getting permission.

The Art of Banksy An Unauthorised Exhibition is located at The Entertainment Quarter in Moore Park, Sydney.