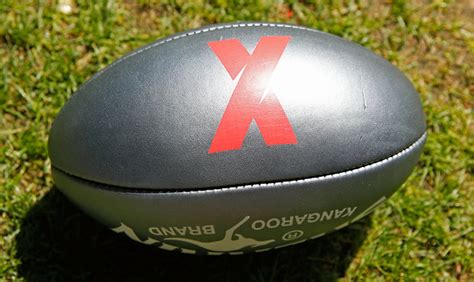 The entertainment-centred new shortened form, frequently compared to cricket’s family-friendly T20 showcase for its emphasis on kids, received a cautiously optimistic reception from those outside Etihad Stadium shortly before six Victorian teams took the field Friday night. But when all was said and done, supporters had quickly made up their minds on the long-term future of the showcase.

The newest strand of the game took place in groups of six sides, firstly at Adelaide’s Hindmarsh Stadium, then Melbourne’s Docklands and finally the Sydney Football Stadium Saturday night.

Played seven-a-side on a rectangular pitch over two 10-minute halves, and utilising a new silver ball (that received criticism from players and broadcasters alike), the event took on an association football-style feel as the broader football community, previously near unanimous in their skepticism, prayed merely for no key injuries.

“I think it has the potential to work,” exclaimed Chloe, a youthful and hopeful Essendon fan who went on to examine the theory of AFLX being used to broaden the game’s international appeal.

“On a rectangular pitch it should appeal to people who like soccer.”

Peter, a long-serving Blues fan in his mid-50’s, agreed that there would at least be an initial spike in general interest, noted that “people will always be interested in something that’s new” but then lamented the game felt “like a bit of a gimmick.”

Utilising Etihad Stadium as well as the rectangular home grounds of A-League clubs Adelaide United and Sydney FC, during the round-ball code’s active season, ruffled feathers on all sides. ‘Traditional’ AFL supporters bemoaned the introduction of a format they felt deviated too far from the core product, whereas soccer fans opposed a perceived infringement on a code already suffering from enough issues in Australia.

In the end, only the Adelaide leg of the competition (10,250 out of a capacity of 16,500) garnered a crowd above half-capacity. A paltry 9,892 rocked up to the SFS on a clear Sunday afternoon to watch the Brisbane Lions take home the spoils.

Notably, and serving as at least a silver lining to a fairly dismal debut, there was little attention paid to the standard of umpiring and there was minimal obscene disdain for opposition players expressed. Most watching live, it seemed, were willing to approach the tournament with an open mind.

Midway through the festivities, AFL head of football operations Steve Hocking was interviewed in the crowd, where his exclamation of “It’s a children’s game!” resonated with families in the audience.

AFL Players Association CEO Paul Marsh remarked that the game, as well as the new pre-season structure in general, was received in a mostly warm manner by players as the JLT Series reached its conclusion.

“We’re still going through our review with all the players and clubs with how it went,” he said, “but I think the feedback about AFLX has been reasonably positive as a standalone.”

The one positive review we found at the end of the night came from Kathleen, a mother who had taken her three young sons out to the game, and who collectively fit perfectly into the demographic outlined by Hawking’s earlier comments.

“The kids really thought it was a fun night out!” she beamed, as her boys enthusiastically watched on.

Many fans cleared out early following their team’s elimination, and they mostly left underwhelmed.

Jason, a self-described rusted-on Hawthorn fan, was especially scathing in his post-match criticism, lashing out at the experimental game as a “bastardised version of what we grew up with.”

Asked if the new dimensions would help accommodate for fans primarily in Europe used to playing on that type of pitch, he replied, “We don’t need to make it like soccer, it was already the best game on earth.”

Finishing interviews on a lighter note, Dean, a mid-40s and long-suffering Demons fan, was somewhat reserved in his opinions of the game itself.

“The actual format was kinda weird…bit much of the smoke and mirrors for mine,” he said. But love of team can triumph over almost anything, and Melbourne has just won its first silverware since the 1989 pre-season cup.

“I’m just bloody excited to see the Dees lift something!”