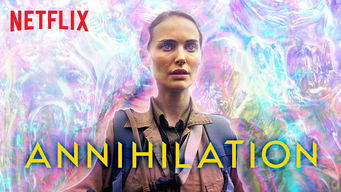 Natalie Portman walks into The Shimmer

Annihilation: a Netflix movie for the big screen?

A stylistic sci fi adventure starring Natalie Portman and Oscar Issac? No, this isn’t a Star Wars spin off, this is the stunningly shot and directed, but extremely divisive, Annihilation.

Directed by Ex Machina director, Alex Garland, this tells the story of a group of scientists and their journey through a strange ecosystem developing in the Florida wetlands, ominously named “The Shimmer”.

This movie is hopelessly mis-sold by the trailer, it is not a popcorn-scoffing horror sci flick. This cinematic gem asks questions of the audience, and forces you to pay attention to everything, from the vibrant colours to shocking violence of the mysterious shimmer.

For a film such as this to be released only on Netflix, rather than the big screen, is a crime to the truly incredible cinematography and special effects of Annihilation. The Shimmer is captured so perfectly, somehow managing to intertwine post apocalyptic dystopia with primeval natural beauty.

It’s difficult to review this film without venturing into spoiler territory, but one thing that can be said is that it will divide opinion. This is a film that asks you to think, and at times asks you to suspend your disbelief, given that some of the science the movie puts up to you is strange to say the least.

This is not to say that the movie is without its moments of action and thrills, after all, if it was to be put into a genre, it would be closest to a sci fi horror. One scene in particular, shot in such a terrifying fashion, should be noted as one of the most horrifying pieces of film to be put to the screen in the past couple of years. This movie does not shy away from the violence of The Shimmer, and unlike most of the film, the violence is not stylised and captures the brutality and horror of this brand new ecosystem.

There are no stand-out performances in this film. Both Issac and Portman are outstanding actors, and both give a good account of themselves. The supporting cast are all similarly serviceable, but this is by no means a character film.

More than anything though, this movie will have you asking yourself, and whoever you see it with, a lot of questions. This movie makes you question what evil is and how human beings view themselves, and looks at our obsession with change.

This is one of the most polarising films for both audiences and critics alike in recent times, and has worked up a storm on social media. But if you manage to get past the furore surrounding the film, Annihilation is certainly one of the more enjoyable ways to go about a session of self reflection. – Max Gay

#Annihilation is the best film I saw this year so far. If for some reason you haven’t already, go watch it asap! – T

#Annihilation …some interesting ideas but so much plot, exposition and ugly digital imagery …don’t get it.

Loved #Annihilation! Beautiful but so creepy. Wish it was in the cinema.

Tried to watch #Annihilation on #Netflix last night. It had all the ingredients I usually love, except it was completely forgettable.