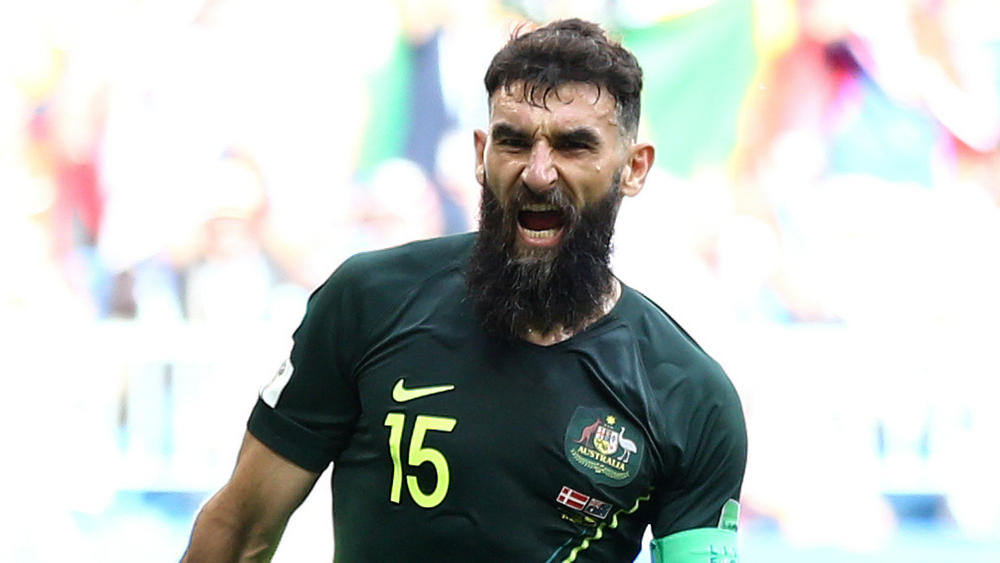 The Socceroos’ World Cup hopes hang by a thread this morning following a 1-1 Group C draw with Denmark at Samara Stadium on Thursday night.

Captain Mile Jedinak, or ‘Miles’ according to a Nine Network Twitter gaffe which was later deleted, cancelled out Christian Eriksen’s 7th minute opener via the penalty spot to give Australia its first point at Russia 2018.

WATCH: Tony Abbott refers to the captain as ‘Mike’ before Brazil 2014

The Denmark result will come as a frustrating outcome following a largely controlling display, wherein Eriksen’s early strike aside, van Marwijk’s side looked potent in attack and with winger Mat Leckie playing one of his best games for Australia, they seemed almost destined to break through.

Keeping the pressured Danes level, however, were the acts of EPL winner Kasper Schmeichel in goal, producing multiple quality saves much as he did in their Matchday 1 win over Peru.

Young prospect Daniel Arzani, described by SBS broadcasters as ‘the most talented player since Harry Kewell’, came on in place of the disappointing Robbie Kruse around the hour mark, and the Socceroos’ firepower lifted even further as the youngest player at the Cup gave a highly energised and encouraging 30-minute display.

Today is the day the world learned who Daniel Arzani is 🇦🇺🇦🇺🇦🇺🇦🇺🇦🇺

The news is not all good on the offensive front, however, as starting striker Andrew Nabbout appeared to dislocate his shoulder, forcing his immediate substitution for Tomi Juric and preliminary reports indicate the Urawa Red Diamonds player will miss the remainder of the tournament.

The Socceroos are fast developing a reputation for playing with unparalleled desire, passion and grit yet ultimately achieving just short of what is required at World Cup finals, and if the same is not to be repeated in 2018, this is what needs to happen Wednesday morning (AEST):

The early lapse in concentration punished Australia’s defence early as a delightful flick-on assist from Nicolai Jorgensen paved the way for Tottenham star Eriksen’s powerful finish past Mat Ryan, before a fortunate penalty decision from the Video Assistant Referee allowed Jedinak to equalise ten minutes before half time.

Is there anything Mile Jedinak CAN’T do?! pic.twitter.com/fyRCJmbqRO

Can the momentum of red-hot Aaron Mooy, Mat Leckie, Trent Sainsbury and more push our national side into just its second Round of 16 berth? Or will either Peru or Denmark spoil an unlikely celebration come Matchday 3?

Both Group C games will be simulcast on both SBS and Optus Sport with kickoff at 12am Wednesday AEST.