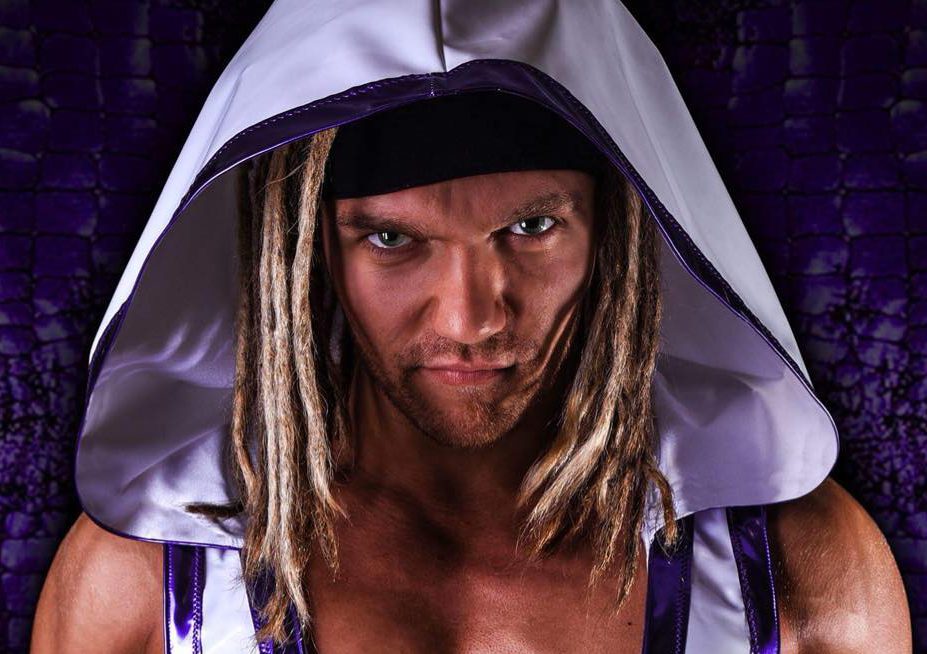 By day, Josh Fikret is like most 24-year-olds: freelance employment promoted online, all over social media, gym and footy training.

But on Saturday nights, when the ring is assembled and the lights go up, he undergoes a dramatic transformation.

Welcome to Australian professional wrestling. Melbourne City Wrestling stands up as the best-kept secret of Melbourne’s live entertainment landscape, and Fikret – better known by his ring name JXT – is helping champion the cause of bringing what was once at the fore of mainstream recognition back to prominence in our own backyard.

“There’s no one individual [who brought wrestling back to big audiences in Australia]. A lot of guys have paid their way to Japan, to America, to Mexico to train.”

Fikret first got into the business in 2011 at age 17 and upon learning one of the key principles starting out – that crowds connect best with characters showing their genuine persona turned up to 11 – he adopted the JXT moniker to represent his real-life party boy tendencies.

Like many in his demographic Fikret grew up on old WWF and WCW broadcasts, witnessing all-time revered characters the likes of The Rock, Stone Cold Steve Austin, The Undertaker and Hulk Hogan.

But the Gen Y audience lost interest in professional wrestling – a demographic driven away by WWE’s often-ridiculed decision to turn their programming PG in mid-2008. Fikret believes that if there was ever a way to turn fans back on, it’s through a greater emphasis on genuine in-ring ability and storytelling.

“Problem is, WWE is a PG show with a family demographic,” JXT told Hatch in an interview.

“New Japan [the second-biggest wrestling company in the world] treats it like a sport. MCW, which is also aimed at 18-24 year olds, who liked wrestling and say it’s not the same any more … we’re looking at the audience they’ve left.”

Melbourne City Wrestling was formed in 2010, and now performs shows monthly, alternating between Essendon’s Ukrainian Hall and the larger Thornbury Theatre for major events, and has enjoyed a meteoric rise in prominence within the independent wrestling community year on year.

In the lead-up to MCW’s Ballroom Brawl event in Thornbury on April 21, Adam Krustofski – better known as Mr Juicy and the first Australian member of the infamous Bullet Club stable – reminisced in the opening segment of their March event in Essendon how the promotion’s inaugural performers started out “wrestling in Chinese restaurants for pork and black beans.”

From those humble beginnings  – in the middle of a ring hastily arranged to fit the centre of a Chinese takeaway spot in Tullamarine – eight years later MCW is preparing for a hybrid event in Thornbury the night before April’s Ballroom Brawl in conjunction with PROGRESS Wrestling, the largest wrestling company in the United Kingdom.

“We want to become one of the best independent wrestling promotions in the world.”

And JXT is only too happy to pay tribute to the calibre of the competitors who helped rebuild wrestling in Australia.

“It’s awesome for us. As good as it is for them, it gives the rub to us. People ask, where do they come from? They came from here. It’s not a coincidence that every WWE-signed competitor came from MCW.

“We want to become one of the best independent wrestling promotions in the world.

“Understand wrestling. We’re telling stories, and once people can get past [the pre-determined aspect], we have people telling stories with athleticism and real-life drama.

“Wrestling isn’t fake. Movies are fake. People go to a movie cinema, check their reality at the door and say, ‘This is a movie. This is fake, because it has stunt actors, second takes, green screens and post production.”

So what exactly is it that makes wrestling unique in the field of performance?

“Wrestling is live, happens in front of your eyes in real life. You see it and you feel it happen. People need to treat wrestling like a movie and check the ‘but don’t you know what’s happening?’ at the door.”

At the end of the day, however, Fikret understands a work-life balance is required even in a field where performers at the highest level may be on the road for upwards of 40 weeks a year.

“Everything I do is targeted towards wrestling, but you have to take time out in your life, your real life, for family. This is still work.”