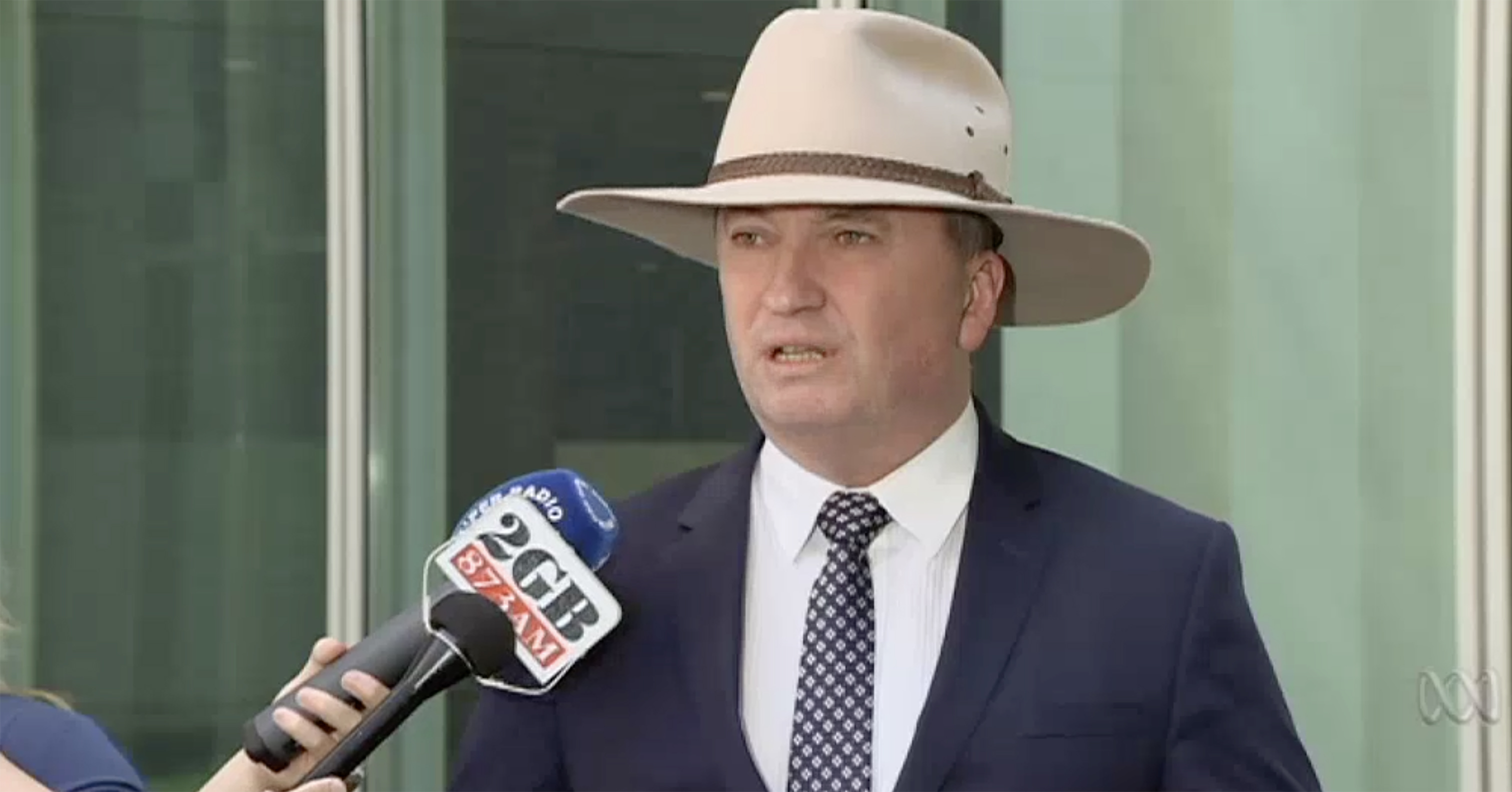 Young Australians see Barnaby Joyce as a villain who should not remain in his job, a Hatch street survey shows.

Our journalism students asked young people whether they knew about the scandal surrounding Deputy Prime Minister Barnaby Joyce’s affair with a National Party staffer  and how they felt about him cheating on his wife.

Interviewers were surprised to find that 50 per cent of those approached were unaware of the issue – and didn’t care. [Mr Joyce would probably be very happy to know that his affairs are of no interest to some people – but they have become the issue consuming Australian political observers over the past week.]

We asked if those who had heard about the affair saw Mr Joyce as a victim or villain in the situation. Eighty per cent said “Villain”. Most of those felt his conduct meant he should not remain Deputy Prime Minister.

There were some who disagreed. One respondent said “Yes I think he is a villain, but if he is good at his job, he deserves to keep it. He shouldn’t lose his job just because of his personal life.”

Another said he had certainly done the wrong thing, but “Everyone does… Yeah, everyone cheats.” She quickly clarified that: “At work.”

As for loyalty, having proved unfaithful in marriage, should Mr Joyce be trusted with affairs of state, we asked.  Forty per cent thought his behaviour had no bearing on the issue but 60 per cent felt he had demonstrated he could not be trusted.

Most of our respondents felt Mr Joyce’s personal affairs were a matter of public interest: 69 per cent agreed.

Expanding on that, one woman said, “I think he has taken advantage of his position and it has discredited him immensely. His position should be reconsidered”.

The Prime Minister, Malcolm Turnbull, appalled by the crisis that has embraced the government because of Mr Joyce’s public embarrassment, has imposed a sex ban on politicians and their staff, promising dire consequences for ministers who break the new rules.

Mr Joyce, unrepentant, railed against the PM this morning in a press conference, arguing that his personal affairs had nothing to do with the execution of his office, and telling the Liberal PM he was out of order for passing judgement on the National Party coalition partner’s leadership.

He repeated his public apology to his mistress, Vikki Campion, his wife Natalie and his daughters for having embroiled them in such a public affair.  He also revealed he had received death threats since his affair was made pubic.

“If someone’s personal life determines their job security, then we have reached a very sad place”, said Mr Joyce as he headed off for a week of personal leave – imposed on him by Mr Turnbull – during which he is supposed to “reconsider his position”. – The Hatch Newsroom Team