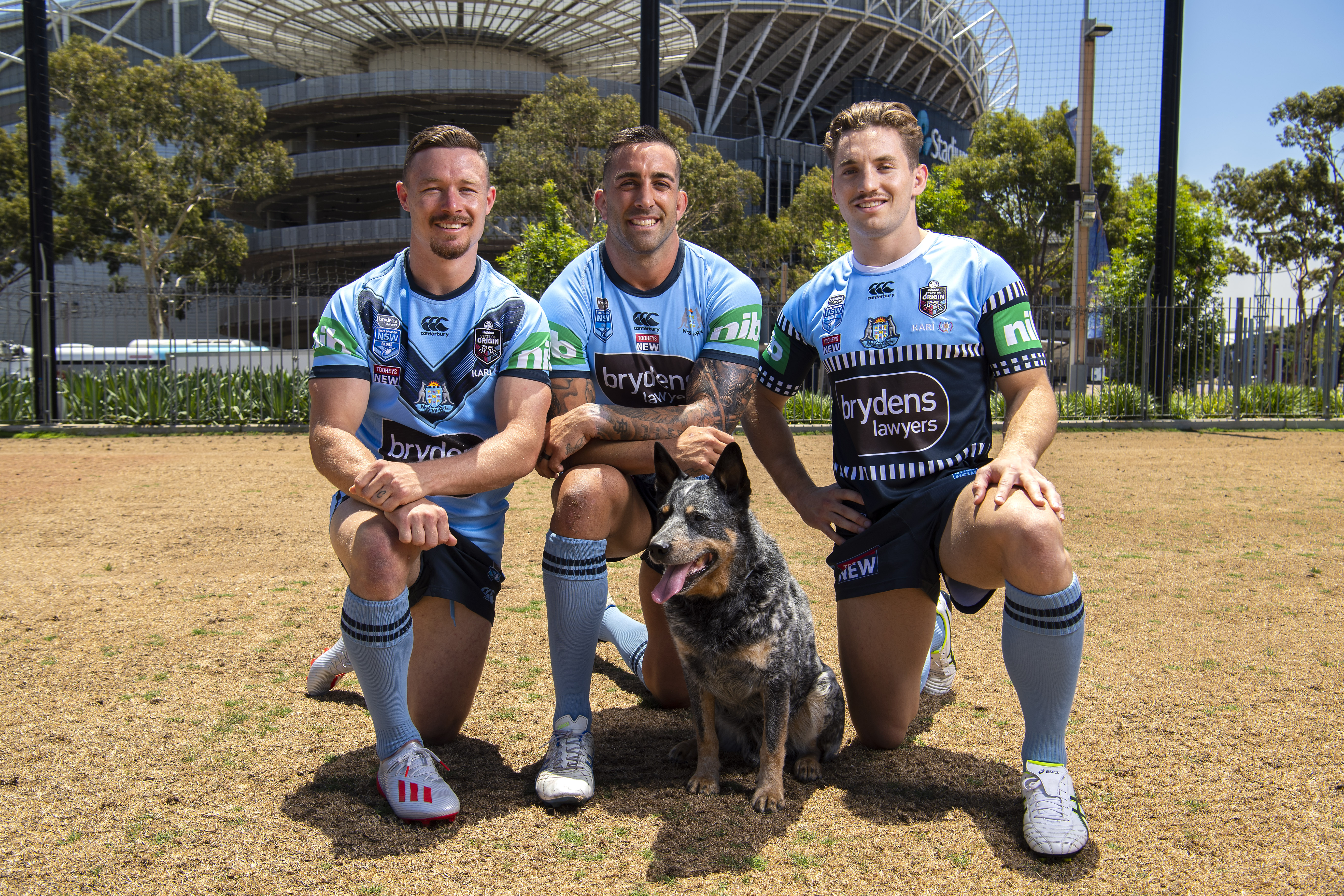 The NSW Blues will go back to the future for next year’s State of Origin match in Adelaide and don their strip from 1997, it was revealed today in Western Sydney.

Three new jerseys for the 2020 series were revealed, including the alternate strip based on the first year NSW Rugby League partnered with Canterbury.

NSW Blues and South Sydney Rabbitohs player Damien Cook said he was excited at the prospect of playing in the alternate jersey, in a new state.

“Adelaide is going to be a pretty special atmosphere, we obviously went to Perth last year which was a massive crowd, so it will be great to hopefully get to play in front of another great crowd there and wear this special alternate jersey,” he said.

State of Origin will celebrate its 40th anniversary next year, with game one played in Adelaide for the first time using the alternate strip. The traditional sky blue jersey will be worn at games two in Sydney and three in Brisbane.

“The alternate playing strip was such a great moment for NSW in 2019. It was a bold and innovative move, which is something we pride ourselves on at NSWRL, and the jersey sold out which is a fantastic result,” she said.

All three of the Blues jersey’s are available to purchase via the NSW Blues online store.