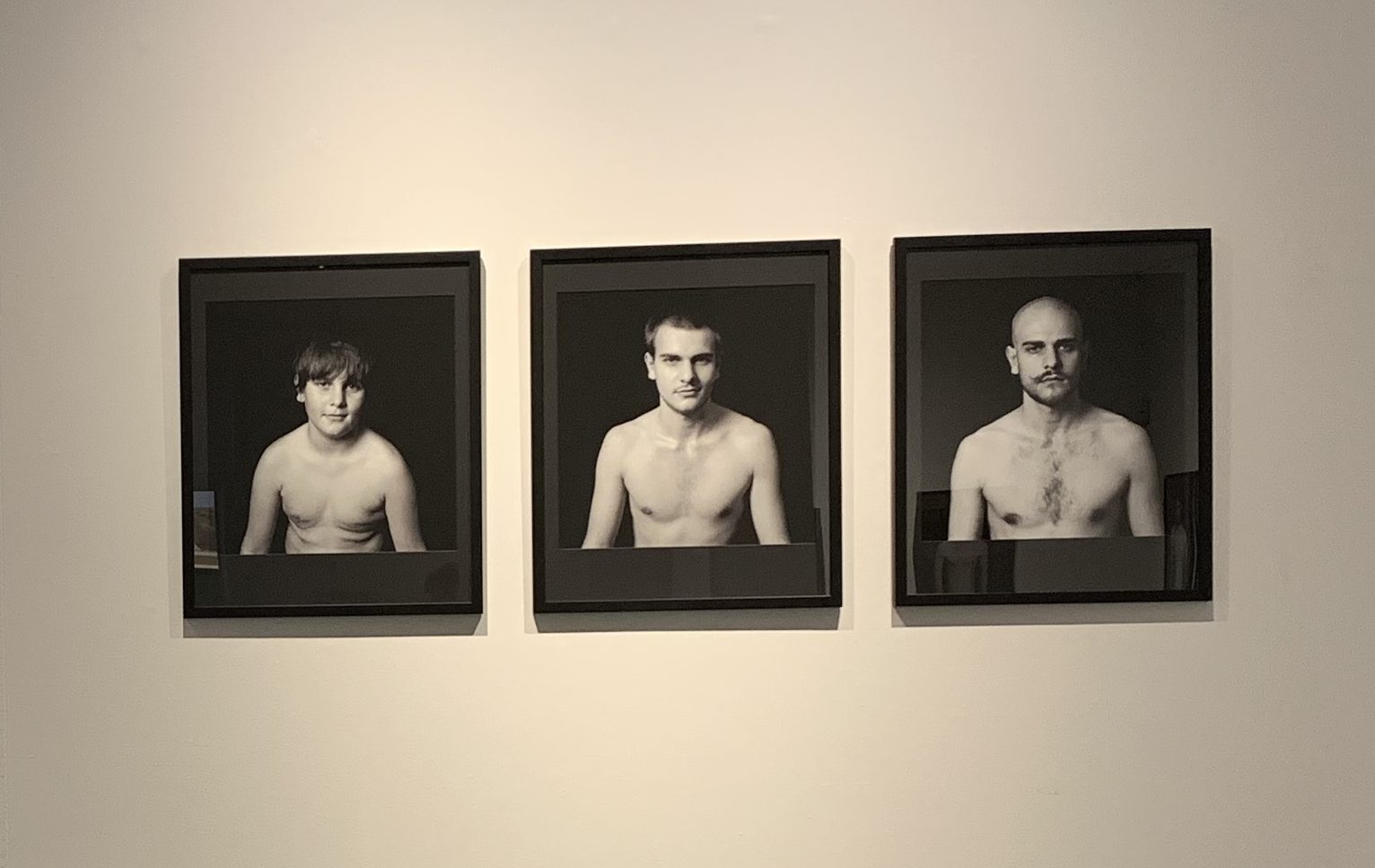 Boys to men: a study in masculinity

Ella Dreyfus’ new exhibition Under 27 is a powerful black-and-white series of multiple sets of three portraits of young boys evolving into men.

Dreyfus took the first image in the series in 2005; she photographed her son and his soccer team to capture a pivotal moment as they moved from children to teenagers (age 11). The second image, taken in 2012 when the boys were 18, records another vital moment in their lives when they left high school.

“All of the young men were quite happy to be named but I didn’t want everyone in the audience Googling them,” Dreyfus explains.

The portraits of the now 25-year-old neutral-faced men confront the viewer and are meant to challenge their views of masculinity. Presenting the images in chronological order also brings up the effects of time and the inevitability of change.

“You do have to pause and slow down to figure out what the portraits are really about,” she said.

Debora Marks, a member of the audience, told Hatch: “For me it’s conceptually wonderful because it’s actually showing this transition from such a young age; a child’s innocence to the battle of masculinity. As a visual art piece they are very beautiful, but they also bring in a discussion of masculinity.”

The series fuses both feelings of vulnerability and strength through the development of the boys into men.

Marina Shine, another audience member, said: “They project onto the pictures what they want to see and how they want to feel but its not necessarily about the boys.