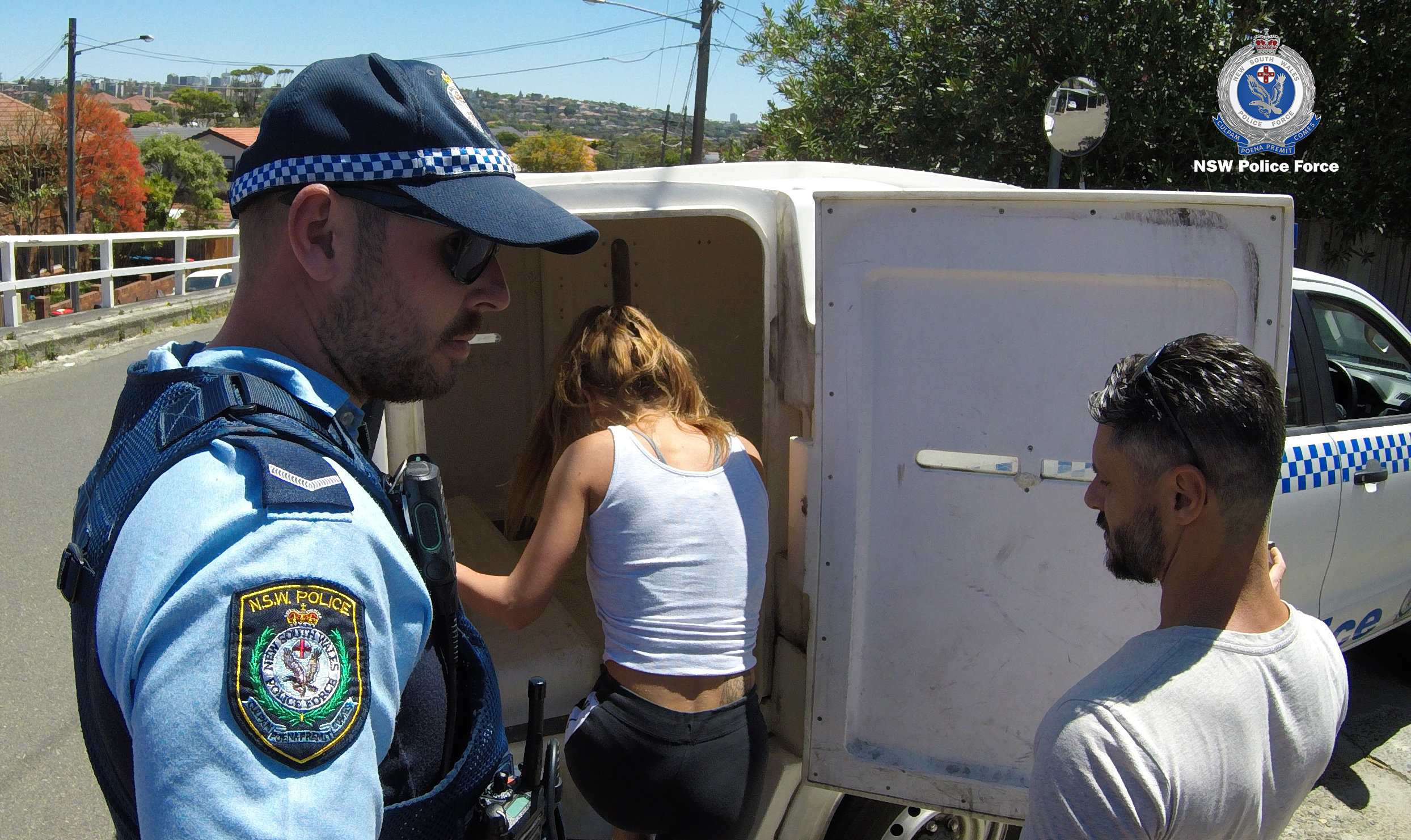 Seven people are now under arrest in connection to an alleged Sydney-wide ‘dial-a-dealer’ cocaine cartel.

The latest person to be charged is an events planner from Sydney’s eastern suburbs.

Danielle Hogan was arrested outside her North Bondi apartment on Thursday afternoon for her alleged involvement with the drug ring.

Dressed in tracksuit pants and singlet, the 24-year-old attempted to cover her face while been taken to Kings Cross Police Station, where she was charged with five offences, including supplying a prohibited drug and participating in a criminal group.

Hogan was refused bail and will appear in Central Local Court on Friday where police will allege she is associated with the six other people that have been arrested in raids across Sydney’s west.

Her Facebook biography reads: “The person you are and the action you take, determine the results you get.”

The seven raids allegedly uncovered 1.6kg of cocaine and $40,000 cash across homes in an operation involving the Riot Squad and Dog Unit on Monday and Tuesday.

The series of raids by Strike Force Northrup detectives follows the arrests of 55 people in relation to dial-a-dealer services operating throughout Sydney’s CBD and Eastern Suburbs in May this year.

The strike force was set up two years ago to investigate and target the ongoing supply of cocaine within the Central Metropolitan Region.

Anyone with information that may assist police is urged to contact Crime Stoppers: 1800 333 000. Information is treated in strict confidence.