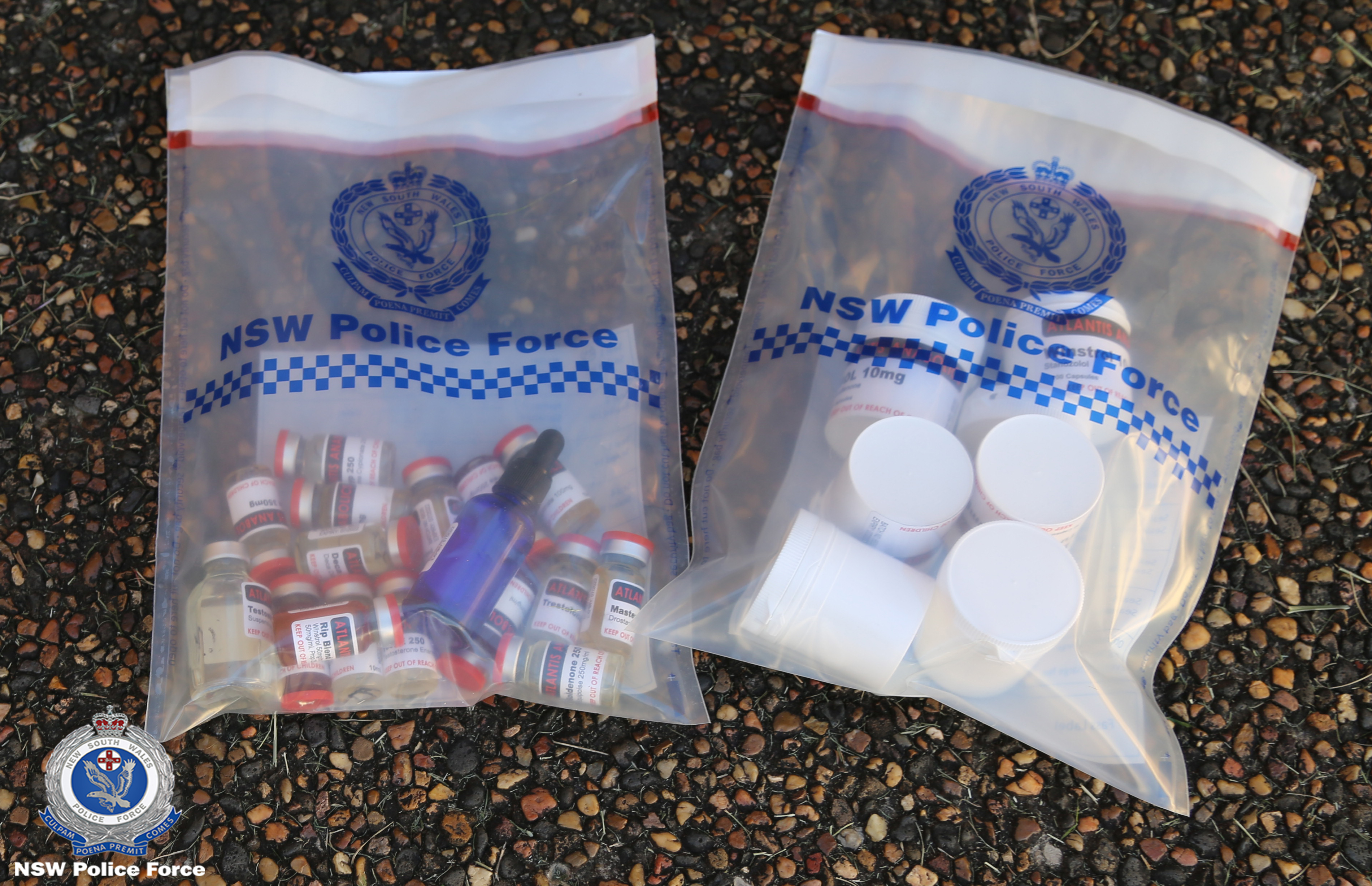 An elaborate steroid manufacturing operation has been busted at a suburban house in Western Sydney, police said today.

A raid on a house in Woodcroft led to the discovery of the drug manufacturing lab after Australian Border Force officers intercepted three separate packages sent from China containing steroids and equipment to produce them.

His arrest followed a joint operation between NSW Police and ABF.

Detective Superintendent Trent King, from Blacktown Police, said: “This joint investigation has prevented the potential manufacture and distribution of illicit substances throughout our local community and beyond.

“Our strong working relationships will navigate any detection at the border to ensure we continue to disrupt crime and investigate those involved in criminal activity, in turn, making our streets safer”.

The secret steroid laboratory was rendered safe by Fire and Rescue NSW’s HAZMAT and has since been dismantled by specialist officers from the Drug and Firearms Squad’s Chemical Operations Team.

Authorities intercepted three packages listed as a consignment of plastic plates on October 8 last year, and further packages on June 7 and 9 this year. They variously contained 1kg of steroids, packaging materials, labels and operational tools including a vacuum filtration kit and a joining machine.

The investigation was referred to Strike Force Hyndman to investigate, and a raid conducted on the property in Woodcroft yesterday.

ABF Regional Investigations Superintendent Garry Low referred to this result as ‘another example of the success of the ABF’s multi-layered approach to detecting illicit substances at the border’.

“Our officers continue to demonstrate their skills and expertise when it comes to identifying mail and cargo packages that are out of the ordinary. This detection came about because of their diligence and hard work in screening items coming through the border,” he said.

Anyone with information that could assist are urged to contact Crime Stoppers on 1800 333 000 or https://nsw.crimestoppers.com.au. Information is treated in strict confidence.