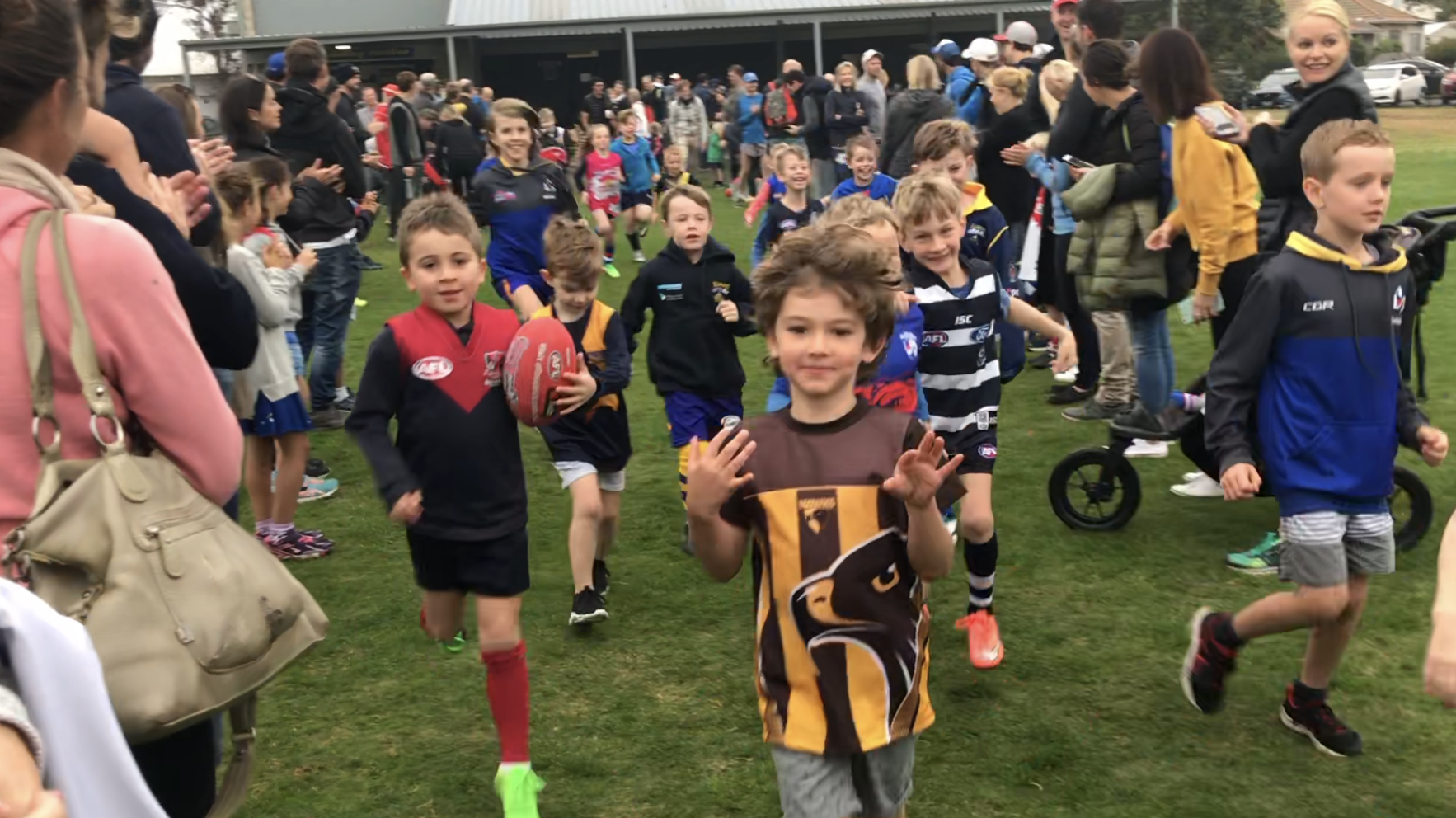 Kids run onto the field through a guard of honour to kick off the Auskick season. (Photo: Tim Young)

There’ll be no peace and quiet at Saturday’s AFL grand final – but this year’s Australian rules season saw an unusual experiment in silence on the sidelines at junior level.

Junior sport, and in this country especially Australian rules, has long been a place where parents and children have the chance to bond as a little one runs onto the field.

Pride, joy and fulfillment are just some of the emotions to be experienced watching one’s child take part and succeed, even if it’s typically more intended as a social exercise than an audition for a career in the big time.

But what happens when parents start to lose sight of the light-spirited reason that these leagues are formed in the first place? When adults start to live vicariously through the on-field fortunes of their kids, turning what was once an active hobby into a dramatic pursuit of success.

The Eastern Football League’s trial of the ‘Silent Sunday’ initiative set out to answer these questions, encouraging parents to cheer for both teams and keep instructions from the sideline out of the equation to allow a clearer headspace for junior players.

The move has been subject to some backlash, though, as the below audio story describes.