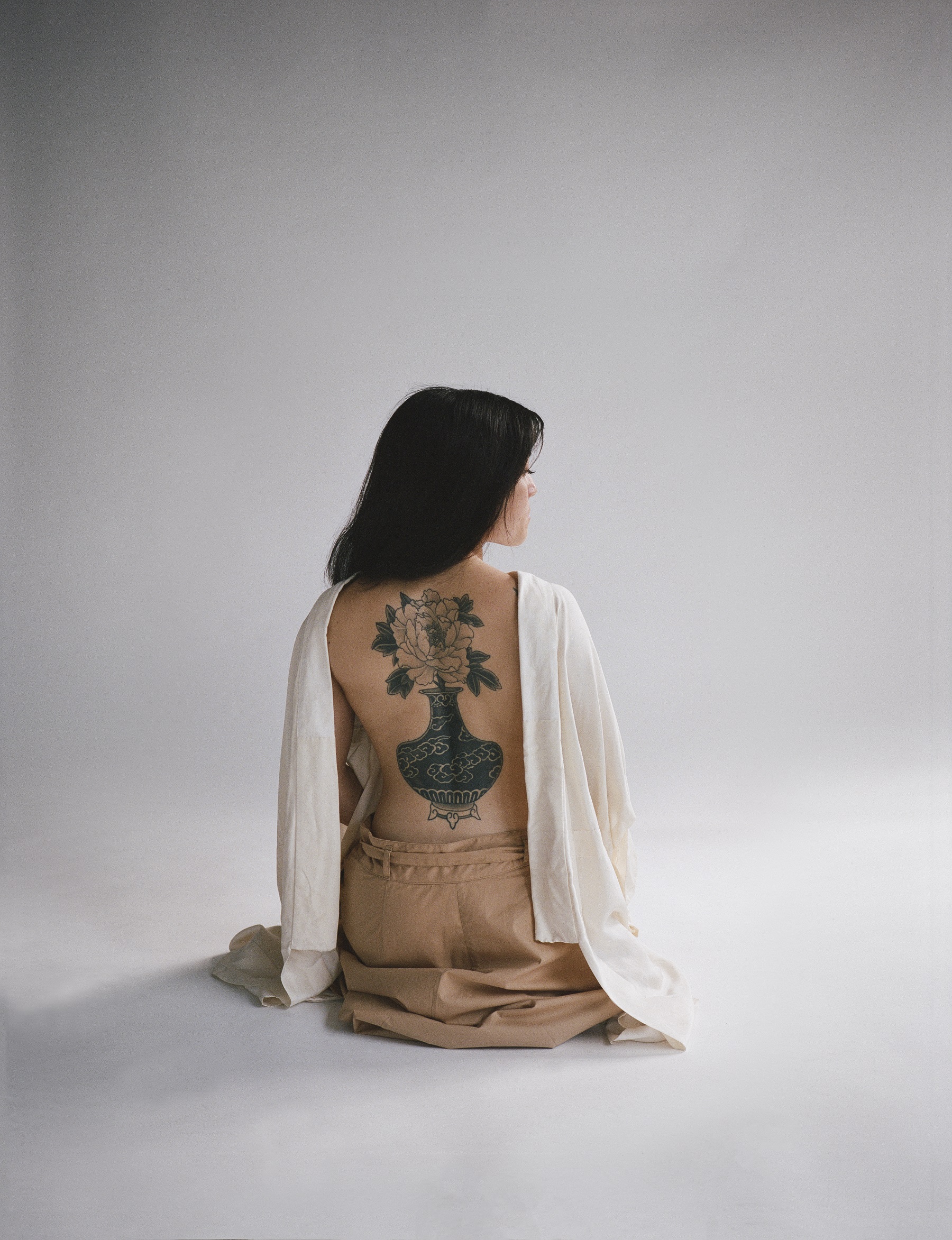 Melbourne’s Immigration Museum is examining the art of tattoo within self-expression and culture at a thought-provoking exhibition.

Our Bodies, Our Voices, Our Marks is a suite of exhibitions that explore the intersection of ancient and modern tattoo practices.

Among the richest tattooing traditions is that of Japan.

“It was a huge success for them and has proved very popular here in Melbourne also.”

“Gaman is the idea that as an artist you strive and strive, refine and refine, push and push,” he said.

Meanwhile, the Tatau is a beautiful photographic documentary all about the art of Samoan tattoo. It speaks about the Tatau as a “deep culture significance of connection to ancestors and ancestral knowledge of community and belonging.”

A woman’s malu tattoos are considered sacred in Samoan culture, so Angela Tiatia pushed boundaries in Walking the Wall by exposing some flesh to push back against what’s considered ‘proper’ for women.

The Perseverance and Tatau comes from the Japanese American National Museum in Los Angeles, California and are being toured internationally by Flying Fish Exhibits.

“I’ve always seen tattooing as one of the most magic drawing practices that humans have,” he said.

“Tattoos can cast us outside of society, or mark us as belonging, or both. It is a wonderful contradiction.”

Zaiba Khan and Stanislava Pinchuk have come together to explore tattooing and goldsmithing into their artistic world. As part of Miso’s art practice she also does very delicate hand poked tattoos that represents a personal journey of migration.

Similarly, Zaiba Khan’s jewellery also speaks to migration journey, mainly her own family’s as they migrated here, bringing spices and other valuable items.