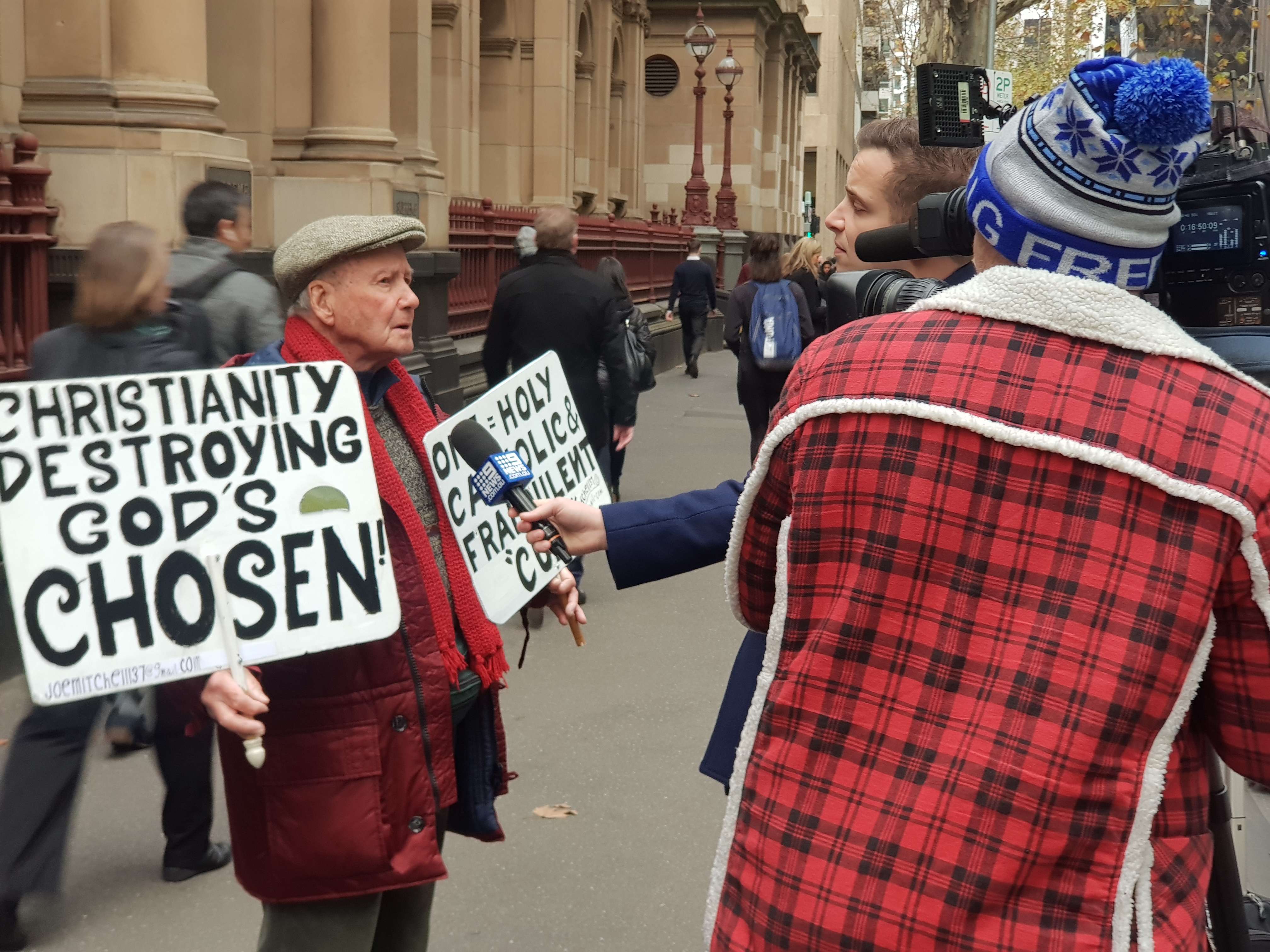 George Pell has launched his appeal against his child sex conviction. Hatch’s Cameron Lucas and Thabani Tshuma were at court.

Disgraced Cardinal George Pell arrived at Melbourne’s Supreme Court on Wednesday morning for an appeal hearing over his conviction of molesting two choirboys in the 1990s.

Led by Sydney barrister Brett Walker SC, Pell’s legal team is arguing the trial jury’s verdict was unreasonable and that errors were made in how the investigation was conducted.

Pell arrived by police van earlier than expected, surprising waiting media and leaving only a select few to get a glimpse. Exiting the van flanked by officers, he was whisked inside to begin the two-day hearing.

Pell was found guilty last December of raping one choirboy and molesting another after mass at St Patrick’s Cathedral in 1996. Months later he molested the first choirboy again.

The appeal is being heard by Chief Justice of the Supreme Court of Victoria Justice Anne Ferguson, President of the Court of Appeal Justice Chris Maxwell and Justice Mark Weinberg.

George Pell has arrived at the Supreme Court. Not sure why guards chose to stand like this as he entered. I’ve never seen them do that for any other prisoner. @7NewsMelbourne pic.twitter.com/2lxZkgNvaa

The Supreme Court is live streaming proceedings due to high levels of pubic interest in the case, both in Australia and overseas. However, the court has banned media outlets from broadcasting the stream.

Some of Pell’s family were in attendance in the courtroom to hear initial arguments. A verdict could be rendered during the two-day hearing, or at some future date. The Cardinal has declared he will not challenge the ultimate decision of the court.