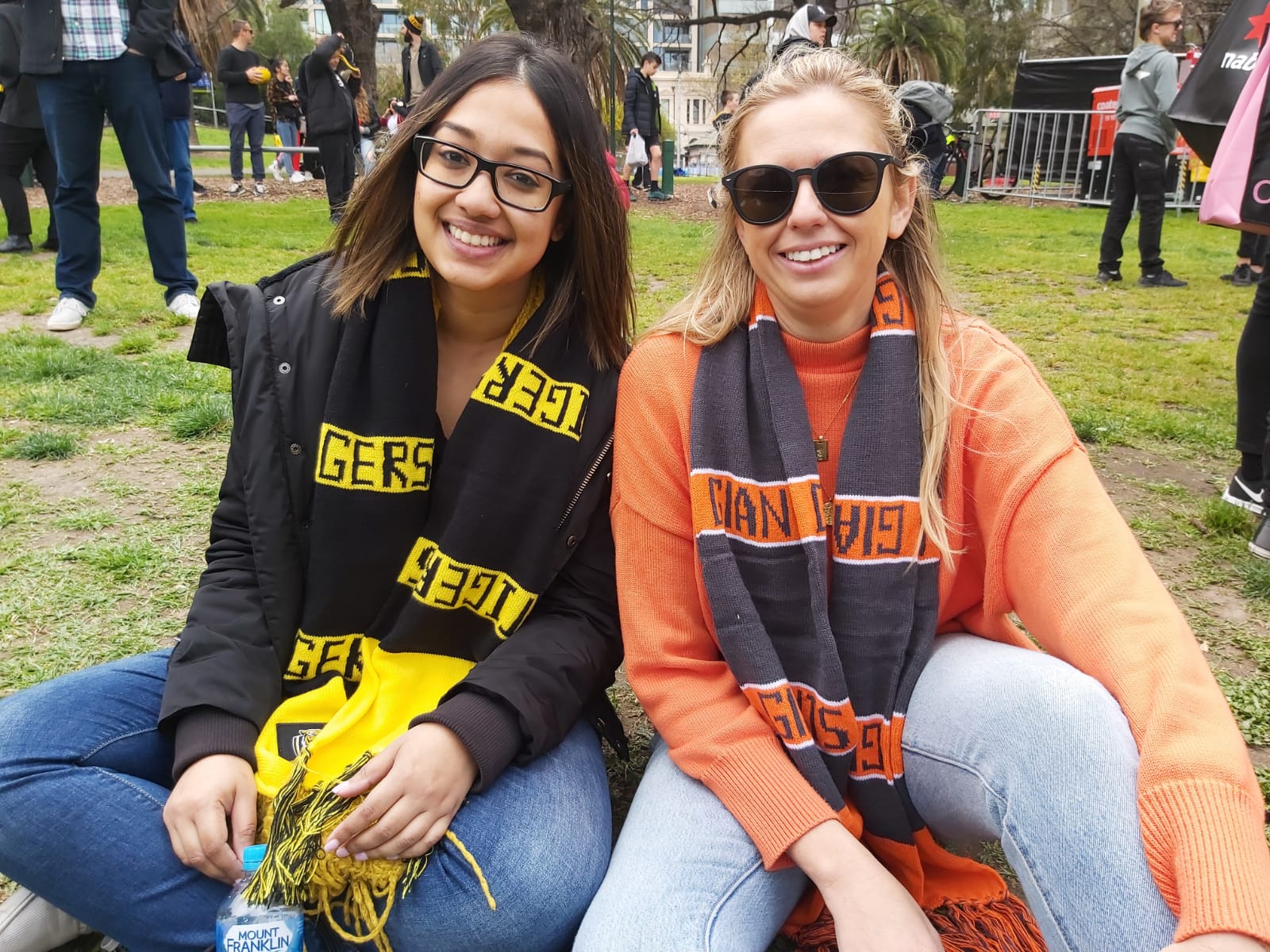 After jamming the streets of Melbourne for the grand final parade on Friday, 100,000 fans will descend on the MCG for the fight for the flag between local favourites Richmond and competition upstarts Greater Western Sydney – the Tigers hoping for premiership number 12, the Giants shooting for their first.

Supporters came donning team colours, travelling from across Australia to cheer on the Tigers.

“We came here from Hobart,” said Leanne, who made the trip with her toddler Xavier, who she describes as a big Richmond fan.

The energetic crowd shouted words of encouragement before making their way to the route for the annual grand final parade.

The parade started at The Old Treasury Building before making its way down Wellington Parade and coming to an end at Yarra Park.

The crowd was met with an an assortment of food stalls, activities, rides and a performance by Australian band, Birds of Tokyo.

Teams took to the stage and were met with the screams and cheers of thousands of excited fans.

“I’m so proud of Melbourne, that they go nuts like this for football,” said Ursula, who came out to support Greater Western Sydney.

“To see my team so excited just makes me feel so happy.”

The Giants will play in their first grand final having only formed in 2009 as part of the AFL’s expansion.

GWS fan Maddison, 9, wasn’t too concerned with the outcome of this weekend’s game.

“It doesn’t matter who actually wins, at least we got into the grand final and we tried our hardest,” she said.