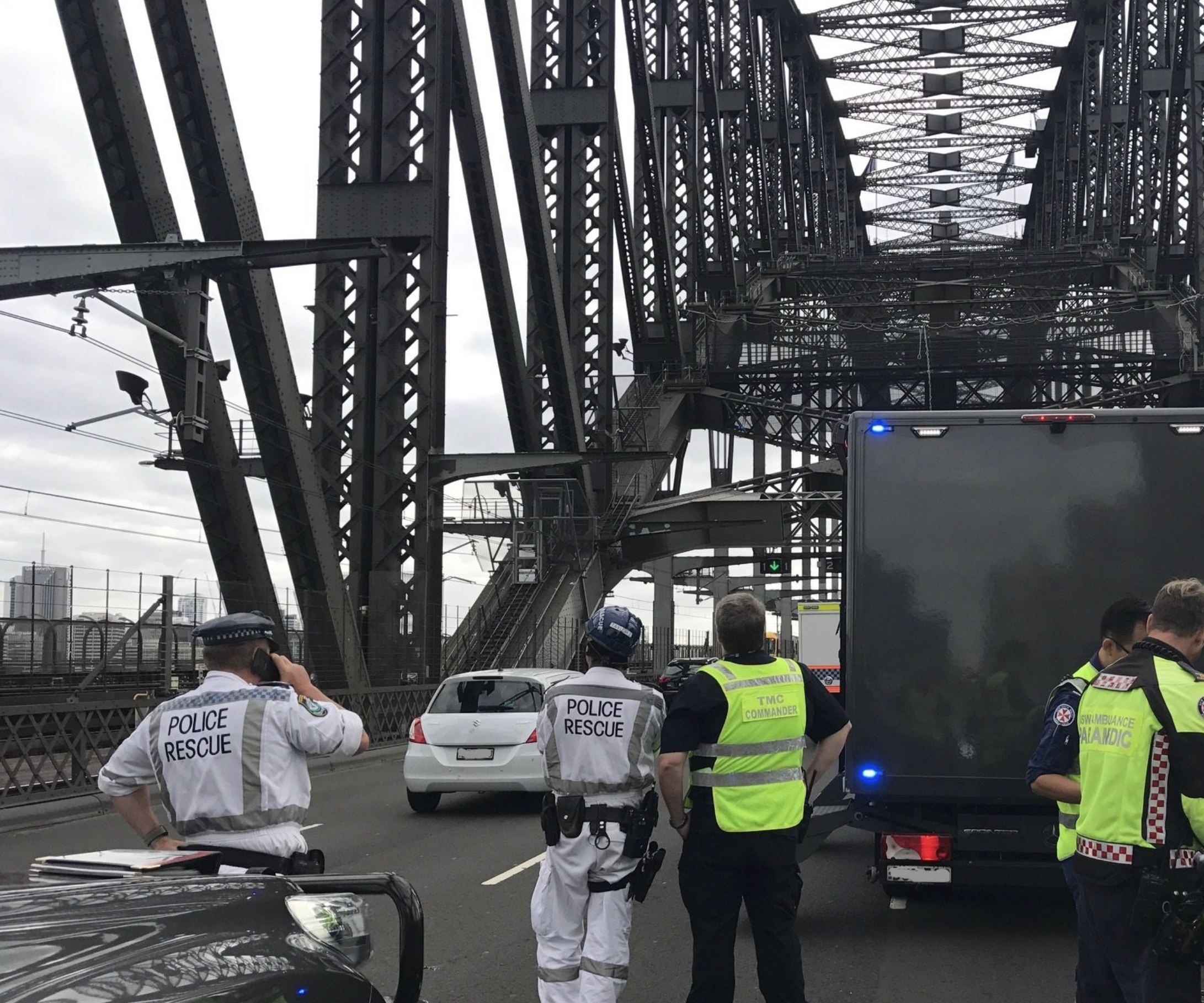 Sydney commuters were thrown into chaos this morning after a man illegally climbed the Sydney Harbour Bridge.

Police were forced to close two northbound lanes and one southbound, with the ordeal slowing traffic up to 15km in both directions. Buses were delayed by 90 minutes and southbound commuters were diverted to trains.

At 4:23am police were notified by the Sydney Harbour Bridge CCTV room that a man had abandoned his bicycle and scaled the bridge’s beams. Shortly after, emergency services and police negotiators arrived at the scene. The man, believed to be in his 40s, stayed on the bridge for close to five hours.

Commuters took to social media to vent their frustrations.

When it’s your first day heading to work in the Sydney office and they close the Sydney Harbour Bridge. #2hrcommute #late

Update: All northbound lanes are closed and only 2 southbound remain open on #SydneyHarbourBridge as police deal with a man who has combed the southern archway. His motives aren’t known #LatestNews pic.twitter.com/R2bzTjnuac

Traffic congestion started to ease after the man was brought down from the bridge and taken into police custody. He was taken to St Vincent’s Hospital in a stable condition.

Thanks to everyone who has been inconvenienced by today’s on-going operation on the Sydney Harbour Bridge – we are working to resolve the situation peacefully & appreciate your patience & understanding.

NSW Police revealed in a press conference that the motive was related to “family issues” and that the man was suffering from some “significant mental health problems”.

A man who pulled a similar stunt back in 2011 was fined a total of $3700 for climbing the bridge for an unlawful reason and obstructing traffic. – Montana Duncan