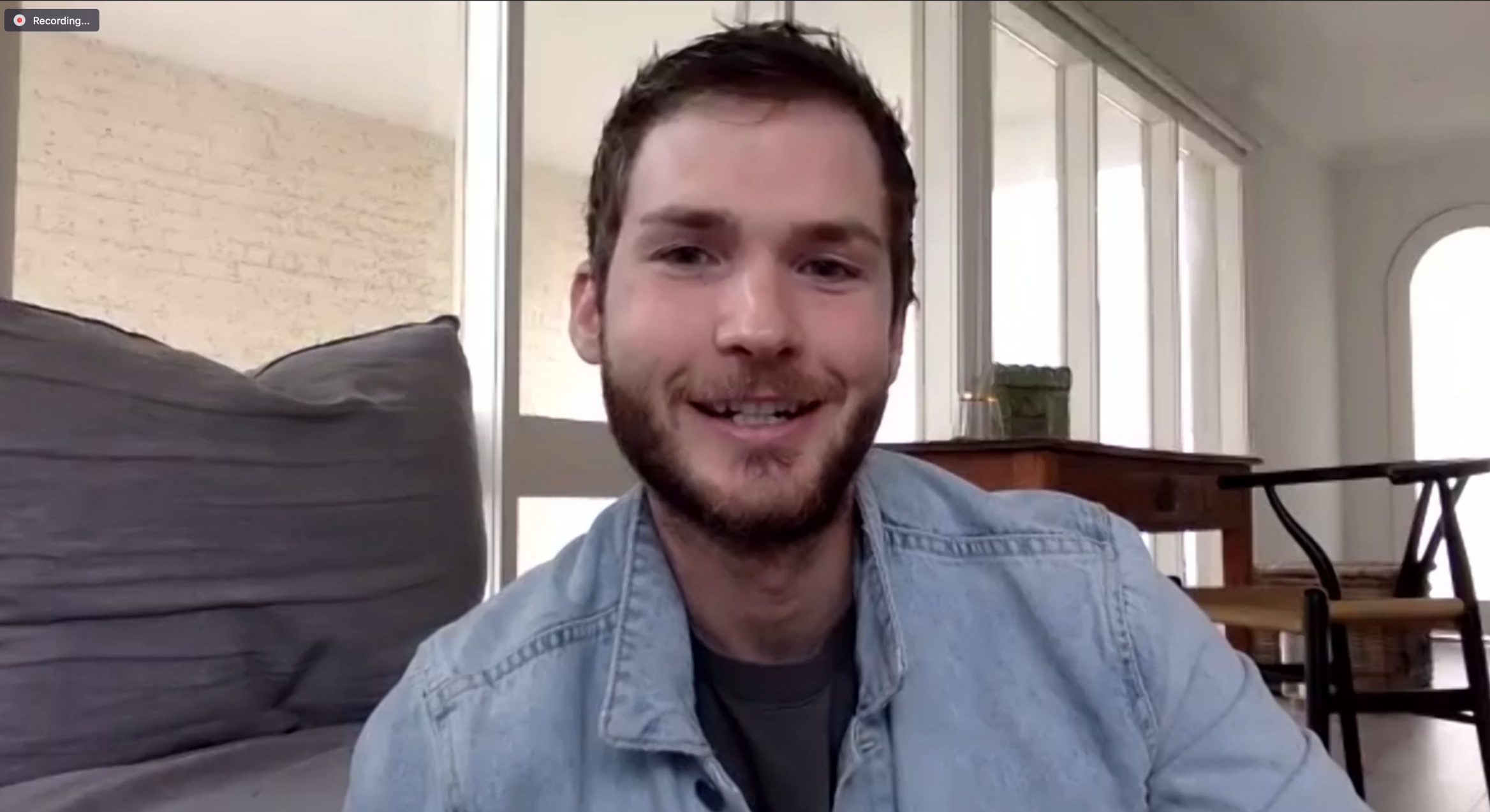 James Weir: On being reality TV’s number one blogger

With his quirky humour and thought provoking analysis James Weir has revolutionised the writing of reality TV recaps in Australia, creating a whole new audience in the process.

And as a senior columnist and journalist for news.com.au his writing has spawned a host of copycats trying to replicate his success and popularity.

His blogs have even created a new subgenre of fans to reality TV who according to James don’t watch the shows, but read the blogs to be apart of the social conversation.

“Married at First Sight has so many people talking about it that don’t actually watch it. These days if you don’t jump on the social conversation in the moment that it is happening then you miss the boat,” he told Macleay College students on a group Zoom.

The landscape of reality TV has changed, Weir said, with even tradies taking an interest in it now.

“Australian’s love to make fun of reality TV, but they are also some of the biggest consumers of it. It is like their secret shame,” he added.

No show is safe from Weir’s line of sight. Married at First Sight, The Bachelor and the newly packaged Big Brother all fall under the radar of James’ recaps.

Reality TV blogging was initially a transitional job, after he had worked on KISS FM’s Kyle and Jackie O show, a gig he still contributes to. However, things took a turn when he wrote his first column about the debut of a then unknown show called Married at First Sight.

“More people began watching the show,” he said. “More people began reading the recap. It just kind of became a thing. Then we thought how about I do this for The Bachelorette and The Bachelor. That is kind of how it started. It was not even intentional. Now six years later, I am still doing it”

Weir’s recap of Married at First Sight made his editor sit up and pay notice when it generated unprecedented web traffic for the news site, and James soon found he’d become the voice of reality TV at news.com.au.

“There is more leeway to be voicey [vocal],” he told students. “With the way digital media has gone over the last few years, it is your commodity. Have a unique voice, have a unique perspective and maybe just twist things and present the information with a bit of personality. That is really what we do with the recaps”.

He went on to explain it’s what makes blogging such a unique form of writing, highlighting there is a freedom for journalists to express their voice as writers.

The newsroom at news.com.au was described by James as “a great mix of people”.

“A majority of the reporting team is very young. Our editing team has the best editors I have ever worked for, just their experience alone,” said Weir.

“Some other publications’ editorial teams think ‘this is what our audience should be consuming’,” he added. “Do they want to consume that or do you just think that? With reality TV there might be publications that think that the topic is too lowbrow for their publication.

“If millions of Australians are watching it [reality TV], I don’t think you can pick and choose what you want to give your audience. That is what I like about our newsroom. We’re not above the content. We give people what they want to read and not what they don’t want to read.”

In the cosy world of TV PR’s and their symbiotic relationship with media companies, when you write articles with lines such as, “rising from the dead last night and premiered on Channel 7 with a tea scandal – ignited by the perfect kind of out of touch and self-important reality contestant Australia needs right now”, you might expect some push back from your employer. But, according to James with news.com.au this is not the case.

“People want to consume content where you put yourself on the line, kind of take it up to the edge or step over a little bit,” he added. “What I like about our editors are their opinions. If I am ever unsure about a joke I just ask them. They will either say do not say that or tell me that I have said worse. Our content is definitely not restricted and we do not baby our audience.”

Weir initially received some criticism from Channel 7 executives for his Big Brother recaps, but they are now enthusiastic supporters.

“The recaps get people talking about their show and it gets it in the headlines. It gets people who would not normally watch the show watching the show. After a while they realised it was all tongue and cheek. I think if you’re not familiar with the recaps it can be offensive” he said.

Journalism students must communicate across various mediums such as radio and online publications, and Weir, who also has a popular podcast Not Here To Make Friends, said knowing how to effectively reach readers and listeners is down to knowing your core audience.

“When you are doing audio [radio] you have to be more simple and straightforward with your humour,” he added. “When you do audio stuff [radio] you have to remember that this is not about me. If I went on the radio and just read my column it would not work. With the columns however I can go off and riff for as long as I want.”

James left students with some advice on figuring out what area of journalism they would like to specialise in as well as how they can make their situation advantageous.

“You’ve got to not be scared to not let go of your plan,” he said. “With the situation that you are in, you have to make it work best for you. You have to ask yourself. How are you going to twist and contort it [area of journalism] so you are doing something that you like”.