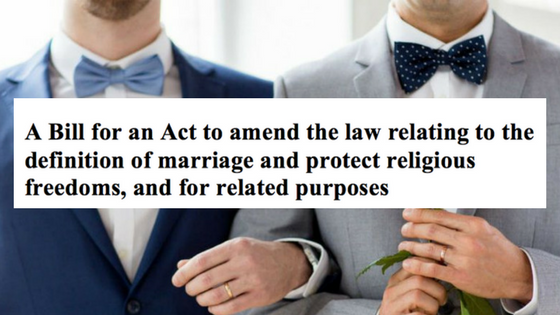 Let’s not forget the downside of the postal vote

The chaos of the same-sex marriage postal vote may seem a distant memory now that the Marriage Act has been amended but some are still vividly recalling the nightmares.

The legalising of same-sex marriage this week (December 7), makes Australia the 26th country to achieve marriage equality… and the country is ecstatic. However, for some members of the LGBT community, this isn’t all the happy news it appears to be; the plebiscite saw a dramatic increase in hate speech and abuse.

Hatch spoke to members of a closed LGBT Facebook group to see how the postal vote affected them individually, and the responses were heartbreaking.

Melbourne’s Sarah Haskmann told Hatch she was doing okay throughout the plebiscite, trying to block out all the negative things being said, until she realised “all this progress” wasn’t really progress at all.

"We had been trying to shield our kids from this horrible thing, but unfortunately we couldn't." Kathryn Francis

“People just stopped saying the horrible shit out loud but still believed it, and now everyone has an open license to voice it again. My wife and I rarely feel safe to hold hands in public,” she said.

“My wife works at a high school and has had to walk past horrible signs posted outside all the schools and at major public transport thoroughfare. She tried to remove them before students saw them.”

Tearing down the signs

Kathryn Francis from the Gold Coast was driving her seven-year-old step-daughter to school when she was faced with “It’s OK to vote NO” signs which had been stuck to traffic lights throughout her neighbourhood. She was so angry, she got out of her car and tore some down.

“My step-daughter asked me about it,” she said. “We had been trying to shield our kids from this horrible thing, but unfortunately we couldn’t. I explained it to her, that it was a vote on her very own family dynamic. At the end of it, she replied: ‘Well, that’s dumb. People who love each other should be able to get married, anyway. I want to be a flower girl at yours and Mumma’s wedding.” Kathryn said she was left feeling both proud and heartbroken.

Dana Smart from Perth says she actively encouraged people to vote YES during the postal vote and as a result witnessed a lot of supporters trying to debunk the lies and myths.

“[But] I saw all that effort go to waste because facts and reality don’t matter when faced with someone’s opinion,” she said. “I got to hear all the hate speech they’d bottled up for years, come out as ‘opinion’, calling same-sex parents ‘unfit’ or ‘child molesters’ and much worse than that even.”

“I got to see my family vote NO because [although] they believe in same-sex marriage, they believe it should be called something other than a marriage. I got to hear friends tell me they didn’t vote because ‘Why would anyone vote NO?’ I got to hear friends tell me their family is voting NO because the YES campaign was ‘very aggressive’ and they felt personally attacked. I got the amount of hate speech yelled at me in everyday life, quadruple, if not worse.

“I got told that all the facts and articles used were bullshit because ‘everyone knows gays have equal rights so this must be about the gay agenda,’ and I got to find out that multiple states in Australia actually practice conversion therapy legally, something I believed was just an American problem.”

“Lastly, I got to see my partner come home evening after evening completely drained and demoralised because 90% of her office [was] voting NO – and finding a new job is as difficult as competing and winning an Olympic event.”

Following the launch of the ‘Vote NO’ campaign, the National Mental Health Commission issued a statement warning of the heightened discriminated against LGBTI people, which was leaving the community feeling more vulnerable than ever before.

The sheer confidence individuals had, and felt was [okay] to voice, just overwhelmed me. Brianna Went

National mental health service ReachOut experienced a twenty per cent increase in online visitors, which equates to approximately 17,000 additional requests for help, predominantly from LGBTI individuals concerned about what the postal survey results would mean for their future.

Brianna Went from Perth says she also experienced hatred despite not wanting to speak about the vote or even acknowledge that it was happening.

“I have had a lot of negative responses from strangers, many who decided to tell me randomly as I was working, or even come up to me when I was holding hands with my ex-girlfriend. The sheer confidence individuals had, and felt was [okay] to voice, just overwhelmed me.

“After the initial overwhelming side, all the allies – my queer friends and I – got together and started building ourselves up and forwards from it and it [made] the whole community tighter,” she said. “For all the horribleness of it, it’s been grounding for the Perth community at least. We stand together as one regardless, and I think everyone is now clicking on how much money the government has spent on something so ridiculous.”

Same-sex couples were eligible to lodge their notice of intent to marry from Saturday, December 9. They will be able to marry from January 9, 2018. – Brooke Gibbs