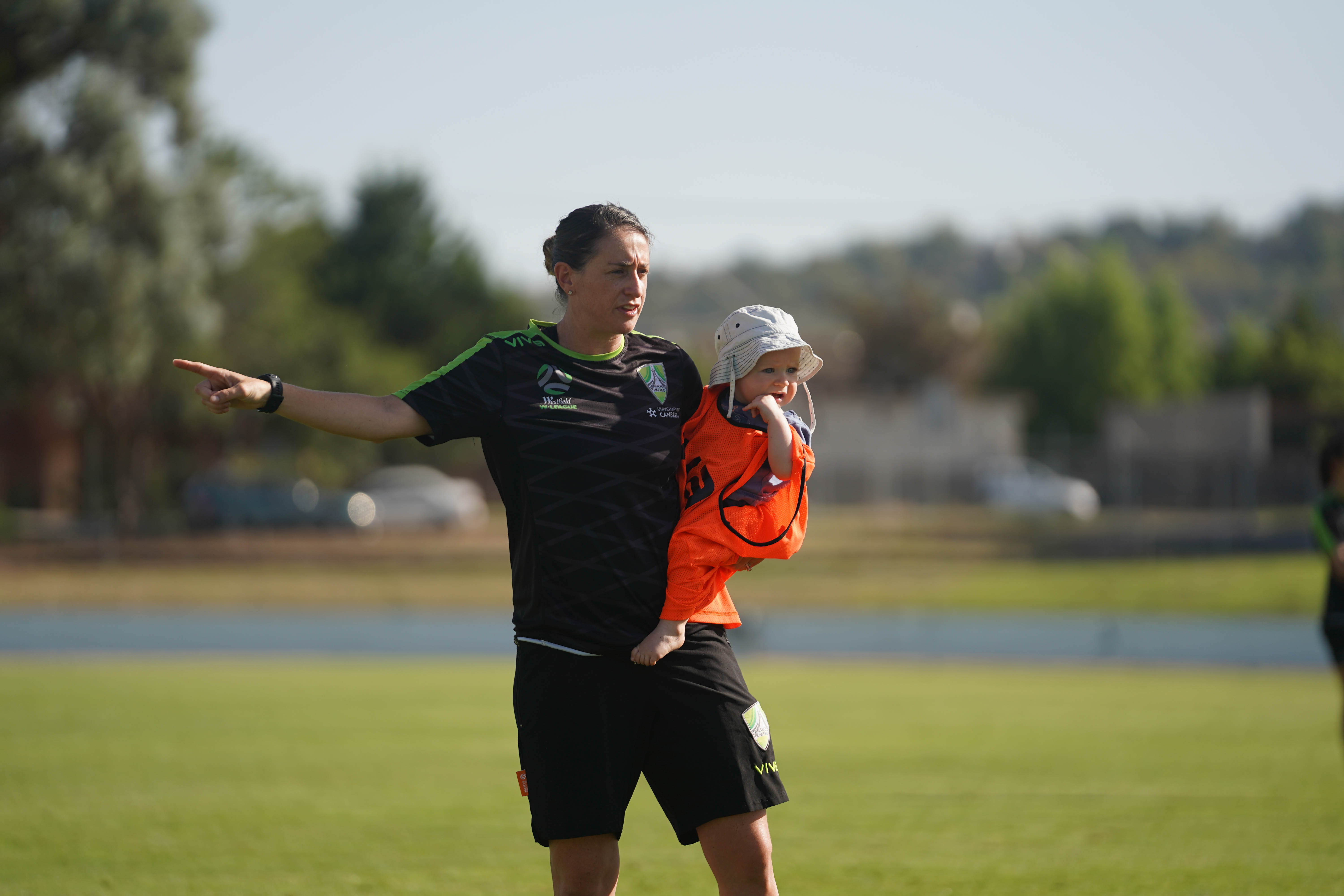 Legendary footballer Heather Garriock has predicted the Matildas will do better at the World Cup than any team before them.

Garriock, who played 130 games for Australia, said the Matildas would at least reach the semi finals given the current talent on the squad but face tough competition in the group stages against Italy and Brazil.

As the 3rd highest capped player in Matildas history, Garriock gave Hatch her expert insight into the Matildas’ chances in the tournament.

“Having a prolific goal scorer in Sam Kerr, and the majority of the team have been playing together at major tournaments for the past 10 years, gives them an advantage,” she said.

“This group of players has been together for such a long period of time now, it’s time for the Matildas to take it one step further.”

Australia will begin their 2019 World Cup campaign on Sunday 9 June (9pm AEST) against Italy in Valenciennes.

They enter the game ranked 6th in the world compared to Italy’s 15th.

But they have suffered back-to-back defeats in warm up matches, including last week’s 3-0 loss to The Netherlands, and underwent a traumatic and controversial change of coaches just five months ago.

Optus Sport World Cup expert Garriock said the Matildas are not without their problems.

“I think from the front to back, everyone’s got their job of defending,” she addded.

“We have some of the best defenders in the world, but to play the back four high up the pitch towards the centre circle, exposes any defenders dramatically, especially against the good teams.”

“Brazil have been in camp for 10 weeks and they have some of the best players in the world,” she added.

“Cristiane and Marta as well as some young guns coming through, we have always struggled against them in major tournaments.”

Following months of off-field drama due to the shock sacking of coach Alen Stajcic in January, the Aussie team will be looking to prove themselves on the field in France.

“It’s like anything when you get a new coach or boss, you have got to step up and push yourself outside your comfort zone,” Garriock said.

“If the players do that, it’s a positive, let’s hope it goes in a positive way and we do the best we have ever done.”

With Ante Milicic now in the coaching seat, the Matildas are having two days off before heading to Valenciennes to complete the final stages of preparation before their campaign begins.

Canberra United coach Garriock says recovery is key and the maturity of the team will help them perform under the pressure of tough competition.

“Playing every three days is not like club football where you get a week’s rest to prepare and refocus,” Garriock said.

“Mindset plays a huge part, overcoming whether you didn’t play well individually or as a team and being able to bounce back for the next game.”

“There are high expectations of the Matildas that we have never had in this tournament before, we will see whether they rise to the occasion or not, because it’s not easy.”