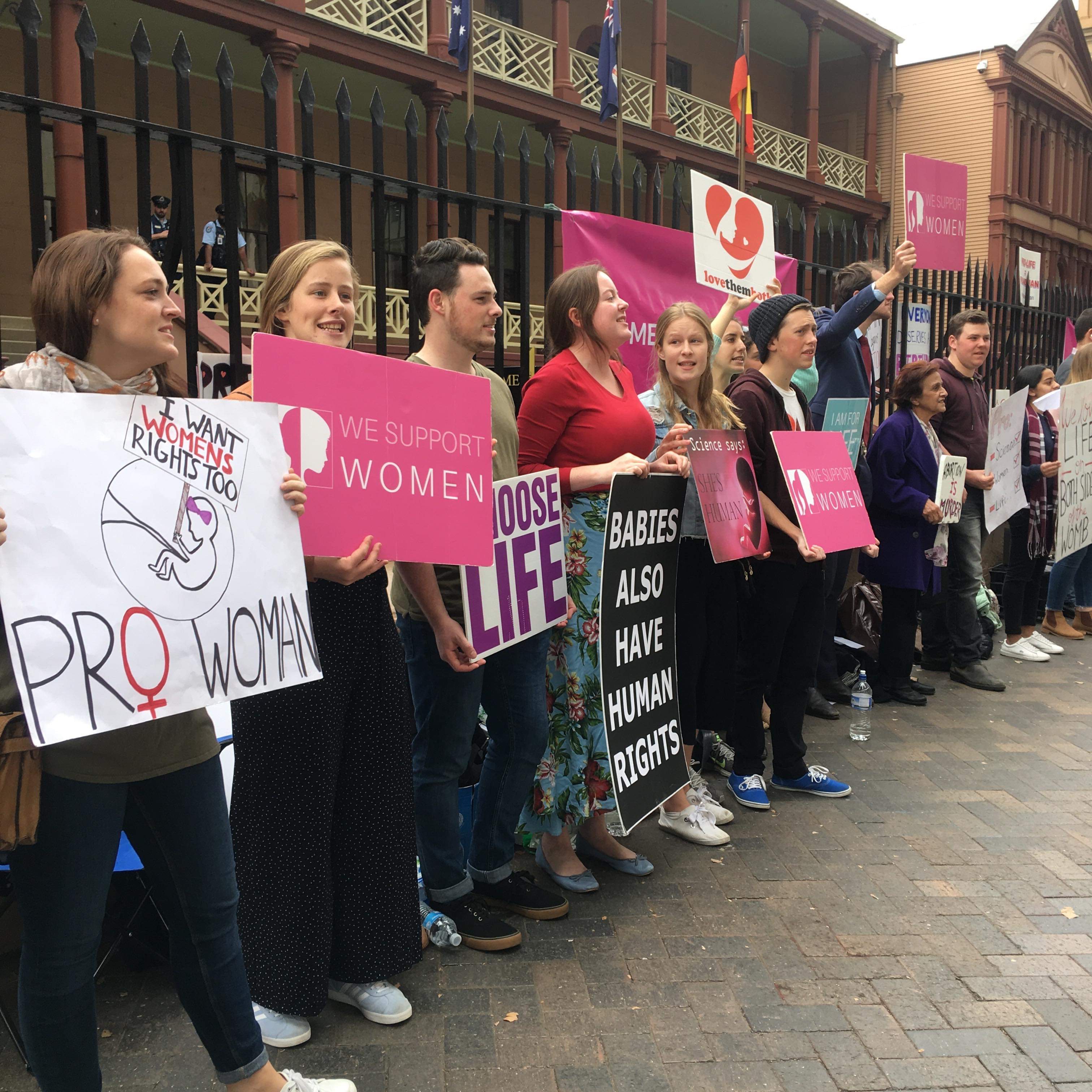 Protesters outside the NSW parliament where the new bill was debated. (Photo: Naomi Ferreira/Macleay)

Abortion is on the way to being decriminalised in NSW after the lower house’s bill on key amendments successfully passed its first hurdle.

NSW Minister for Health and Medical Research, Brad Hazzard, described his experience as “the best 11.5 hours (of) debating I’ve had in 28yrs in parliament”.

The next step to decriminalising abortion now hangs with the upper house, who are expected to debate the bill from August 20.

Several MPs argued their concerns on the Reproductive Health Care Reform Bill 2019 earlier in the day, the culmination of an intense debate in the state’s parliament this week.

Currently in NSW, ‘lawful’ abortions are performed by registered doctors when it is believed that physical or mental health is in serious danger by continuing the pregnancy. The law that has been in place and unchanged for 119 years.

However, protesters outside the parliament were loudly shouting chants in disagreeance with the bill and supporting the views expressed by Liberal MP, Tanya Davies.

Ms Davies argued that the threshold be changed from allowing abortions up to 22 weeks into the pregnancy, to only 20 weeks, arguing that babies survive when born at 21 weeks.

The member for Newtown, Jenny Leong (Greens), said: “No one wants to go through a termination at 20 weeks, at 22 weeks or at any weeks. They’re making the termination because they have found themselves in the situation where they have to make that choice.”

A motion to amend the bill was put to a vote yesterday but failed – 54-35.