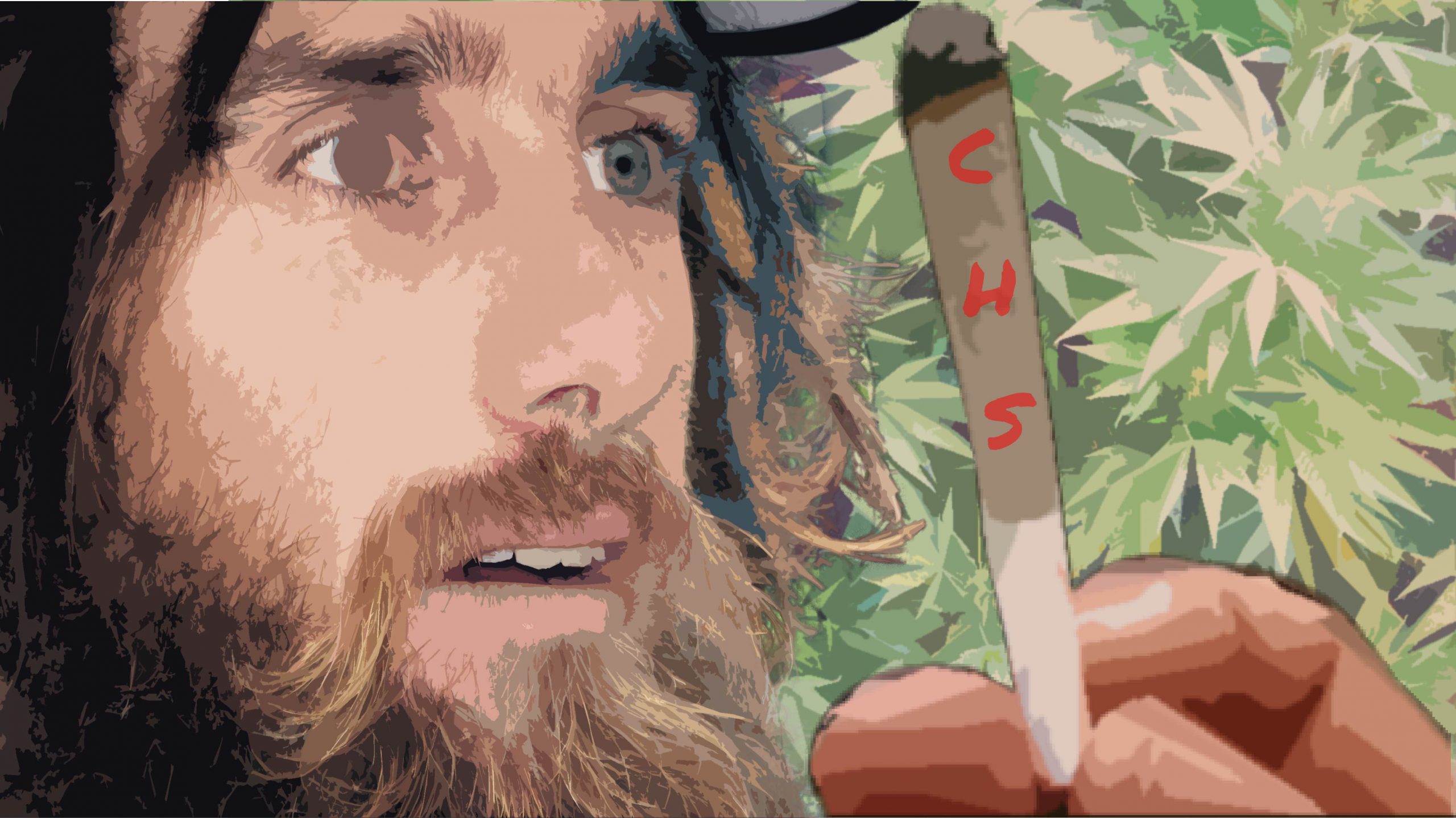 Inhaling his nightly joint, Ben Marsh felt the familiar light-headedness as the smoke entered his bloodstream. He closed his eyes and relaxed after another hard day’s work. But as dawn broke the next morning, he felt his insides rebel, propelling his legs to carry him to the bathroom.

Without even pausing to flip on the light switch, Marsh hugged the toilet, dropped his head and vomited violently. But the nausea did not subside.

The 33-year-old English-born fridge mechanic had never experienced anything like this in four years of regular marijuana consumption, and the unpleasant reaction did not recur for almost a decade. But then, in 2018, it came back with a vengeance.

Marsh remembered that, the first time it happened, he had felt a strange impulse to jump in a hot bath. This time, as he knelt with his head in the toilet, he heard water dripping onto the floor beside him.

Without thinking twice, he jumped in the shower and cranked the temperature up to scorching hot. To his surprise, it soothed his nausea.

“I’ve never had food poisoning, but I’d imagine that’s what food poisoning feels like,” says Marsh, talking in his bungalow in West Ryde, in north-western Sydney, where the sunlight is blocked by a dense canopy of trees.

“[It’s] just like fevers, sweating – you can’t move and all you want to do is throw up. For some reason, the hot showers and baths are the only things that relieve it.”

Marsh saw a series of doctors in England, where he was living, but they were unable to diagnose what was wrong with him. Eventually, searching Facebook, he came across an article which precisely described what he had been experiencing.

“I think this is what I’ve got,” he told his GP in Sydney, where he had moved in the meantime. The doctor confirmed that he was suffering from a condition called cannabinoid hyperemesis syndrome (CHS).

Although recognised by the World Health Organization, CHS remains widely undiagnosed. However, research shows it is on the rise around the world, hand in hand with increasing marijuana consumption.

“Our study showed that about a third of them had some level of CHS. That means, they had some amount of nausea and vomiting or abdominal pain that were helped by hot showers,” Habboushe tells Hatch.

After marijuana use was liberalised in the US state of Colorado in 2009, the number of patients presenting at a Denver hospital with repeated vomiting almost doubled.

The UN’s World Drug Report 2020 estimated that, in 2018, 192 million people had used cannabis in the past 12 months – four million more than in the previous year.

CHS was first documented in South Australia in 2004. Unfortunately for Marsh, his doctors in England hadn’t read the relevant journal paper. Only after he moved to Sydney in 2014 did he stop taking the ineffective drugs he had been prescribed.

“[They] put me on drugs for acid reflux, then said I had a urine infection and gave me antibiotics,” he says. The only thing that alleviated his symptoms was hour after hour of hot showers.

Once he lost the comfort of the hot water on his skin, his nausea returned.

“The hot shower only makes you feel better for the time that you’re in the hot shower,” explains Marsh, reaching for a joint with hands still covered in grease from the day’s work.

Yet showering can exacerbate the problem to a sometimes dangerous degree, on top of the continual vomiting. People who spend extended periods in hot showers actually sweat profusely without even noticing.

As a result, they can get severely dehydrated – and in some cases that has led to kidney failure and even, in some instances, death.

“Being in the [hot] shower probably isn’t going to help in terms of the sweating and the electrolyte disturbances,” Professor Nick Lintzeris, an addiction medicine specialist at the University of Sydney, tells Hatch.

Electrolytes are essential minerals found in the body, such as sodium and potassium. An even balance of electrolytes is required, and disturbance of that balance disrupts the body’s vital systems.

“I’ve talked to patients who’ve run out of hot water in their heater and they start boiling water and put it on themselves, scorching their skin,” says Habboushe.

According to Habboushe, a better alternative to hot showers is an over-the-counter, pain-relieving cream, capsaicin. “Capsaicin cream has been shown, pretty definitively, to help these symptoms,” he says.

“But honestly, there’s so much unknown about this [CHS]. It’s only been described about 15 years ago.”

Some studies have proposed that the increased tetrahydrocannabinol (THC) content of marijuana these days could be contributing to the rise in CHS.

“People have been smoking marijuana for forever, right?

“It’s not a new thing, but we’ve only started seeing this pattern recently. It probably has something to do with the strength of the marijuana,” says Habboushe.

In Colorado, the THC content of cannabis has increased by more than 200 per cent over the last 20 years.

For Marsh, this means that while he might be smoking less marijuana these days, he’s actually ingesting more THC.

Lintzeris doesn’t expect to see a cure for CHS any time soon. “It’s a relatively rare condition, almost certainly under-diagnosed, and the treatment is going to be short-term, so you can’t see too many drug companies falling over themselves [to find a remedy],” he says.

“It’s not like the race for a COVID vaccine, is it?”

That leaves patients with the options of hot showers, with their potentially serious side-effects, capsaicin cream – or quitting marijuana.

Despite reducing his intake, Marsh says he would find it difficult to give up weed altogether. However, if and when the next episode of CHS hits, he intends to take a break from it until he feels better.

“One thing about the sickness [is that] when it comes full on, when you realise that it’s actually weed that’s making you feel like that, then you don’t want to smoke weed no more,” he says.

Marsh’s current GP has given him some sound advice on how to avoid CHS – give up marijuana. “That’s the only cure – stop smoking weed.”

But for now, he’s continuing. Why doesn’t he just stop?

Marsh smiles and responds with a simple answer: “I like weed.”