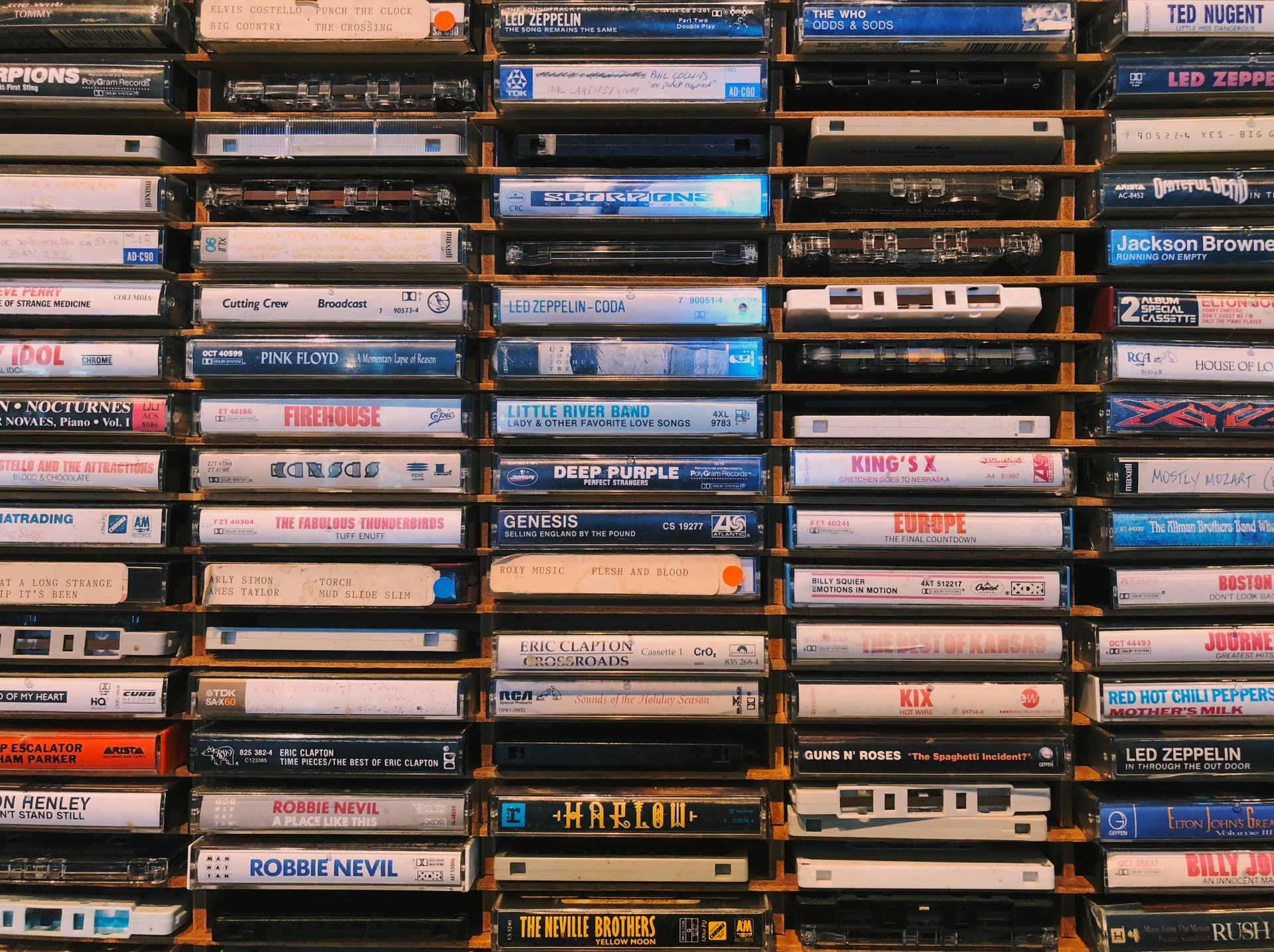 Cassette tapes are making a comeback after years in the discount bin. (Photo by Jon Tyson on Unsplash)

Our music, held together by tape

While nothing will replace the thrill and the energy of live gigs, digital streaming has allowed access to practically limitless music, in super high fidelity, for a fraction of the original cost.

All at the touch of a button – anytime and anywhere. What more could anyone want?

Yet in spite of this, the humble old cassette tape is making a come-back.

There are musicians and fans actively forgoing the modern conveniences for the tangible – and degradable – qualities of the cassette tape to release and listen to music on.

One such musician is Rick Sabbatini, who plays in dole wave band ‘Skink Tank’, releases solo albums by pseudonym R. Potoroo and ambient experimental albums under the name ‘Sewer or Later’.

“The sound (of tapes) is interesting,” he said, “all those oddities that happens with age and degradation, they just kind of add a texture that I find satisfying.”

“I’ve always liked lofi music because there was always something raw about it.”

When streaming music is so easily accessible, Rick enjoys the opportunities the limitations the technology can create, like ‘dropping into an experience’.

“It’s hard to just skip through things, you book yourself in for a full experience, a pretty attentive listening experience.”

Cameron Frew’s decision to release music on tape for his band ‘Bathhouse’ was born of practicality, as he was struggling to find a place to play CDs he bought at local shows.

“You’re really paying for a piece of merchandise,” he said, “as a tangible accessory for the band.”

“Then we’re just going to use the digital downloads, because that’s what everybody does.”

Seeing physical copies of albums as merchandise rather than the primary way for his audience to listen to his music, Cameron figured making tapes at home would be cheaper than CDs, and ultimately would look better too.

“When I first told people I was making tapes,” he said, “that was a little over a year and a half ago.”

“I think that people were a little bit taken aback by it at that time. However, I have noticed a resurgence.”

While we might still be a long way from seeing mainstream artists like Taylor Swift release her next album on tape, sceptics should be reminded of the resurgence vinyl records have made in the past ten years.

Once considered a largely obsolete technology, the subsequent price plunge meant second hand records became accessible to poorer musicians – including DJs for sampling – who otherwise would not have had access to music collections.

This culture revitalised the medium, and according to industry data from the Recording Industry Artists of America, records have out sold CDs for the past 5 years. That’s not even including the second hand trade, in which records likely vastly out-perform CD’s too.

Not everyone is excited by this resurgence however; Butch runs Rediscovered, a used record shop in Ballarat, and has noticed an increase in sale of used tapes, mainly by people who only have a tape deck in their car.

He doesn’t buy into the argument by ‘audiophiles’ (ie. people who love sound) that analogue formats like vinyl or tape produce a better quality of sound.

“The amazing thing about (audiophiles),” he said, “is they’ll spend 400 hours getting a stereo together and then they hardly play any music. It’s a weird thing. They like the sound qualities, but they’re not actually interested in the music that matches the sound of the music.”

“Whereas I’m into songs and songwriting and virtuoso playing CDs you don’t get any pops and clicks. But tapes, I think they’re one of the worst.”

The appeal of tapes could be a generational one, according to Butch.

“I don’t think you’d get many people over 40 that would buy tapes,” he said. “I think they’re the people that probably had some and realised how bad they were.”

This may touch on the core issue here; it’s often easy for people to be nostalgic of a time period or technology if they’ve never had to be burdened by the limitations or realities of it.

It’s precisely the imperfections of the technology which make it appealing to Rick, who will purposely seek out damaged tapes to record his music onto.

“I try to emulate the textures that really moved me with music I’ve heard on old tapes,” he said. “It’s hard to sort of synthesize that, a lot of it’s by chance.”

Ambient composer William Basinksi famously made the degradation of old tapes the central theme to his project ‘Disintegration Loops’, in which he recorded a short loop of almost indistinguishable music actively decaying over time.

As the track continues to play, each pass of the 5 second loop changes slightly from the one before, a little bit more of the magnetic strip of the tape stripping away each time.

In this way, the medium is the music. The listening, an experience.

Read a full review of ‘Disintegration Tapes’ by Pitchfork here, which does full justice to the piece and its incredible story.