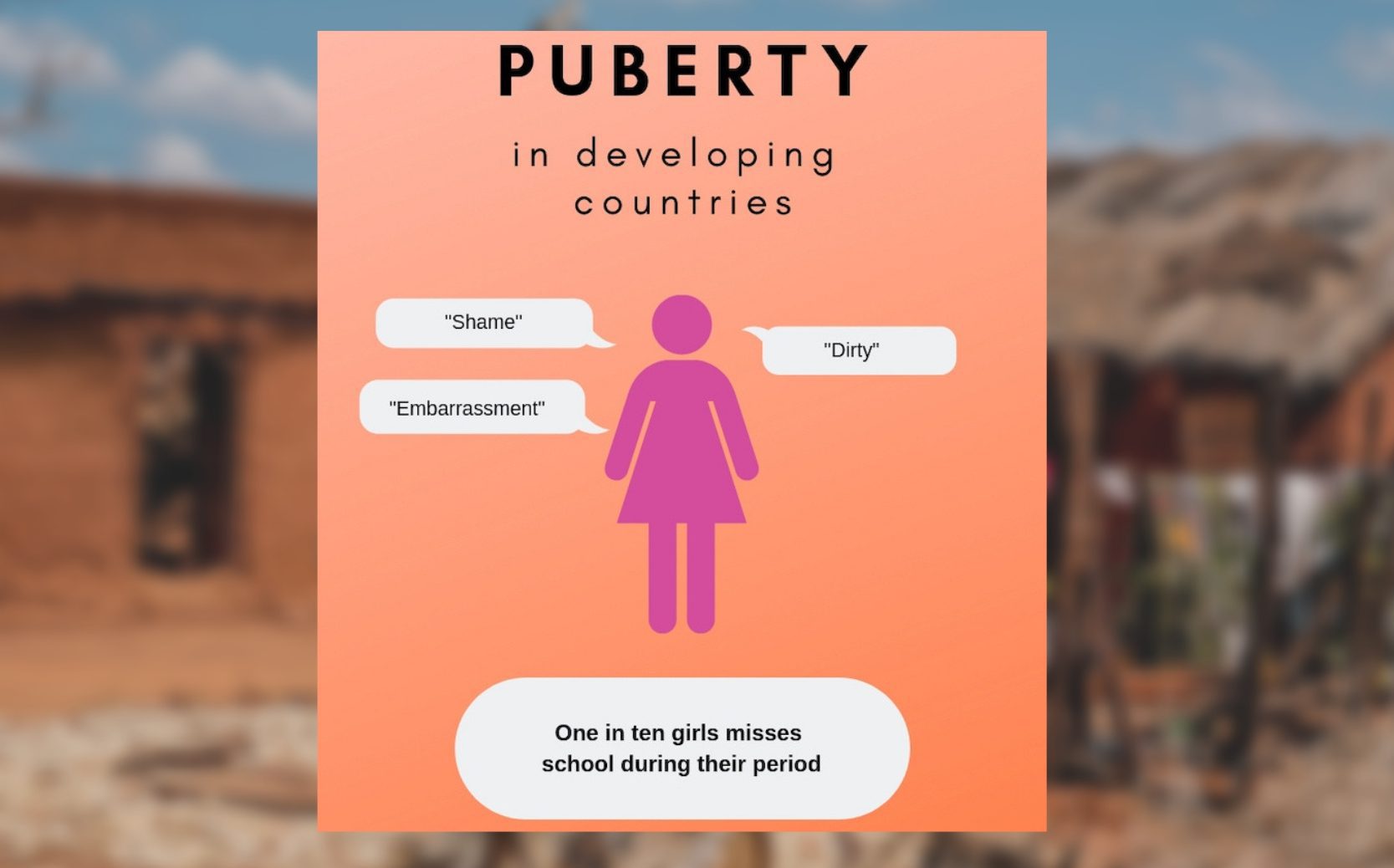 When the Victorian Government announced recently that it would provide free tampons to all schools, it brought to the public’s attention just how much sanitary products cost, and how many families struggle to pay for them.

While the promise is based on the government’s re-election, Labor argues that schoolgirls shouldn’t have to worry about access to a basic necessity. If it goes ahead, the roll-out would be an Australian first. Similar programs already exist in countries like Scotland and the US.

We’re announcing this. It’s an Australian first. It’s the right thing to do. pic.twitter.com/yVoxgBVMZs

It’s not uncommon for a teenage girl to be afraid to go to school or out in public when she has her period. The potential humiliation of that dreaded red stain is enough to keep them at home. And while it’s hard to imagine girls in westernised countries going through their “monthlies” without ready access to pads or tampons, in many countries it’s considered a luxury.

Globally, menstruation is a stigmatised issue. The impact of having your period – and its related health issues – has been neglected in many developing countries.

According to the global Water Supply and Sanitation Collaborative Council, more than 1.2 billion women do not have access to sanitary products. That can lead to poor hygiene – often the result of limited access to clean water – and a lack of education. In half of all developing countries, there is no safe place at school for girls to change their pads (if they have one). Those girls are constantly scared that their period will stain their clothes or that classmates will detect an odour.

The UNESCO report into Puberty Education and Menstrual Hygiene Management, found that one in ten girls in Sub-Saharan Africa is missing school during her menstrual cycle. That means she could be absent for almost a quarter of every school year. A lot of girls simply stop going to school once they begin menstruating – largely because they feel ashamed. Additionally, in Kenya, half of all school-aged girls do not have access to sanitary products.

In recent years, more manufacturing companies have been donating pads to those in need.

However, donations alone will not solve an even greater problem. Safe and clean toilets are needed. Good hygiene has to improve, and girls – along with their parents and teachers – have to be educated in the management and associated issues of menstruation. – @PangaeaLaura