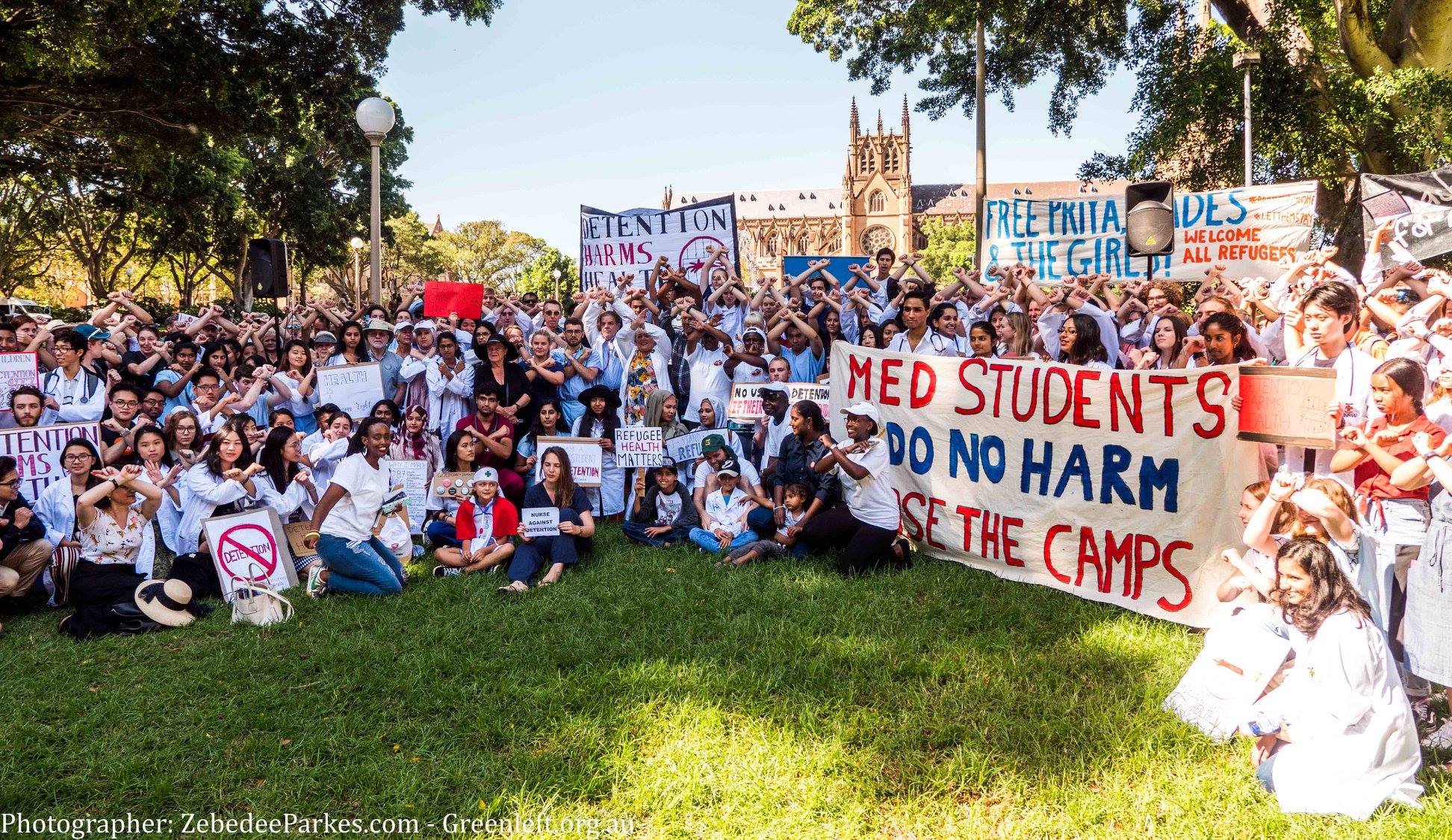 Hundreds of people joined the Australian Medical Students’ Association (AMSA) march at Hyde Park this month for refugees in detention on Manus Island and Nauru.

March organisers and supporters claim Australia’s offshore detention policy is jeopardising the lives of hundreds of men, women and children by forcibly detaining them in unsanitary living conditions that lack adequate access to medical care.

Refugee advocates were pleased to hear earlier this week that about 50 refugees are expected to soon leave detention on Manus Island and Nauru to resettle in America. About 2000 refugees remain in Australia’s offshore system.

The march was open to anyone who cannot tolerate the mistreatment of refugees in detention, attracting students, health professionals and community members. Hatch reporter Nicole Iliagoueva went along to speak to those involved.