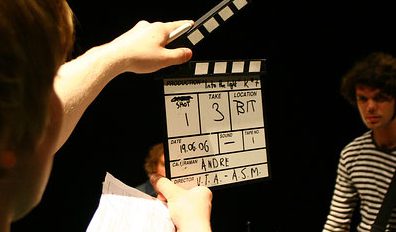 Theatre says the show must go on, despite social distancing

For the students at Maitland Repertory Theatre, the yearly production is the event they look forward to rehearsing the most, and they aren’t letting the recent coronavirus outbreak ruin their plans.

“This is the first time we’ve had to have auditions or rehearsals online,” said Leilani Boughton, director of the production Escape from Ragnarok Mountain.

“The children are adjusting really well despite the circumstances, a lot of them seem to be enjoying the sort of change in pace.”

The show was originally scheduled for showing throughout July, but now it’s highly likely to be postponed until next year.

Boughton says this hasn’t dampened the spirits of any of the students.

“They’re all thinking very positively about it, like the longer they can rehearse the better the show will be.”

Fergus Beahan-Goff, a 16-year-old student entering his third year with the theatre company says the online rehearsals offer him a break from the monotony of quarantine.

“It was good when school was still on, because it was like a break from that,” he said.

“And now in the holidays it still gives me something to look forward to in the day, and it helps me to still stay in contact with my friends who I can’t see right now.”

One friend in question is Dylan Smith, who attends the same high school.

The two enrolled in the theatre classes together, however this would be their first production as co-stars.

I’m honestly so thankful for technology allowing something the children were working so hard towards to continue, even if its a bit different.

Smith said he was looking forward to their first time sharing the stage, especially the combat scenes.

“It would be fun to practice play fighting with each other, even though I would definitely win,” he jokes.

Described as an ‘epic fantasy tale’, safe combat training was a necessary part of rehearsals.

Programs like Zoom are still helping the cast to practice these things at home, Boughton says.

“I’m honestly so thankful for technology allowing something the children were working so hard towards to continue, even if its a bit different, they grew up in a time where they just know how to work these things so they’re resilient enough to adapt.”

The students still attend internet rehearsals twice a week, as well as added holiday classes to keep them busy at home.

They’re not letting the current circumstances get them down, with plans to hold the concert as soon as possible once the social restrictions have ended.

“I don’t care if the production doesn’t happen until the end of next year,” Beahan-Goff said.

“Acting is my passion and I’m lucky to still be able to do what I love while in quarantine. So I’m gonna stick with it.”