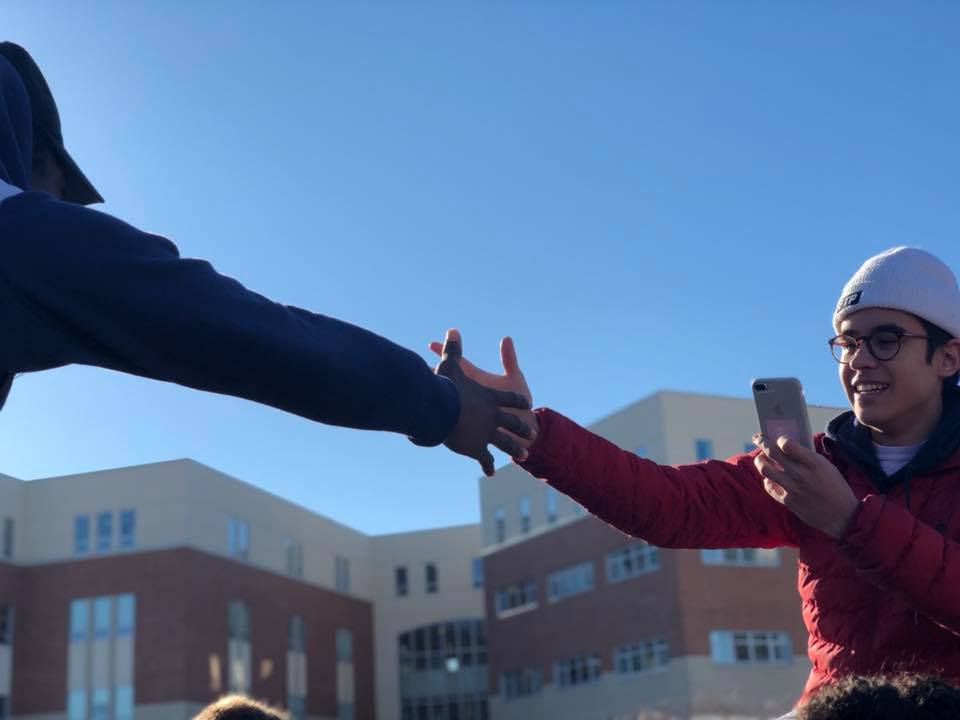 Why we are walking out

Thousands of students across America are expected to take part in another school walkout on Friday to continue protests against school violence and calls for tougher gun controls.

The April 20 National School Walkout, which commemorates the 19th anniversary of the 1990 Columbine High School shooting, follows both the National Walkout and the March for our Lives in March, in reaction to the shooting at Stoneman Douglas High School, Parkland, Florida on February 14. Columbine was the deadliest high school shooting in US history, claiming 13 lives, until 17 people were killed in Parkland.

Hatch spoke to US high school student Isabella Wordsworth, 16, from Wayzata High School, Minneapolis, who participated in the previous walkouts and planned to take part tomorrow. It is estimated over 2000 walkouts, with at least one in every state, will occur tomorrow at 10am EDT (12am Saturday AEST).

Isabella shared her thoughts and photographs of her school friends at Wayzata who participated in the walkouts. Her school has only two entrances, despite having more than 3000 students. It has installed bullet proof glass and has police officers patrolling the school.

She says of the mood at the walkouts: “Energy was crackling in the air … and when we observed moments of silence for the victims, a solemn air settled upon the students, teachers and parents.”

“Every time there is a school shooting it pulls into question, am I safe?” – Genevieve Smith