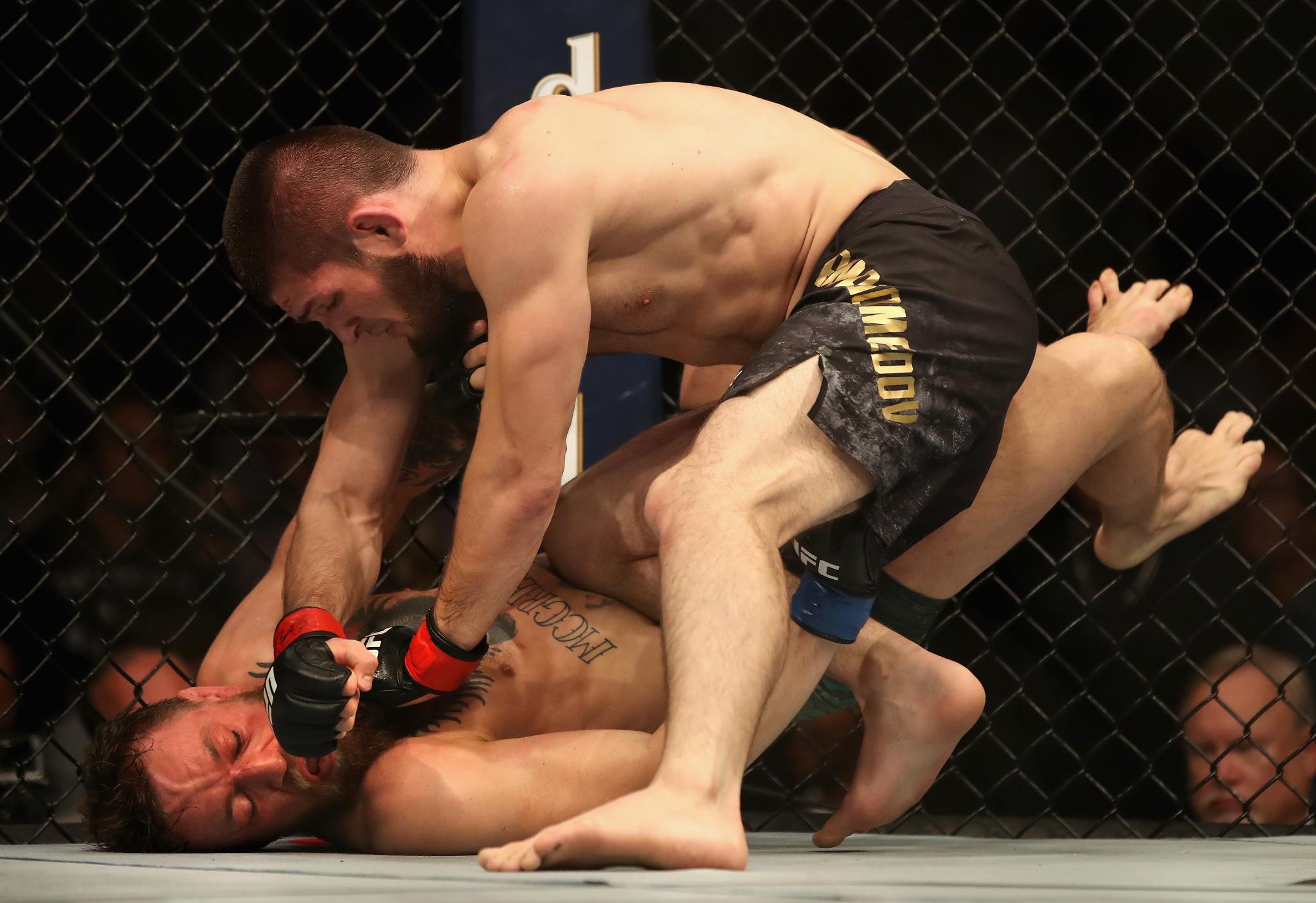 The night that made cage fighting look bad

Months before the fight, one of the combatants, Irishman Conor McGregor, threw a steel trolley through the window of a bus carrying his opponent, Khabib Nurmagomedov. Straight after the bout, a triumphant Nurmagomedov jumped out of the ring and attacked his rival’s training partners.

Even Mike Tyson – who knows a thing or two about dirty fighting – commented: “Crazier than my fight riot.” (This was a reference to the riot which followed his fight against Evander Holyfield in 1997.)

Welcome to the Ultimate Fighting Championship (UFC), an international mixed-martial arts competition where two “artists” of the sport (eat your heart out, Meryl Streep) fight inside an octagonal cage in front of a baying crowd.

It’s never pretty – but the recent bout in Las Vegas pushed the boundaries, reigniting debate about a sport often accused of being barbaric and uncivilised. The Nevada State Athletic Commission – which withheld Nurmagomedov’s US$2 million (A$2.7 million) purse –  will hold a hearing into the fight this week (October 24) to determine what sanctions, if any, should be levelled against the pair.

Nurmagomedov posted an ultimatum on Instagram, threatening to leave the UFC if his team-mates face any punishment because of the brawl.

Both McGregor, superstar of the UFC and one of the world’s highest paid athletes, and Nurmagomedov, the UFC’s lightweight champion, were escorted out of the T-Mobile Arena by the Las Vegas Police Department after the fight. The Russian’s team-mates were arrested but were released after McGregor refused to pursue charges.

Some wondered why McGregor even agreed to such a low-purse fight after earning more than US$100 million when he boxed Floyd Mayweather in 2016. “I’m here for the love of this game, love for competition,” he explained before the fight.

There seems to be a history of bad blood between him and the undefeated Nurmagomedov, dating back to a verbal altercation he had with McGregor’s close training partner, Artem Lobov, at a media event a few days before the attack on the bus in New York. That latter incident in April led to McGregor being arrested.

During the pre-flight promotion, the two fighters exchanged insults that crossed lines of religion, country and creed. McGregor told ESPN:

Watching the @TheNotoriousMMA vs @TeamKhabib fight. Unimaginable never thought it would go down like this.  Crazier than my fight riot.

The fight itself played out as many had predicted. Nurmagomedov’s wrestling became too much of a force for the Irishman, and a tired Conor McGregor was submitted by rear naked choke in the fourth round. Nonetheless, McGregor did show the best defensive wrestling against Nurmagomedov that has been seen in the UFC.

Fans were quick to recognise that the post-fight antics were more exciting than the actual fight. “It felt like I was watching breaking news … It was very exciting,” said one fan, Ben McMahon. – @natewarburton