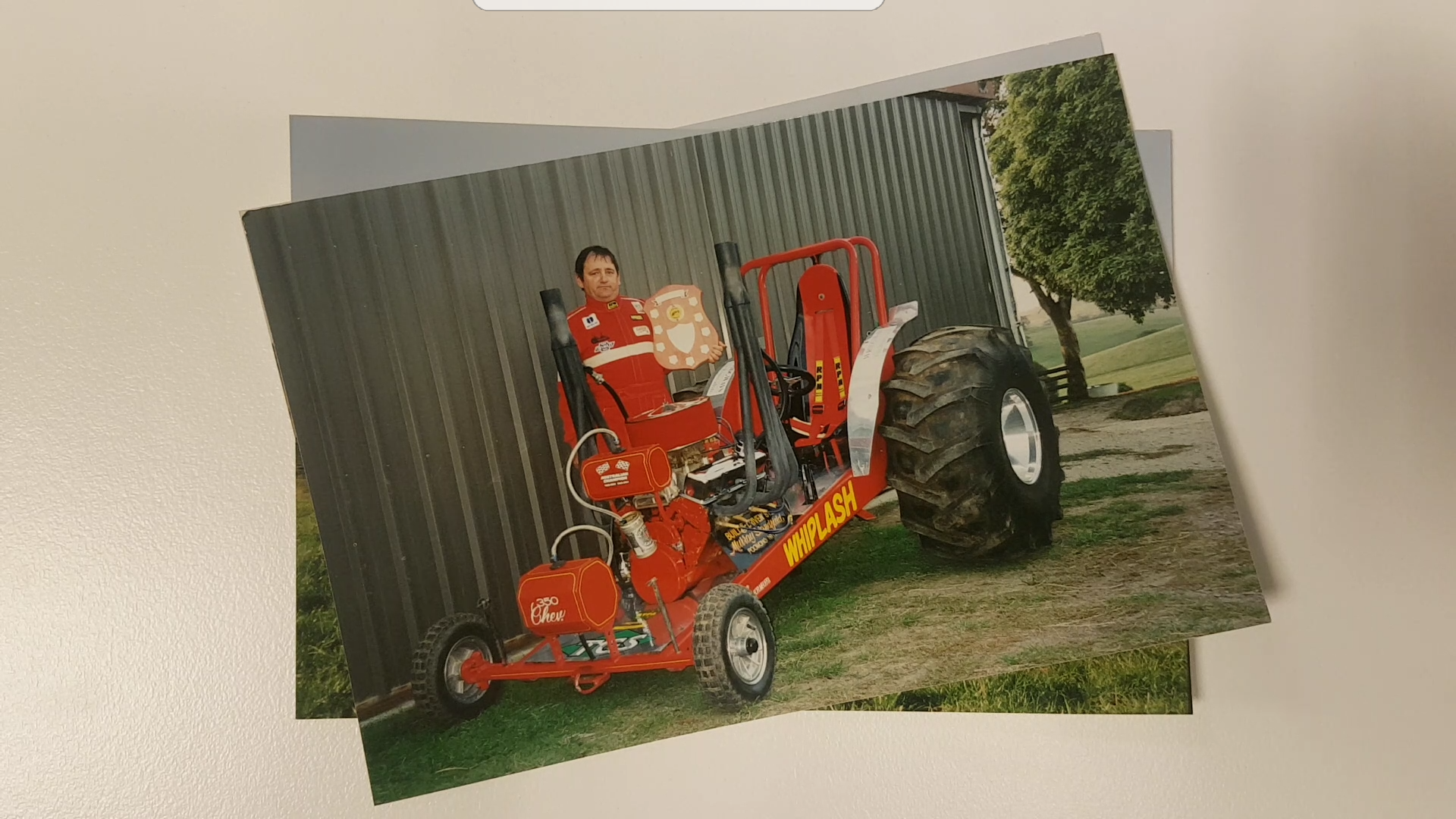 The Wonderful World of Tractor Pulling

When you ask three-time Australian Tractor Pulling champion Murray Standfield what his favourite thing about the motorsport is, he simply points to one thing:

“There’s no other motorsport that runs straight out of pipes,” he said, sitting in the same shed he constructed his title-winning tractor in over three decades ago.

Tractor Pulling, a sport in which competitors drive highly modified tractors, originated in the United States in 1969. It quickly found its footing here in Australia, and just last year celebrated the 40th anniversary of competition down under.

“Tractor Pulling is a motorsport where we try and pull a weight over a 100-metre dirt track,” the former dairy farmer from South Gippsland explains.

“As it’s going up the 100-metre track, the weight increases. So, the further you pull it, the heavier it gets. Whoever pulls it furthest wins.”

Murray’s lifelong obsession with Tractor Pulling started in the early 1980s, when a friend of his took him to the season’s final meet at Quambatook.

“I came home and I think it was two years later I was up there competing. I got a sixth-place finish in my first event.”

Since then, Murray has won three titles – all in a row. His first championship occurred in the 1999-2000 season and concluded with his third in 2002. In addition, he came runner-up another four times.

As the decades rolled on, Murray’s set up became more professional. From the outset, though, he did almost everything himself — admitting that made things quite difficult at times. Eventually, he developed an entire team around him that made the whole process much easier.

“My brother-in-law, Scott Robjant, was a good help to me over the years,” he reflects.

“Quite a few years back we had four tractors here from Gippsland. We bought a semi-trailer, and we’d put all four tractors in the trailer and away we’d go.”

“Unfortunately, the other three guys went their separate ways because of work and other reasons. That’s probably why I haven’t gotten back into the sport. Once I didn’t travel with those guys anymore, I kind of left mine broken in the shed for ten years.”

Despite not competing full-time for a decade, Murray says he is ready to get back into it in the near future.

“I got it going for the 40th anniversary of Tractor Pulling last year,” he said.

“I don’t know how competitive my tractor is now, against the others. When I went back 12 months ago, I felt my tractor wasn’t right. When I did run it though, I got a second placing which surprised me. I’m thinking ‘what have these guys been doing for the last ten years?’” he said, with a laugh.

Despite what may happen in the future, Murray is secure knowing he has reached the top of the sport multiple times during his career. For him, his ambition to get back boils down to one simple thing: