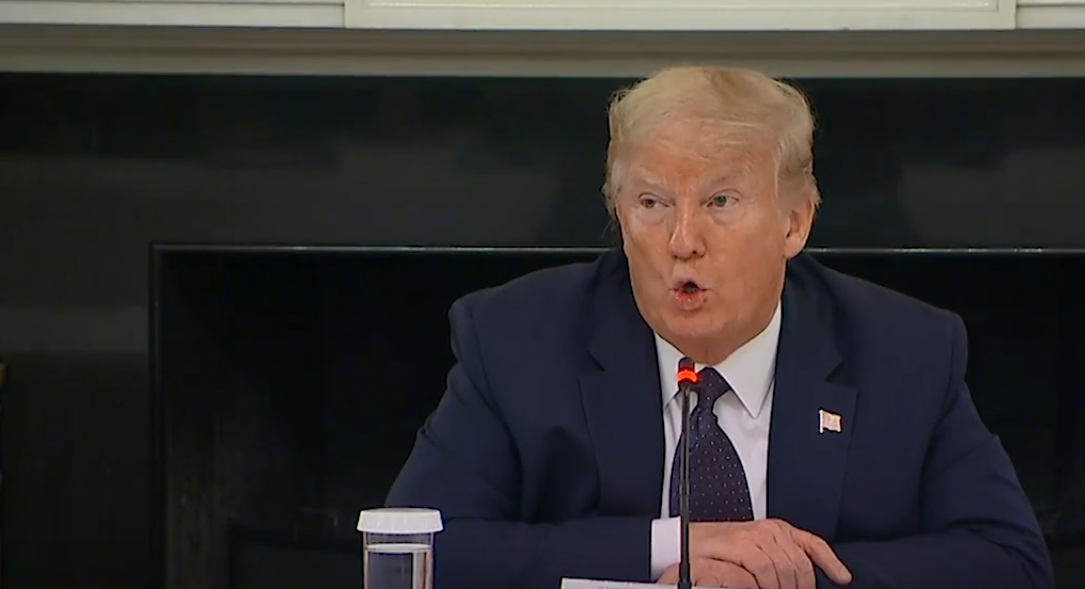 Trump has had a combative relationship with Twitter, despite his frequent use of the platform. (Photo: The Hill)

‘Trump vs Twitter’ is a fight he could lose

Trump signed the order on Thursday, just days after Twitter added a fact checking link to two of his tweets in which he claimed – without evidence – mail in ballots would lead to greater voter fraud.

This was the first time the social media giant has taken steps to fact check tweets from any user, despite ongoing calls from many to regulate the content of their platform.

“The choices Twitter makes when it chooses to suppress, edit, blacklist, shadow or ban are editorial decisions,” Mr Trump said.

“In those moments they cease to be a social platform and become and editor with a view point.”

Until now, social media platforms have avoided legal responsibility for the content posted on their sites largely due to Section 230 of the Communications Decency Act (CDA).

It is this act which the executive order will target.

Signed into law in 1996, the CDA gives websites broad powers to moderate their own content – particularly to remove pornography – without the threat of legal challenges.

This sets them apart from newspaper publishers, who are held to be responsible for what they publish.

Section 230 has been described by some experts as ‘the 26 words which created the internet’.

Removing this protection may have unintended consequences for the president however; if Twitter becomes obliged to remove legally damaging or inflammatory posts, many of Trump’s own tweets may be targeted or removed.

This is particularly relevant to tweets in recent weeks by the President promoting an unfounded conspiracy theory that MSNBC host Joe Scarborough murdered a staff member when he was a congressman.

No link to the murder has been established by any law enforcement agency, and the staff member’s widow has written to Twitter asking it to remove the tweets, but so far they have not.

It is unclear what impact signing this executive order would actually have. An executive order does not have the power to overturn existing law and federal courts have repeatedly refused to see cases regrading Section 230 in recent years.

Meanwhile, Twitter has doubled down on its new policy of fact checking, adding labels to hundreds of tweets in recent days.

This includes many tweets incorrectly identifying an officer involved in the recent killing of George Floyd, an African-American man whose death has sparked widespread rioting in Minneapolis.