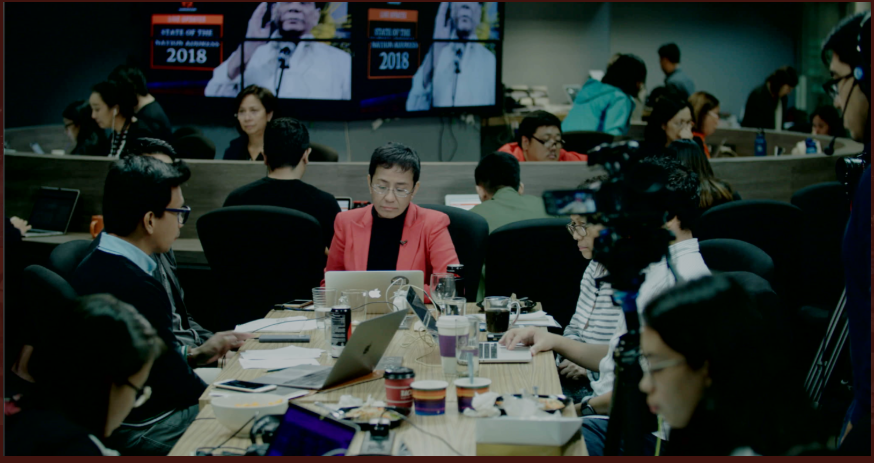 Truth, power and press freedom: The trial of Maria Ressa

In a test case for press freedom award-winning investigative journalist and CEO of Rappler Maria Ressa faces her first verdict in a Manila court tomorrow.

Charged with the crime of “cyber libel”, the first of 11 cases brought against her, a conviction could see Maria sentenced to seven years in prison. If convicted on all counts, it could mean another 70 years behind bars.

In an online panel discussion, less than 48 hours before her first ‘judgment day,’ Ressa said she is prepared for the worst, but hoping for the best.

“I’ve really grappled with this for some time, as the verdict date comes closer and closer I know that is there, but the way we accomplish things are to face our fears,” she said.

“When it does come down on Monday, yes I’m on trial, it was faster than normal but I feel like it’s like our own legal system on trial. It’s like the saying, proper preparation prevents piss poor performance, I’m prepared for the worst, Rappler is prepared, but we are hoping for the best.”

PBS Frontline and International Centre for Journalism hosted the panel with Maria, the documentarian behind A Thousand Cuts, the film about Maria’s fight for press freedom, Ramona Diaz, and Frontline Executive Producer Raney Aronson.

The documentary which follows Maria’s journey from her first arrest on 13 February 2019 streamed for free in the Philippines on Independence Day (Friday, 12 June) and was available for 24 hours.

Award-winning director Ramona Diaz initially wanted to do a documentary on President Rodrigo Duterte’s bloody drug war. But this changed, she said, when she met Ressa.

“When I met Maria, I knew it has to be press freedom. The documentary is the intersection of the destabilisation of democracy with the rise of authoritarianism and the suppression of press freedom that is being felt around the world right now,” she said.

“Maria is fighting for the rights of journalists and the free press, the scenes we were able to capture shows you what it’s like to be on the frontline of this fight.”

Frontline executive producer Raney Aronson said she received a flood of messages after the film was shown at the Sundance Festival in January.

“The light bulbs went on, and they will go on when people around the world see this film,” she said.

“What Maria is facing is what a lot of journalists around the world are facing in real time, our super power is journalism, if you were to come up with a real superhero for this fight, it’s Maria.”

A Thousand Cuts has received praise from the Filipino community and over 266,000 views on YouTube in the 24-hours it was free to stream.

In the footage, President Duterte says: “Your boss, what is her problem?” And: “You all crazy, you reporters will be allowed to criticise us, but you will go to jail for your crimes.”

The Duterte government’s war on critics appears to be escalating in recent weeks with the national broadcaster ABS-CBN being shutdown on May 5, despite public protests. Lawmakers also passed the Anti-Terrorism Act of 2020, which allows warrantless arrests, weeks of detention without charge and other measures that rights advocates fear could be used to crack down on peaceful government opponents.

“The passage of this anti-terror bill with just a president’s signature essentially institutionalises the death by a thousand cuts,” said Ressa.

“This anti-terror bill could essentially codify, institutionalise the abuses – what we used to say of abuses of power… Even the definition of what a terrorist is could be expanded. A government critic could now effectively be made a terrorist if the Anti-Terror Council (ATC) decides you’re a terrorist,” Ressa said.

To those who posted comments on the online discussion expressing their feeling of helplessness, Ressa responded: “Don’t feel helpless; this is your chance to build the democracy that we deserve, if you don’t do anything, we will get what we deserve.

“Embrace your fear, it’s OK to be afraid but build a community, the film has shown in that the last 24 hours there are people out there, it’s OK to be scared, but it’s what we do after that is what matters. Keep holding the line.”