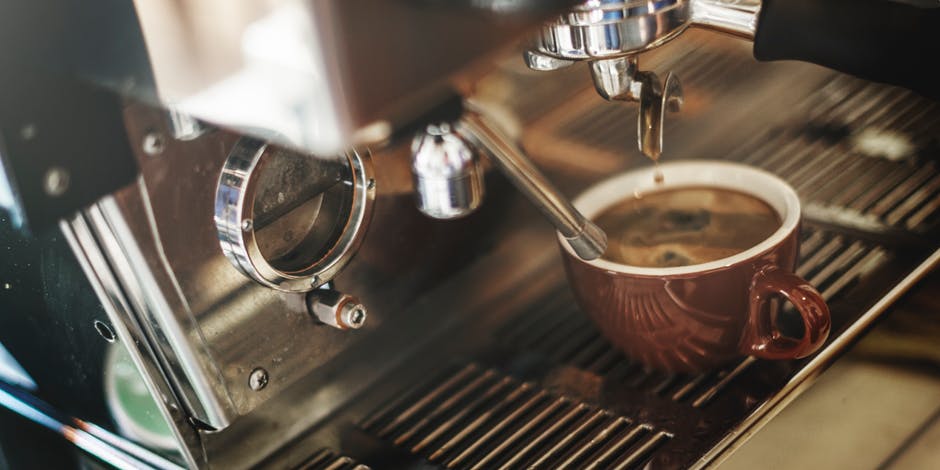 What’s your poison? The changing face of coffee in Australia

As Alfonso Ceso pumps out the orders, the aroma of freshly ground beans and the hiss of steam fill the air.

It’s the start of the morning coffee run: the busiest time of day for Caffe Te Ria in Five Dock, in Sydney’s inner west.

Mr Ceso migrated from Naples five years ago, joining the many Italian migrants who have made Australia their home. He brought his traditional knowledge of coffee, helping to enrich the country’s drinking culture and social life. After working in several coffee shops, he opened his own in Five Dock’s main shopping street.

In Australia, coffee used to consist of a muddy cup of instant Nescafe, hot water and full-fat milk. But post-war migration from Europe has transformed our coffee culture, making us choosy and serious about what we drink.

In coffee’s homeland, Italy, ordering un caffè (a coffee) will get you one thing: a simple black espresso, drunk at any time of day. In Australia, you might request a cappuccino (consumed only in the morning in Italy), a latte, a long black – or even a flat white, an Australian invention.

So, if you were to walk into a cafe here and just order “a coffee”, most probably the barista would stare at you blankly.

But culture is not just about what goes in the cup. In Italy, people never drink an espresso sitting down; they stand at the coffee bar and quickly finish it in a sip.

For a cafe owner and barista such as Mr Ceso, culture imbues his work, shaping his approach to the art of perfecting a coffee. However, he also recognises the importance of adapting to customers’ changing tastes. That has meant introducing dairy-free milk alternatives, including soy milk and almond milk — even coconut milk and rice milk.

In his view, Australian coffee drinkers “can be very picky compared to the Italians”. He says: “At one stage we use to like our milk hot, but recently tastes have changed and we no longer heat our milk past 55 or 60 degrees.”

Coffee consumption habits vary. According to a 2017 research study by Roy Morgan: “When it comes to cafe culture, Melbourne leads the country. In an average three months, 63.3 per cent of Melburnians pay at least one visit to a cafe for coffee or tea, ahead of Hobart residents (62.7 per cent) and Sydney folks (61 per cent).”

Another study, by the magazine Inside Small Business, found that Sydney cafes open, on average, at 8am, while those in Melbourne open at 9.30am – clearly, Sydneysiders crave their first caffeine hit earlier in the day.

Coffee culture has changed beyond recognition since Italian migrant Rinaldo Massoni installed the first Gaggia machine in his cafe in Bourke Street, Melbourne, in 1929. Migrants from Italy and Greece brought stove-top espresso makers in their luggage, helping to make coffee a part of Australians’ daily lives.

Baristas and coffee roasters are now part of the Australian workforce. Massimo Sam, the owner of Caffe DM in Mortlake, also in Sydney’s inner west, is a coffee roaster who wholesales his product around Australia: “To achieve the perfect taste, a mix of seven different single origins are combined together to create a blend that meets even the highest expectations,” he says.

Australians’ high expectations were illustrated when Starbucks opened 84 cafes in 2000, only to close 61 of them eight years later. We simply didn’t like the coffee.

While a dusting of chocolate was added to the cappuccino after it arrived on our shores, the flat white is wholly Australian (although New Zealand has tried to claim it). It is believed to have been invented in 1985 by Alan Preston, owner of Sydney cafe Moors Espresso Bar.

Also still popular is the plain espresso. For some, coffee is an art form, particularly when it comes to etching the design in the foam on top of the latte. Adam Chong, a barista at Oliver Brown cafe in Concord, says, “It is the idea of designing a delicate artwork with coffee and milk froth, commonly flowers and birds.”

If you’re lucky enough to visit Italy, be careful if latte is your favourite coffee. Order one in a cafe there, and you’ll find yourself being given a glass of cold milk. – Words and photographs by Laura Foggetti @laurafoggetti, editing by Kathy Marks