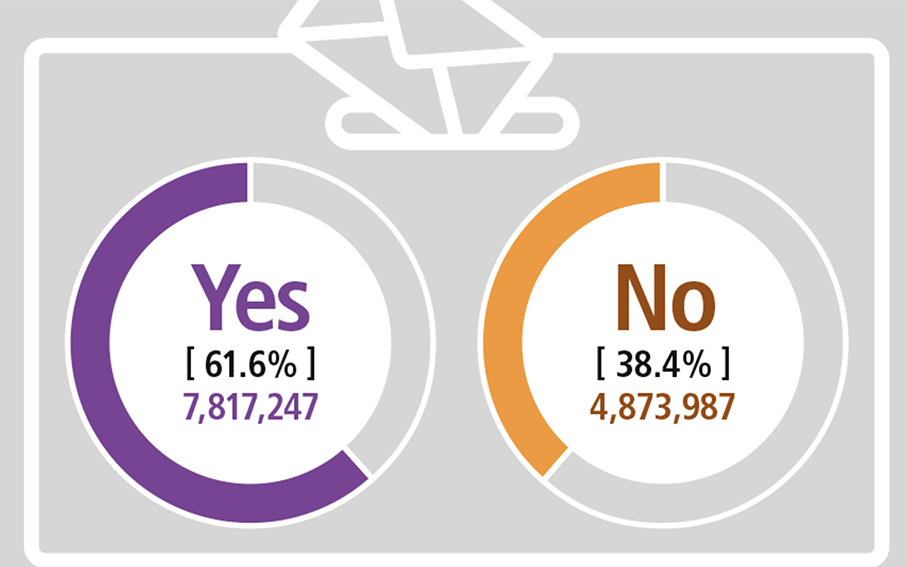 Why wasn’t the ‘Yes’ vote higher?

While same-sex marriage advocates welcomed the “Yes” result, some expressed disappointment that support for a change in the law was not higher.

The 61.6 per cent majority in favour of change was somewhat lower than some opinion polls on the issue had predicted. In particular, the 57.8 per cent “Yes” result in New South Wales surprised many people, given that Sydney is considered one of the world’s leading LGBTI cities.

Some observers pointed to the high participation rate of older people, who might be expected to have more socially conservative views. According to the ABS, nearly 87 per cent of all Australians aged 70 and above returned their postal surveys. By contrast, only just under 72  per cent of people aged 25-29 took part.

Another reason for the “Yes” result not being higher may well be that some advocates of legislative change boycotted the survey on principle.

And the opinion polls, which have veered in recent years between showing half to two-thirds of respondents in favour of change, were nowhere near as representative as a national survey in which 12.7 million people participated.

While some assumed that younger voters would boost the “Yes” vote, others warned that younger Australians might be less inclined to bother taking their non-binding survey to the postbox.