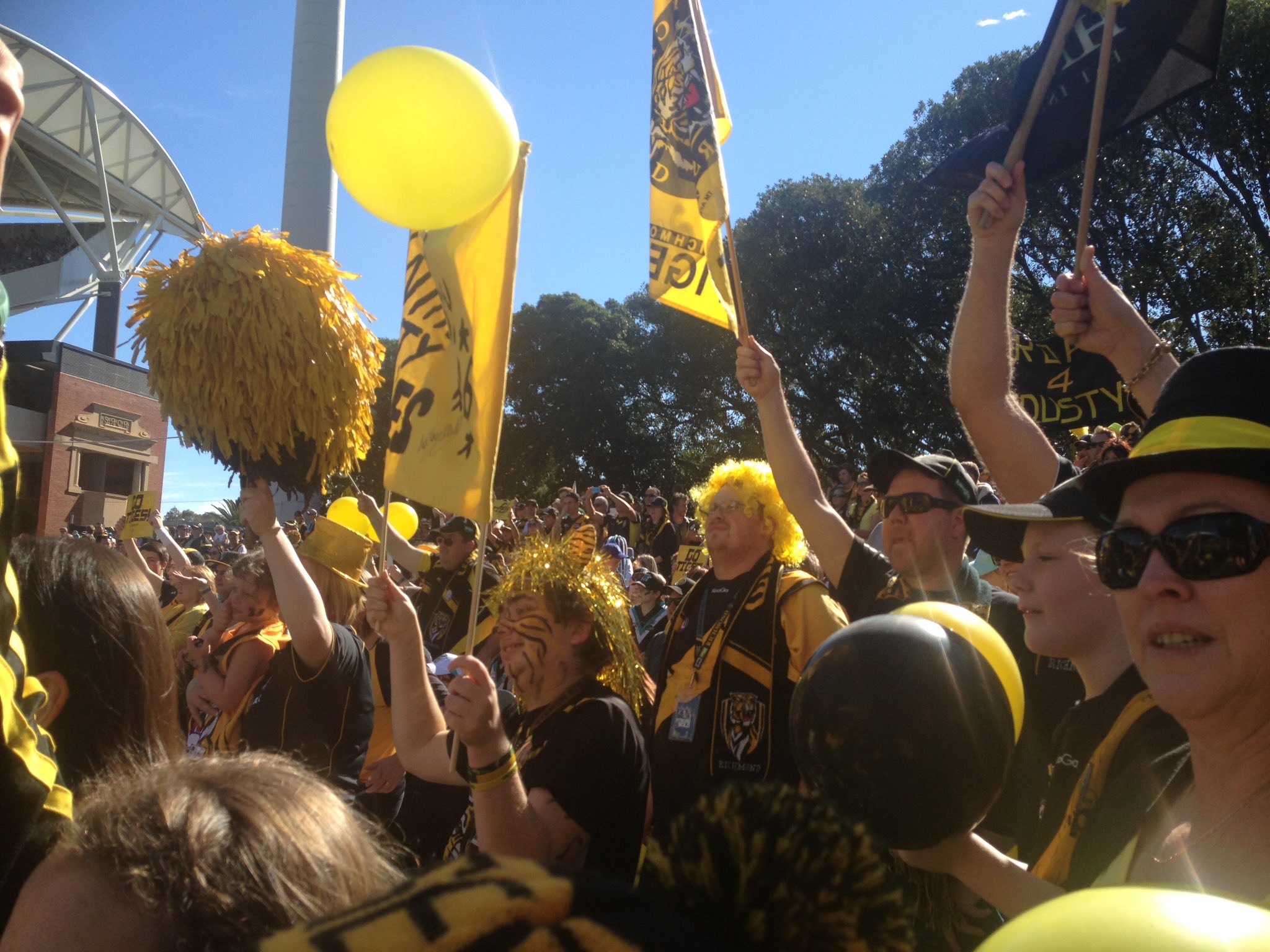 Away grand final leaves most Cats, Tigers supporters at home

The preliminaries are done and we have our two grand final teams. Victorian superstar squads Richmond Tigers and Geelong Cats are heading to Brisbane’s Gabba for the first grand final since 1991 not held at Melbourne’s iconic MCG.

With just the clubs and AFL VIPs allowed into the game, loyal members of the clubs’ cheer squads have been left disappointed … or fortunate, depending on where they live.

Will, a member of the Richmond Tigers cheer squad, is lucky to live in Queensland and managed to buy tickets to the big game for himself and his family.

“I’ve been a Tigers fan for over 50 years,” he said. “I’ve seen them play once or twice a season for years. We were absolutely beside ourselves when the hubs were announced. We’ve attended seven games this season, plus the Lions’ qualifying final.”

Despite being one of the lucky ones, Will is still thinking of those faithful back in Victoria who are going to miss out.

“We just love our footy,” he said. “(We) are mindful of the situation with our magnificent friends from down south. Our heart breaks for them. I’ve no idea of the stress of a full-blown lockdown.”

Adding to the surreal event, this will be the first grand final held at night in Australian history, and its lead-up has been controversial. The AFL secured COVID-19 travel exemptions for 400 VIPs who arrived weeks ago and spent quarantine partying at a luxury resort.

At the same time, a couple expecting twins in northern NSW was told it would take too long to get an exemption to enter Queensland for emergency surgery. Local health officials told them to fly to Sydney instead.

“Four hundred AFL officials from coronavirus central will go across the border into Queensland,” said Deputy NSW Premier John Barilaro. “Yet a young family can’t get emergency healthcare across the border.”

Thrilled though he is to have the grand final up north, Will objects to the way the AFL, and the Queensland government, secured the deal.

“I think that we live in a society that is absolutely spilt on class boundaries,” he said. “Those with enough money, wealth and gravitas always get the spoils in this country.

“Forget about the footy for a second. This is a bloody highly contagious virus. Everybody must abide by the same rules. But, hey, I’m not part of entitled rich, white Australia.”

Back in Melbourne, mad Tigers supporter Cheryl Critchley has been following the yellow and black since she was a little girl, watching her first Tigers final, with her friend Teresa, when they were just 14 years old.

Cheryl and her friend at their first footy final (Photo: Twitter)

“That day was the best,” Cheryl said. “I stayed at Teresa’s house the night before and we sat up all night finishing our outfits, then we sat in the Richmond Cheer Squad, three rows from the front behind the goals.

“Richmond beat Collingwood by 81 points so it was the best day.”

Despite not being able to attend the game this year, Cheryl doesn’t mind that other fans are getting a chance.

“I’m OK with Queensland fans attending the game because it’s not their fault that we can’t go,” she said.

Victorians are locked out of Queensland and unable to go to the game unless they first travelled and quarantined for two weeks in the Northern Territory, a loophole some thought of in advance.

In this most surreal of years, however, most Victorians will be watching the grand final confined to their homes under strict Stage 4 restrictions.