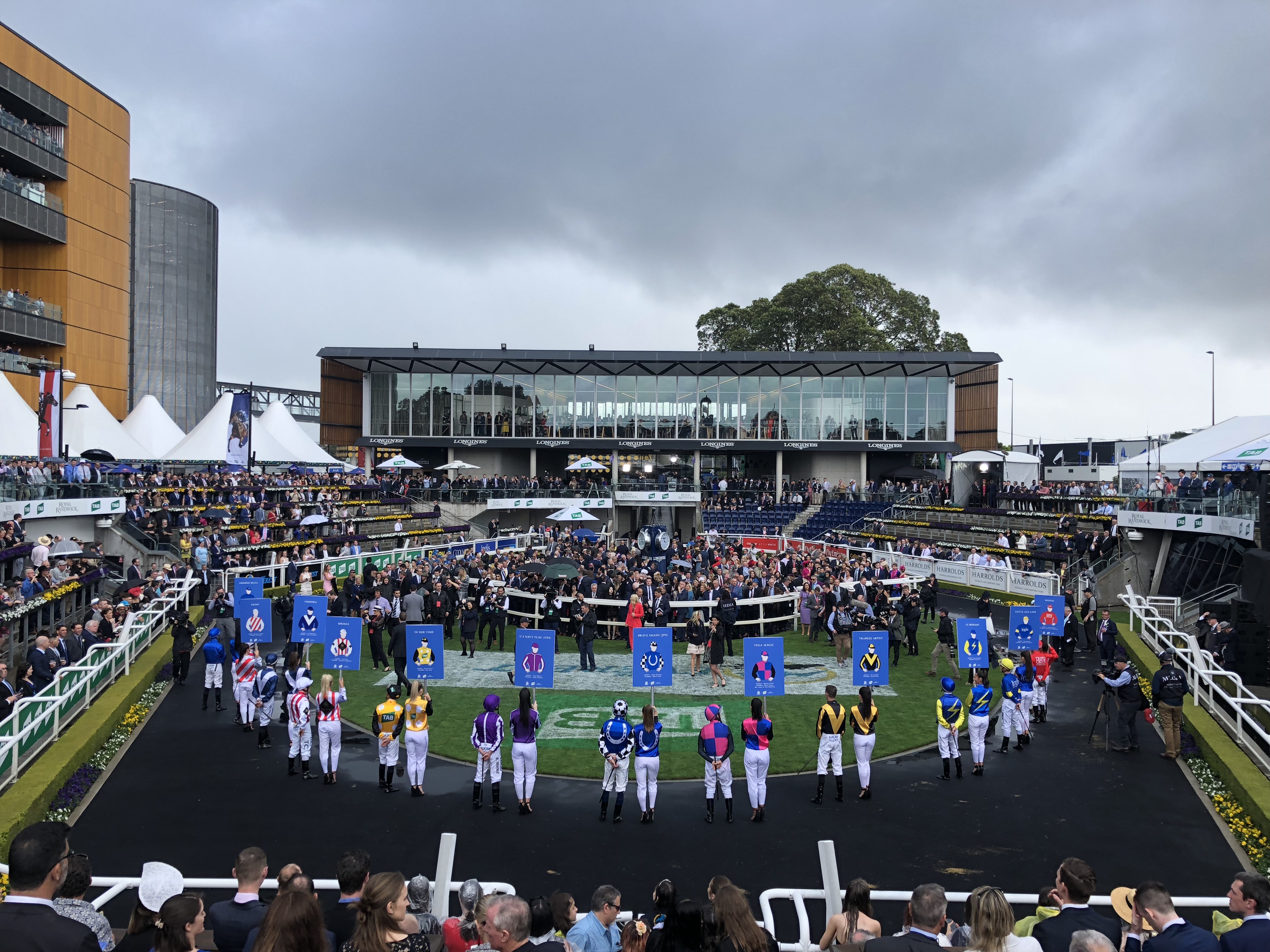 There was an abundance of colourful frocks, sharp suits and eccentric fascinators, and the crowd fought for a view of the thoroughbreds galloping down the final straight.

But this wasn’t one of the races at the Melbourne Cup Carnival, which drew to a close this weekend; it was Everest Day in Sydney last month, when Australia’s best country racehorses got to show off in a curtain-raiser to the main event, called the Kosciuszko.

This year’s Everest Day was marred by the row about advertising it on the Opera House sails. But for rural and regional communities, the country race – worth $1.3 million this year – brings them much needed attention. It also focuses interest on the country racing clubs which attract visitors, helping local economies, and provide a morale boost for country towns.

While country racing has made great strides in recent years – and is now larger than the metropolitan racing scene – it remains close to its grassroots fans.

Horses racing in the Kosciuszko were nominated by members of the public, who could buy $5 tickets at TAB outlets in NSW or Australian Hotels Association pubs. In September, 12 lucky punters were drawn and chose a thoroughbred they believed would take the top gong.

By contrast, the horses that ran in the main Everest race were picked by millionaire slot-holders, who paid $600,000 for the privilege.

While country racing has a history in NSW dating back more than 200 years, it has really taken off only in recent years. The 1,200-metre Everest race, which was watched by more than 40,000 racegoers this year despite driving rain, was introduced only in 2017.

Like metropolitan racing clubs, NSW’s 122 country clubs give back to their communities. According to a 2014 report by the NSW Government, nearly 800 charities and community organisations are financially assisted by the racing industry, while more than 550 community groups share racing’s facilities and resources.

With nearly 500 country race meetings held at more than 100 tracks across the state each year, these events draw increasingly large crowds to towns such as Scone, in the NSW Hunter Valley, known as the “Horse Capital of Australia”.

“The excitement is real on the day of the races…

“[We have this] beautiful setting of the racecourse that is set up for a great day of racing. The town is alive, with many of the hotels and clubs ready and open with entertainment for the after-party when the races are over.”

The events are family-friendly, with picnics, races for young children, popular musical acts and fashion displays.

In Wagga Wagga, members of the William Farrer Hotel Super Punters Club won a slot in this year’s Kosciuszko. Many travelled to Sydney for the race, in which their horse, Awesome Pluck, ran third. Others watched the action at the pub and were thrilled by the $200,000 bonus.

The boost to prize money this year for country racing – the Everest winner’s owner took home only $500,000 last year – reflects the sport’s growing popularity. The purse was increased this year because last year’s event was so successful.

Sky Racing’s Brad Davidson traces the growth of country racing to the introduction in 2015 of the Highway Handicaps. These weekly races for country horses over summer, which were added to both country and city meetings, give country trainers the opportunity to bring their horses to the metropolitan tracks of Sydney’s Royal Randwick and Rosehill Gardens.

“It puts country racing on the big stage and gives them a platform on the big Saturdays of racing,” says Davidson. “Now we see a massive extension of that with the Kosciuszko.”

With bigger prize money than average country races at the time they were introduced, the Highway Handicaps are now a staple feature of Saturday race programs.

Davidson says: “We’re fortunate in NSW that racing is very healthy in the state and we’ve had several prize money increases over the past three or four years. There have been so many country cups as well which have been boosted from $50,000 to $100,000.

“It means the owners get more money back and then they have money to reinvest into the sport. They can buy better-priced yearlings at the sales, or better-priced horses from interstate, to bring to the country stables.

“It’s only going to increase the level of racing right through the state.”

In addition to targeting the summer and winter months of racing, country trainers are now aiming for the autumn and spring carnivals in NSW.

The Country Championships race, created in 2015 to support country racing and showcase its horses at big race days, is now part of The Championships at Royal Randwick in autumn.

Tamworth-based trainer Melanie O’Gorman’s horse Suncraze finished second in this year’s Kosciuszko race. Ms O’Gorman says that having a runner in the race gave pride and a morale boost to everyone on her team.

The Tamworth Jockey Club allowed Ms O’Gorman to work Suncraze on its racecourse, so as to give her the best possible preparation.

“The local media was very supportive and did a lot of coverage,” she says. “It was a big thrill for everyone involved and in the area. I think people were very happy to see a Tamworth horse in the race.”

Mark Bode, a journalist with the Northern Daily Leader, says Tamworth has rallied around the racing industry for many years.

He says the racecourse attracts big crowds, particularly to high-profile meetings such as on Melbourne Cup day, “with marquees set up, live music and people dressed to the nines”.

Unknown country horses are now getting the chance to compete against well-renowned city thoroughbreds, according to Bode, and “attracting people to the sport who ordinarily would not follow it”.

Ms O’Gorman says the big country races are keeping the sport in rural regions alive. “Without them, I probably wouldn’t still be training a horse like Suncraze.”- @livsilk