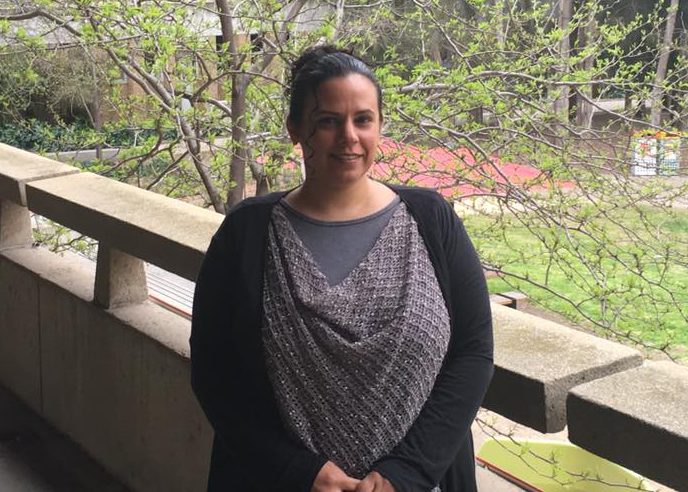 Jacinta Silovic is an advocate for a polyamorous lifestyle. (Photo: Jesse Robertson)

Examining the merits of polyamory

Western societies’ attitudes towards non-traditional forms of love and marriage have shifted monumentally in the last ten years.

Last December’s marriage equality plebiscite was regarded as a landmark moment in changing the way governments, as well as the general public, see love and relationships in Australia.

But bubbling beneath the surface is a phenomenon that has remained largely unexplored and unaccepted in the mainstream. And so, polyamory continues to carry with it a serious stigma.

Polyamory is the practice of engaging in more than one romantic relationship simultaneously, and appears most commonly in a V-form, where two people are involved with the same common partner but not with each other.

Alternatively, these relationships may come in the form of a triad, in which all participants are romantically linked.

Jacinta Silovic is a member of one of Australia’s largest Facebook groups for pro-polyamory individuals. The La Trobe University student met her current partner six months ago, and things got interesting when she began to develop a rapport not only with his his wife, but also with that woman’s younger boyfriend.

“Penguins mate with the same penguin for life, that’s their nature,” said Silovic, “but us, I don’t think we’re programmed like that.”

“I really feel like there’s not one person who can meet all of one person’s needs.”

She met her partner online and was immediately alerted to the fact that the 35-year-old was already married at the time. To Silovic’s surprise, she was told the man and his wife were keen to explore new potential partners.

“I thought it was a little … different to have an open marriage where you can still see other people,” she said.

“There weren’t jealous feelings with (his wife) but … it felt strange. I just stuck with it because I got on really well with him and now I’ve met his wife and we all hang out together.”

Monogamous living didn’t necessarily come easily for Silovic, and it was through these initial experiences with polyamory that she felt free to lose her inhibitions in the world of open love.

“I was monogamous for ten years with the same man,” she said. “I never cheated on him, but there were many times where I felt a connection with someone else.”

“If humans were truly meant to be monogamous, why would we have these feelings when you’re supposed to be committed to only one person?”

“As long as everyone is open and honest about things, I really don’t see the problem.”

Perhaps unsurprisingly, the revelation that changed her own life would impact on others around her. Jacinta’s six-year-old daughter hadn’t been introduced to the concept until the current relationship began.  But for all the stigma in society, Silovic feels the effect on her child was minimal.

“She doesn’t really know much different,” Silovic said. “I guess she sees that the kids at school all have a mum and a dad.”

“She knows that mum has a partner and that partner has a wife, and I say ‘Some people choose to have one special partner, but others can have more than one’. We’ve had days where we all go to the park and stuff, so I don’t think she’s too affected by it at all.”

But ultimately the biggest challenge facing the social acceptance of polyamory has been the stigma surrounding the perceptions of the community’s sexual practice, and the lack of morals it implies.

So is there a place for polyamory in mainstream relationship culture? Is this a practice opening doors to a new world of love, or simply a sexed-up generation running wild?

“It would be really beneficial for society to learn what it’s about. It’s really liberating.”

Silovic is firm that these theories of immoral lifestyles and wayward love triangles couldn’t be any further from the real experience.

“I think they need to realise that it’s not about sex,” she said. “That’s the stigma, even my mum didn’t realise what it was.”

“She was a bit like, ‘but what happens if you get feelings for him? He’s married!’ so she didn’t really understand it, and I feel like a lot of people don’t. Most people don’t have any idea.”

“Poly’s not all about going around having sex with whoever you want to. It’s about fostering meaningful relationships with other people.”