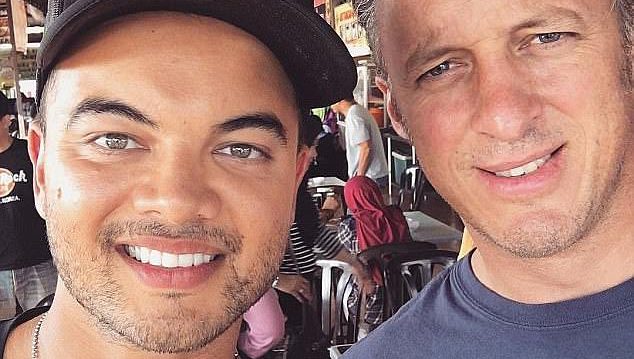 Guy Sebastian’s former manager is taking the fight to amend his bail conditions to the NSW Supreme Court in an attempt to attend the upcoming Robert Whittaker UFC bout.

Titus Day, 47 from Bondi, is currently on strict bail conditions following his arrest for allegedly defrauding the singer of $1.15 million and is facing 61 counts of dishonestly obtain financial advantage by deception. He denies the allegations.

On Friday afternoon at Downing Centre Local Court the Sydney Morning Herald reported a magistrate refused to change his strict conditions. He will now front the Supreme Court on Monday morning appealing this decision.

Day is seeking to amend his bail conditions to allow him travel to Abu Dhabi for a fight night to support his “last major client”.

Barrister Murugan Thangaraj SC argued to vary Mr Day’s bail to allow him to fly out to Abu Dhabi to support former UFC world champion Robert Whittaker as he takes on Englishman Darren Till in a fight on 26 July.

Day, who has denied the allegations against him, is currently on strict bail conditions where he is required to report daily to police, pay $10,000 surety and was required to surrender his passport.

In his application for bail his lawyer said he was willing to pay $100,000 surety and claimed he would be escorted back to a plane once the fight was over.

Magistrate Michael Antrum was not convinced, however, and raised concerns that the global pandemic could find Day stranded overseas, thus delaying “the orderly administration of justice”.

“In my view it is not an application that can be granted in those circumstances, and the seriousness of the charges that Mr Day is facing,” the Sydney Morning Herald reported.

Sebastian, who is a judge on Channel 9’s The Voice is currently head-to-head with Day in a Federal Court civil suit where they claim they owe the other hundreds of thousands of dollars.