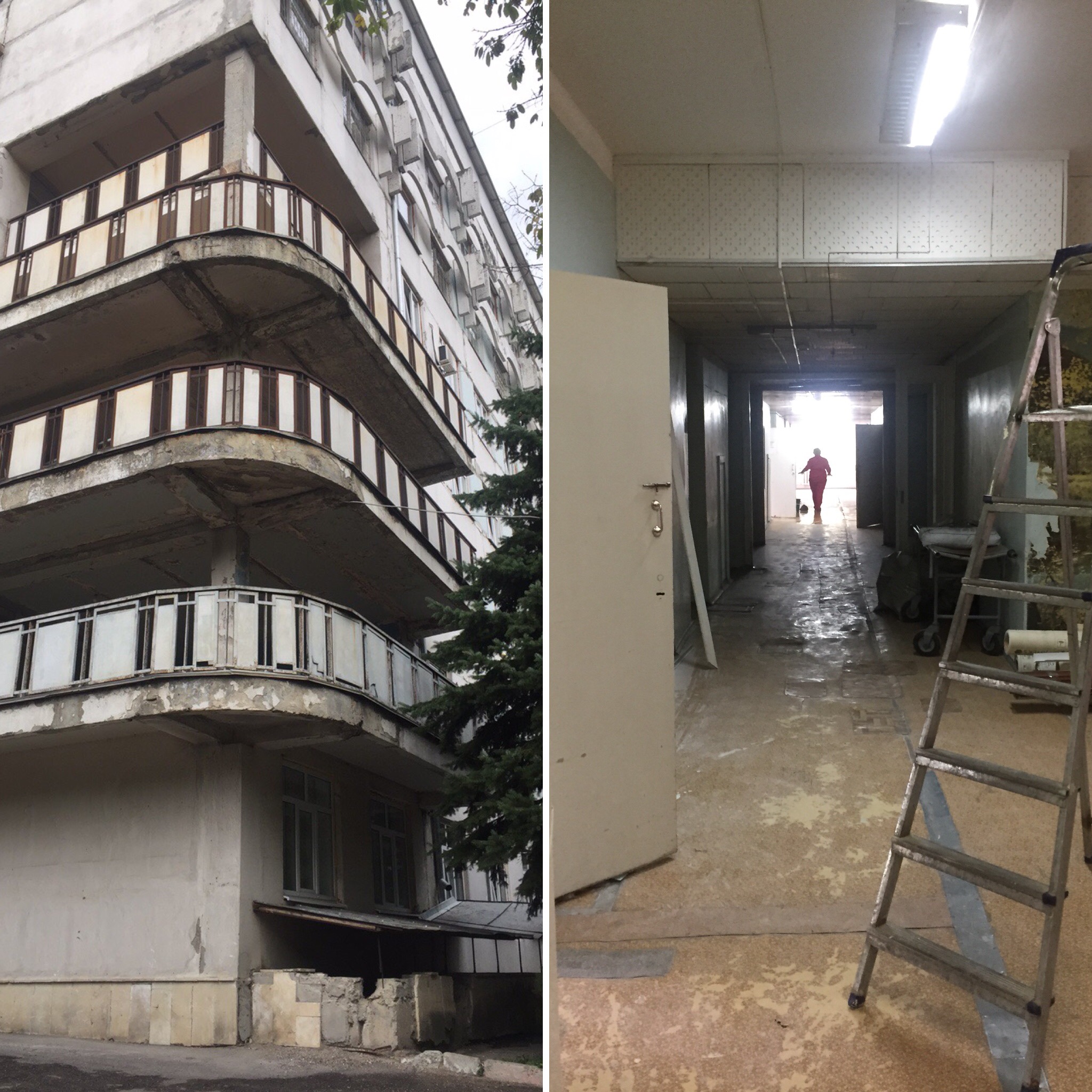 Hatch reporter Nicole Iliagoueva was rushed to a Russian hospital during a recent family holiday.

What she experienced there prompted this warning to other young travellers.

The Russian government’s decision to cut healthcare funding by a third not only reduces the standard of medical care to that of a third world country, but also raises red flags for Australian travellers.

What the travel brochures won’t tell you, is that some hospitals are riddled with bribery, lack medical supplies and specialists, and staff drink on the job – something this writer experienced first-hand.

Once there, I had to walk in (in Australia you’d be wheeled in). I then discovered rooms have no windows, benches are stained, toilets are unclean and toilet paper needs to be bought. As does medication.

My mother used to work at this hospital as a doctor 25 years ago. She was shocked that patients had to pay for basic care.

“This isn’t how things were back then,” she said. “Medicine, food and other operations used to be free.”

Emergency surgery is still supposed to be free in public hospitals, but this hospital charged $100AUD and did not accept travel insurance – arguing that the cost of the surgery was too low. In addition to the official charge, there was a lot of extra money-changing hands.

The hospital essentially functions as a self-service facility, which would be difficult for those travelling without family or friends to assist them.

There are no buzzers, no bedding, no electric beds and no handles to help patients hoist themselves up.

The food supplied by the hospital isn’t personalised to a patient’s needs… and has to be bought.

In terms of the accommodation, there are “regular” and “luxe” rooms.

The regular rooms have up to seven people in them. There are no windows, the floor tiles are broken, the bedding is dirty and dust dances across every surface.

You have to make it down the hall to one of the two bathrooms on every level, with only three toilets per bathroom.

Seeing this, my uncle (who organised the surgery) asked to see the luxe room. The luxe room is smaller, as it accommodates only one person, but it has a bathroom with a shower, a window, a bedside table and another small table.

In terms of staffing, there are only two nurses on each level of the hospital. This limited supervision is likely to be what led me to suffer an inflamed vein where the drip had been held in my arm for eight days.

[blockquote style=”2″]I was afraid to leave [Nicole] by herself overnight. They didn’t change the bloody bandage on her arm in time and it’s dangerous to keep the drip in when the medication inside is finished. [/blockquote]

Furthermore, a stitch was taken out by a doctor earlier than the surgeon recommended. This resulted in a nasty infection that prolonged the healing process.

Travel Safety Expert at World Nomads, Phil Sylvester, says that this is exactly the situation that travel insurance is designed to handle.

“Once you’re in a hospital and we’ve been alerted, we contact the hospital administration and negotiate the payment of appropriate surgery,” he said.

“We have medical staff as part of Emergency Assistance teams.

“They would make an assessment over the phone and also call and speak to the doctors treating you.

“If there was any suggestion they were unwilling to perform procedures we thought necessary, we’d move you to a hospital where you would get the care you need.”

In addition to this emergency response, travellers are provided with tips in advance that are tailored to their specific destination.

(Below: Phil’s travel tips for Russia.)

Drinking on the job

Russia has one of the highest alcohol consumption rates in the world with the average person consuming 15.1 litres a year.

It’s worrying, but perhaps not surprising, that many medical staff and security guards drink on the job.

According to a cousin, this is regarded as a normality in Russia.

“It helps them deal with emotions and function better while working”, he said.

One nurse mentions that her husband is unemployed and her son is disabled, so she asks for long hours; yet the low pay still isn’t enough to sustain her family.

“I was furious with the poor treatment of the patients,” Galina (my mother) says.

“Especially when my daughter was feeling ill the night of the surgery and I found the nurse sleeping… only to lift her head and say that she’ll check up on her [Nicole] in the morning, before letting her head fall back down like a bowling ball.”

This is the same nurse who, after the operation, rolled me into my room.

She’d shakily picked me up, her breath smelling of alcohol, and plonked me on the edge of the bed. The jolt made the room spin around me.

After leaving Pyatigorsk and its First Government Hospital, it emerged that this was not an isolated experience.

A government inspection of the hospital has since been carried out and a meeting with the relevant Health Minister is scheduled.

Right: Nicole gives the thumbs up as she gets ready to leave the hospital.

Featured image: The exterior and hallway of the First Government Hospital, Pyatigorsk.