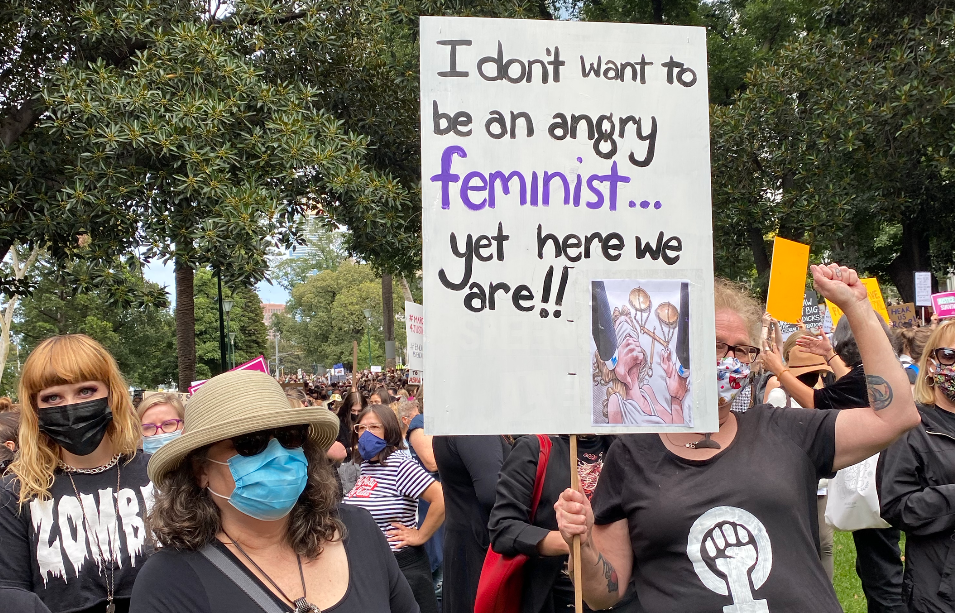 I’m grateful for a lot of things, but Scomo’s comment on the March 4 Justice rally isn’t one of them

On Monday, as women around Australia attended March 4 Justice events in eager attempt to end gendered violence and urge the Federal Government to address issues of rife sexism, assault and workplace safety, Scott Morrison, in true Scomo fashion, rose to the occasion with an odd encouragement for those rallying, saying, essentially:  It could be worse, you could be shot.

“This is a vibrant liberal democracy,” Mr Morrison told Parliament. “Not far from here, such marches, even now, are being met with bullets, but not here in this country.”

By “bullets”, he’s referring to the protests currently taking place in Myanmar, which has resulted in countless protester deaths.  The protests came after the military seized control of the country and detained Aung San Suu Kyi, the National League for Democracy leader.

The way protesters in Myanmar are being treated is disgusting.  After all, they’re exercising their rights to protest safely, a right that is integral to democracy.  But it seems that Scott Morrison’s comparison was only made for comparison’s sake.

Unsurprisingly, the PM’s comments were met with boos and mumbles of disgrace, not just in the House of Representatives, but Australia-wide.

Prior to the protests, organisers called for Morrison to attend the March 4 Justice rally in Canberra, urging him to show solidarity with those marching. Instead, he offered a meeting inside parliament to a delegation from the protest, an invitation March 4 Justice organisers turned down.

Our Prime Minister had a choice.

As somebody who is meant to be a leader, a champion for those with voices not as loud as his, a point of difference, he could have overturned years of toxicity in workplaces and schools and reformed women’s rights.  He could, at the very least, have condemned the boys’ club he is so often accused of being entwined with.

Instead, he chose to be tone deaf yet again, and expected praise for calling a meeting and not having armed forces shoot protesters.

Well, thanks, Scomo.  I’m SO glad nobody was shot for demanding basic human decency.

The protests come just weeks after former Liberal staffer Brittany Higgins alleged she was raped by a senior staffer in Parliament House, after Sarah Everard was kidnapped and murdered by a cop in London, and while Attorney General Christian Porter is fighting allegations of a historical rape that took place in the 1980s.

Regarding Higgins, Morrison famously revealed he had to seek advice from his wife Jen on how he should think about the case. To access the empathy required, Morrison had to imagine the assault had been suffered by his daughter.

And as for Porter, he chose the the same day the March 4 Justice protests took place to reveal he was suing the ABC for defamation in regards to the sexual assault allegations made against him.

A questionable choice, to say the least.

And while our Prime Minister suggested we should be grateful for the lack of armed forces exercising violence against protesters, he may have forgotten that March 15 also marked the two-year anniversary of New Zealand’s Christchurch massacre, in which 51 people died at the hands of an Australian.

Yes, our Prime Minister is correct in saying that it is “good” that we are able to exercise our right to protest things that matter to us, but maybe the next time Morrison decides to comment on issues affecting women – or rather, issues that affect any human at all – he could perhaps consult his wife, Jenny, to figure out what it is people want, and need, to hear.