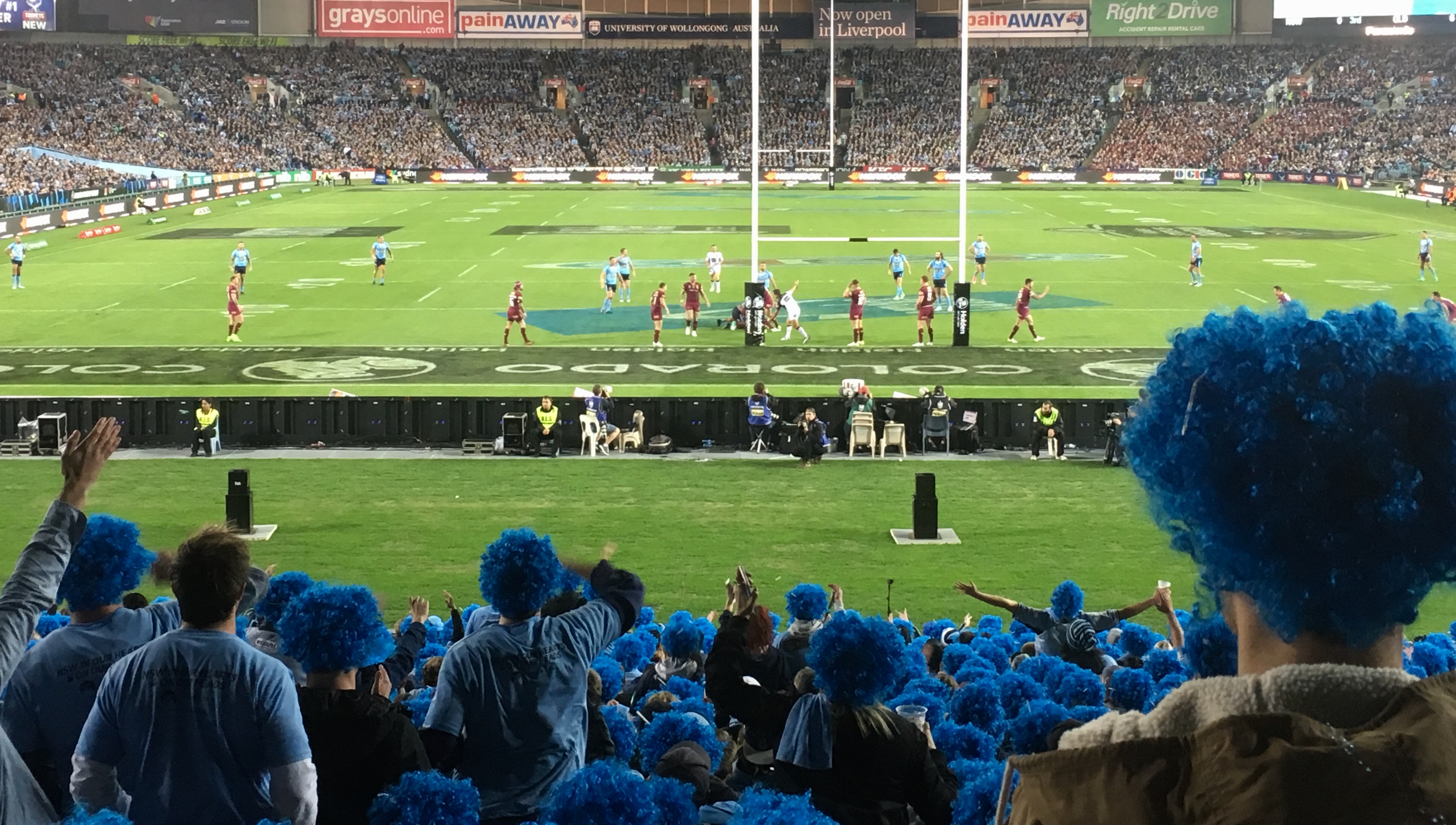 It’s State of Origin, but not as you know it

Tonight’s State of Origin signals a new era for rugby league, as 11 NSW debutants and a barely recognisable Queensland team run out onto the MCG for game one.The dominant Maroons have lost three quarters of their legendary spine this season in Cameron Smith, Jonathan Thurston and Cooper Cronk. And the other quarter —Billy Slater — will be out at least for Origin I with a hamstring injury.

NSW lost what appeared to be the unlosable series in 2017, after being up 16-6 with 20 minutes to go in game two last year, only to clock-watch and lose.

The decider was academic – NSW just didn’t know it at the time – but come game three Queensland were primed and ready to go and they rode off into the night with the trophy after giving NSW a lesson on how to play Origin football.

Queensland coach Kevin Walters became Lazarus and rose from the dead, his NSW counterpart Laurie Daley fell on his sword and Brad “Freddie” Fittler took over Daley’s role; it appeared he wanted selfless players who were not scarred by multiple series’ losses.

For NSW, 11 debutants are sprinkled among a few seasoned veterans adding up to a grand total of 39 Origins between them, which is the lowest number of Origin caps and most debutants for NSW since the beginning of the National Rugby League era.

Queensland have also lost a wealth of experience through the retirements of the three aforementioned players, along with the non-selection of Matt Scott and Darius Boyd.

They’ve now lost 180 games of Origin experience from last year and this is the first series since 2003 without at least one of the Slater-Thurston-Cronk-Smith spine playing.

The Maroons have 84 origins among their team. Inglis will be most capped on-field with his 30 origins to date.

The @QLDmaroons have pulled a decent crowd for their final training session on the Gold Coast ahead of the first #state of origin clash on Wed. @abcgoldcoast @abcgrandstand @abcbrisbane pic.twitter.com/xbP4cA2bor

It’s not only “state against state, mate against mate”, it’s also a family affair, with “GI” – the 13th Origin captain of Queensland with his recent appointment – directly marking his distant relative in NSW right-centre James Roberts.

Queensland will be hoping for a big series from Inglis, meanwhile the NSW fans will be hoping “Jimmy the Jet” can rise to the occasion of preventing Inglis from doing what he does best and more often than not dominating his opposite number (see below for key match-up statistics).

They’ll also be hoping Roberts can use his blinding pace. His speed twin Josh Addo-Carr will be hoping to give Queensland headaches on the left-edge.

NSW skipper Boyd Cordner, with nine origin caps, is the Blues most experienced campaigner, along with NSW five-eighth James Maloney and David Klemmer, who will be starting in the front row.

The trio will be leading the way, along with Tyson Frizell who is not far behind with his five Origin matches to date.

Despite results over the past decade favouring the Maroons – 10 of the past 17 encounters have been decided by four points or less – and with Smith, Thurston and Cronk retired, it will be up to the two Josh’s in McGuire (8 origins) and Papalii (9 origins) to inspire their lesser-experienced teammates up-front.

The forward pack which gains the ascendency will go a long way to having majority possession and deciding this match, allowing their halves – Nathan Cleary and Maloney for the Blues or Queensland’s Ben Hunt and Cameron Munster – to do their thing in distributing to their outside backs.

All the while, fans will be salivating at this new era of State of Origin unfolding before them.

Point of difference: Goal kicking; NSW possess two of the NRL sharpshooters in Nathan Cleary (86.7%) or the ever reliable James Maloney (81%) in comparison to QLD who do not have a full-time goal kicker in their squad. Valentine Holmes will goal kick for QLD (71.9%) and Cameron Munster (56%) is his back-up