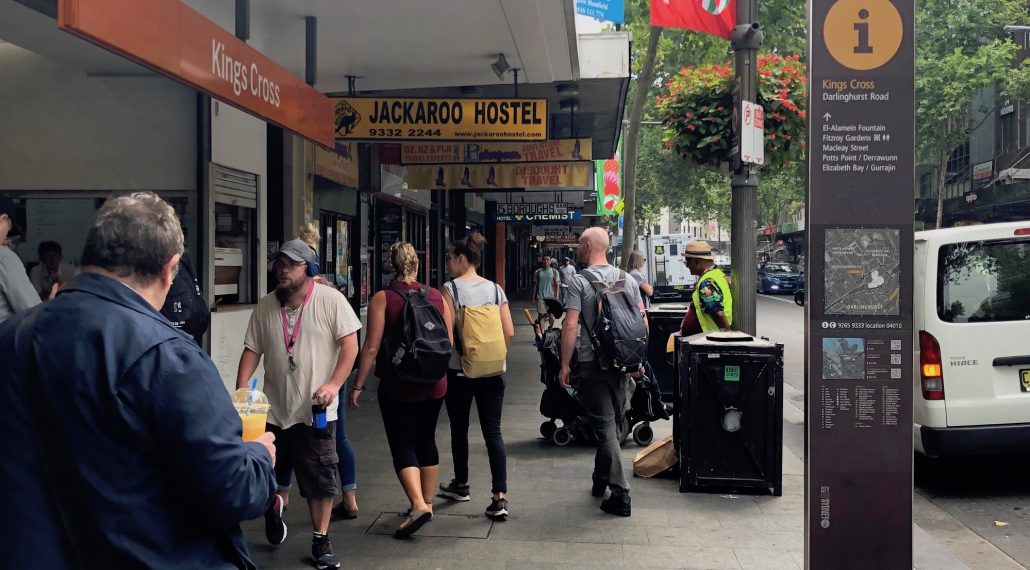 Kings Cross businesses gutted at being locked out of law repeal

Sydney’s controversial “lockout” laws are to be scrapped in January – but not in Kings Cross, where businesses face another difficult trading year.

“We’re disappointed,” said Csryasar Karim, manager of the Allied Mart convenience store in the heart of the Cross, which has seen a steep downturn in trade since the laws were introduced in 2014 to reduce alcohol-related violence. “We were hoping for sales to go back up.”

The NSW government announced on Thursday (28 November) that the laws – which have been blamed for damaging the city’s nightlife – will be repealed across Sydney from 14 January, except in the Kings Cross bar and entertainment precinct.

At the TSG tobacconist in Darlinghurst Road, employee Kushal Gautan said on Friday that many local businesses had closed. “We have been getting less business, and because we still have the (lockout) laws, it will only get worse.”

Shame on the Liberals for continuing to lock out Kings Cross, but for the rest of the city, here’s at least one thing to look forward to in the next year. https://t.co/XkYs7bWL4X

NSW Premier Gladys Berejiklian said the laws had made Sydney safer, but the city’s 24-hour economy needed a boost.

“Sydney has transformed dramatically over recent years, and we need to ensure we have a strong and vibrant night-time economy that reflects our position as Australia’s only truly global city,” she said.

The move will remove restrictions in the CBD and Oxford Street on serving on cocktails, shots and drinks in glass after midnight. It will extend bottle shop opening hours across NSW to midnight from Monday to Saturday (11pm on Sunday), and increase small bar capacity from 100 to 120 customers.

Last drinks will be extended by half an hour to 3.30am, with a review in a year’s time.

The laws were introduced following the “one punch” deaths of Thomas Kelly and Daniel Christie in 2012 and 2013 respectively.

Among other restrictions, they prevented people from entering a licenced premises after 1.30am.

A parliamentary committee which reported in September on the impact of the laws recommended that they be lifted in the CBD, saying they cost the state $16 billion a year.

I’m not a fan of Aussie binge drinking culture but the lock out laws seemed an extreme reaction too. It would be nice to see some night life in Sydney in between mega-pubs, shitty night clubs and bubble tea shops.

The partial repeal is expected to bring relief to night-time businesses in the CBD, which have suffered from the sharp decrease in foot traffic.

But at the Oporto fast food branch in Kings Cross, one employee, who gave his name only as Jordan, said the exclusion of Kings Cross would have a “big impact”on the area.

“People won’t come here any more because they’ll go to the city to enjoy a longer and better night. Over the past year there have been less and less people coming in at night.” – @zoedgrech