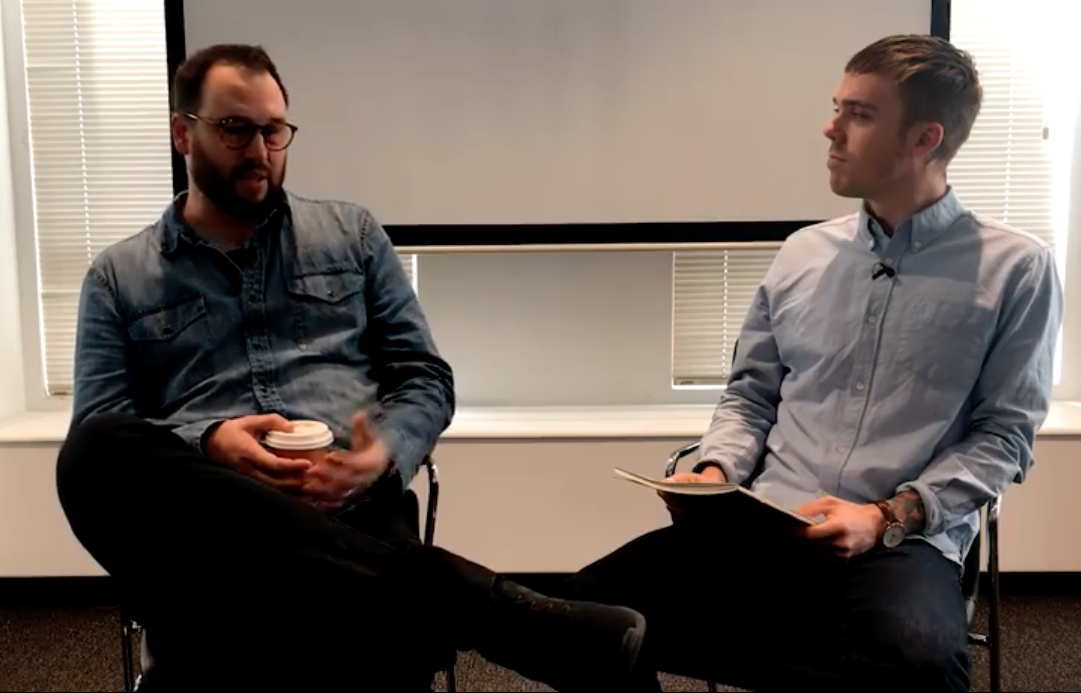 He was listening to Pulitzer Prize-winner Tom French speak at a writers’ conference in Connecticut when Konrad Marshall received one of the most important pieces of advice he would use to cultivate a successful career as a feature writer.

“Always get the name of the dog, the brand of the beer and the title of the song that was playing as the car crashed off the road,” he said.

Putting it plainly to Macleay College students, he says: “You should be trying to find out the details that seem impossible to get.”

Konrad Marshall, author of Yellow and Black and current staff writer for Fairfax’s Good Weekend magazine, knows that in order to engage readers they need to be placed there at the scene – even though he acknowledges that his style is very distinct and at times a little trite.

“If you can, you can really reconstruct a scene and make it cinematic for your readers. It’s the well that I drink from and maybe a little too often.

“Three out of every four of my articles begin with a description of place. Sometimes it’s like, ‘Konrad, can you stop describing the weather or the flowers on the casket.’”

A conspicuous talent in writing has enabled Marshall to go across continents and exercise his profession. The first publication he worked for was The Post-Star in New York State, before he moved on to The Florida Times Union in Jacksonville and finished his international work at The Indianapolis Star.

Given he built such an impressive resumé so early in his career, it’s confounding to discover that journalism wasn’t always Marshall’s dream and was instead a profession he fell into.

“I originally wanted to be an architect or an interior designer but changed my mind,” he said.

“It was a decision driven by laziness, to be honest. I heard they (architects and interior designers) worked long hours, lived at uni and it was likely going to be a six- or seven-year degree.

A devout Richmond Tigers fan, Konrad was given the opportunity to write a book on his beloved club in 2016. The club performed poorly that year and the book was abandoned. He approached the club to persuade them to allow him back the following year and, as luck would have it, everything fell into place.

The Tigers won the 2017 AFL premiership and Konrad’s book – Yellow and Black: A Season With Richmond – became a bestseller. It’s an experience he continues to pinch himself about.

“I was just reflecting on it the other day. I was in the rooms listening to Damian Hardwick talk to his players in the moments before they won a premiership – just the players, the coaches and Konrad.

“I certainly didn’t know I had a bestseller on the cards beforehand.”