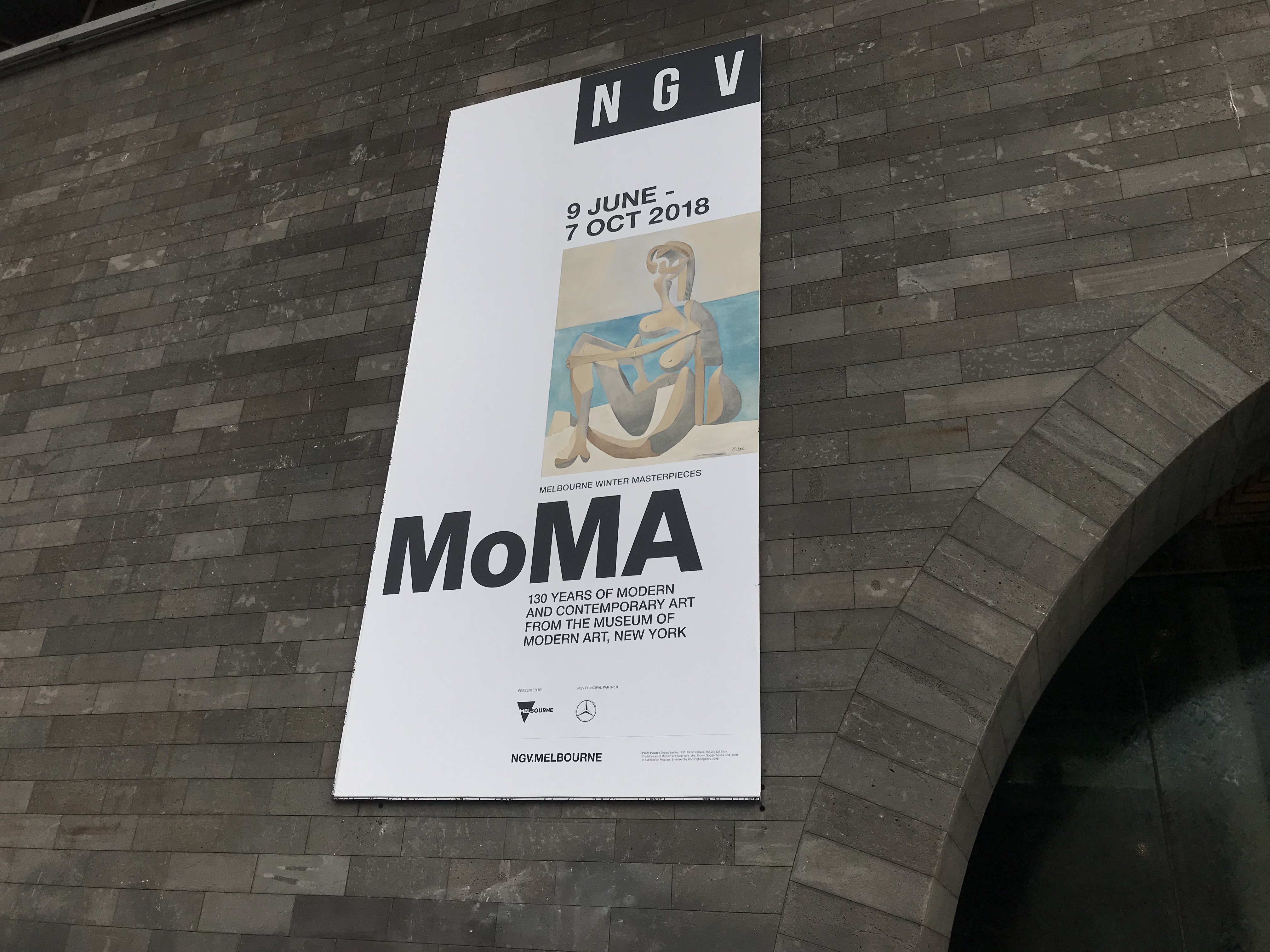 Some of the most celebrated and iconic contemporary masterworks have recently arrived in Melbourne from New York’s esteemed Museum of Modern Art (MoMA) as part of the annual Melbourne Winter Masterpieces series at the National Gallery of Victoria (NGV).

NGV Director Tony Ellwood describes it as “the largest and most ambitious in the Melbourne Winter Masterpiece series”, which encompasses the entire ground floor of the NGV.

The series showcases many major artistic movements of the 20th and 21st century, such as cubism, surrealism, abstract expressionism, pop art and the Bauhaus movement.

Curated into eight different themes, the exhibition looks at the art and design from the industrial transformation in the late 19th century, all the way to the global and digital present.

The majority of the artworks featured are making their first appearance in Australia, and almost half the pieces have never left MoMA before.

In 1996, the William S. Paley collection travelled around Australia, including to the NGV, which was the last time a MoMA collection was displayed in Melbourne.

MoMA Director Glenn D. Lowry says that he is thrilled to have this opportunity to share these important works from nearly every area of MoMA’s collection with the NGV.

“MoMA’s mission is to share our story of modern and contemporary art with the widest possible audience,” he says. “We want to encourage the understanding and enjoyment of the art of our time.”

Minister for Creative Industries Martin Foley says that, since 2004, the Melbourne winter masterpiece series “have attracted more than 5.7 million local, interstate and international visitors, and generated half a billion dollars for the state’s economy”.

Last year, the NGV’s winter masterpiece series ‘Van Gogh and the Seasons’ was attended by 462,262 people and generated almost $56 million for the Victorian economy, making it the most ticketed exhibition in the gallery’s history.

MoMA at NGV will be on display at the NGV from 9 June 2018-7 October 2018. Tickets and information are available via their website NGV Melbourne