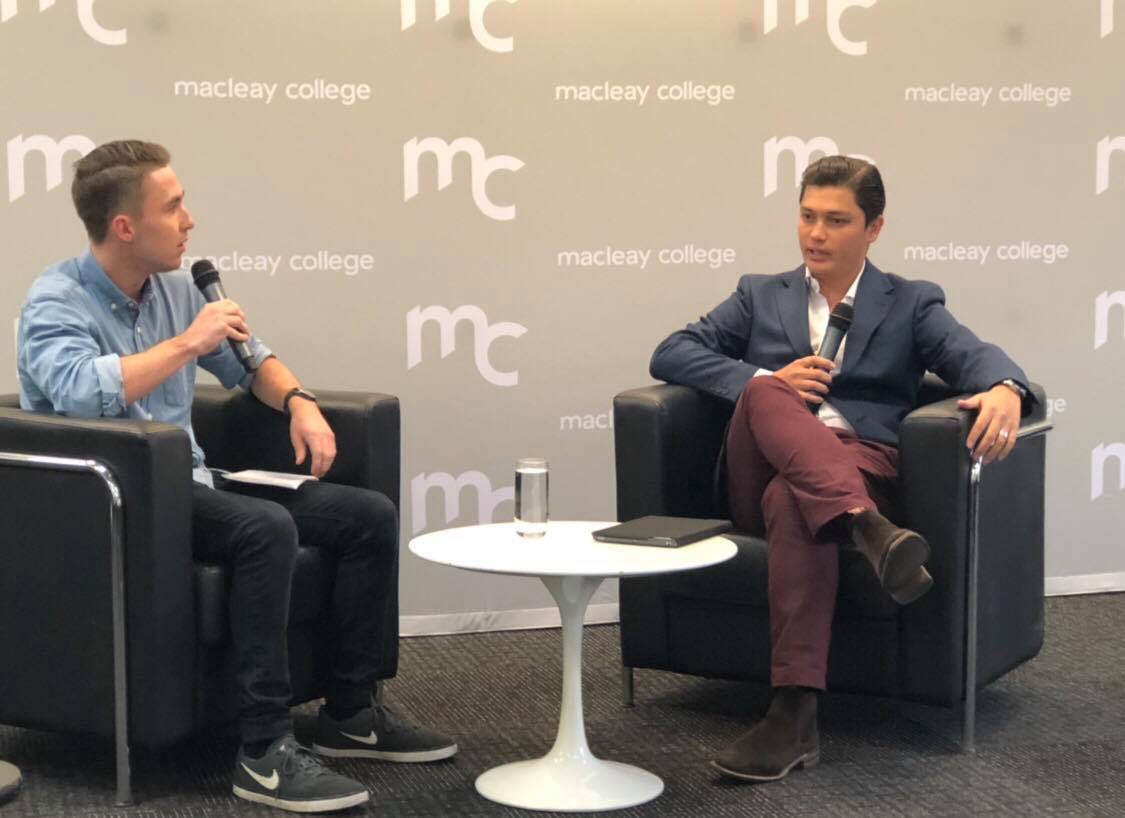 Matt Connellan: From Macleay to SBS

In the first of a six-part series of Macleay alumni forging successful careers in the media industry, we speak to Matt Connellan.

Matt Connellan graduated from Macleay College in 2013. He is currently a cross-platform reporter for SBS World News, filing stories across television, radio and online. He has worked as a reporter for Fox Sports News, having made the move to television after stints in online (The World Game, SBS) and print (The Northern District Times). Connellan finished News Corp Australia’s cadetship at the NDT, where he won the Cricket NSW Phil Tresidder Media Award for best season coverage of Sydney Grade Cricket in the 2014/15 season.

How did you get your start in the industry?

“I got my foot in the door through a couple of internships while I was at Macleay, first of all with The Australian and the Daily Telegraph. I think the import thing was that I did them while I was still studying so that when I finished I had stuff ready to go so I could show people I was ready to work.”

What does your current role at SBS involve?

“I work primarily as a TV reporter for SBS news at 6:30 but any stories we would do we would be expected to refile for radio and for our website. So it involves being assigned your story during the day … the expectation in our newsroom is that you will be able to file your stories in three different ways on the same day.”

Do you have any specific processes to cope with the stress of meeting tight deadlines?

“You just need to have a little blind faith that it is going to work out because a lot of the time you get to 2 or 3 o’clock and you haven’t got half your story and you are just waiting on it to come, and the key then is to not get too stressed out because that’s not productive. I think a big thing in this line of work is that you need to make stress and pressure work for you, you need to become one of those people who thrives under it and enjoys it because that’s when it all happens … you need to become someone who makes that stress and that pressure work because if you don’t you won’t survive.”

You recently covered the cricket scandal involving Steve Smith, David Warner and Cameron Bancroft. What was it like covering such a big story that was being viewed all around the world?

“Yeah, it was an amazing experience. It was a buzz because it was the story everyone was talking about and, from an SBS point of view, we would never lead with a cricket story – it’s so far from what we would usually do – but the fact was that everyone was talking about it, and that in a way changed the way we approached it. I was lucky enough to cover it all the way through that week because when we first heard of it in South Africa it just got bigger and bigger and bigger and it got to the point where we did a cross to CNN in the US because they wanted to know about the cricket scandal but it was such a big global story at that point, I mean the BBC in the UK had it at their number 1 story and it didn’t involve England at all, so to be on top of a story that was so widely recognised was a good buzz. But obviously that came with a big expectation as well of doing a good job and knowing what you are talking about.”

With a story that big, were you able to insert your opinion into the story or did you have to stay impartial?

“It’s important that you don’t include your opinion in it because the job that we are doing is to report the facts and to remember to report accurately in terms of what’s happening and it’s for the readers and the viewers to make up their minds about what’s going on, but it’s my job primarily to give you the details. So whether I think they are cheats or not, when it comes to reporting the story … I keep that opinion out … because it’s all about reporting the facts about what has happened.”

It was a thrill to cover the cricket scandal, says @MattConnellan. “For us to lead with cricket when there are wars in the Middle East shows what a big story it was,” he says. @SBS @MacleayCollege @HatchMacleay #studentjournalism #cricketscandal

Have you had any specific challenges in reporting that stand out for you?

“I think the most difficult challenge is getting your first job. Once you have got into something somewhere you’ll find the doors begin to open more often for you. I would say that any journalist now would say their biggest challenge was getting their first job and that’s why it is so important to be thinking about the first job while studying. You can’t just say, ‘W hen I get my diploma or my degree then I’ve got to apply for a job … it just doesn’t work that way. You need to be thinking about how you are going to get in and what that first job is going to be. I think if you have an idea broadly of what you want to get into when you finish then you can start making moves towards that while you’re at college.”

“The job is to report the facts, my job is to give you the details and let the public make their own opinions, regardless of my personal opinions” says @MattConnellan on keeping objective when reporting.