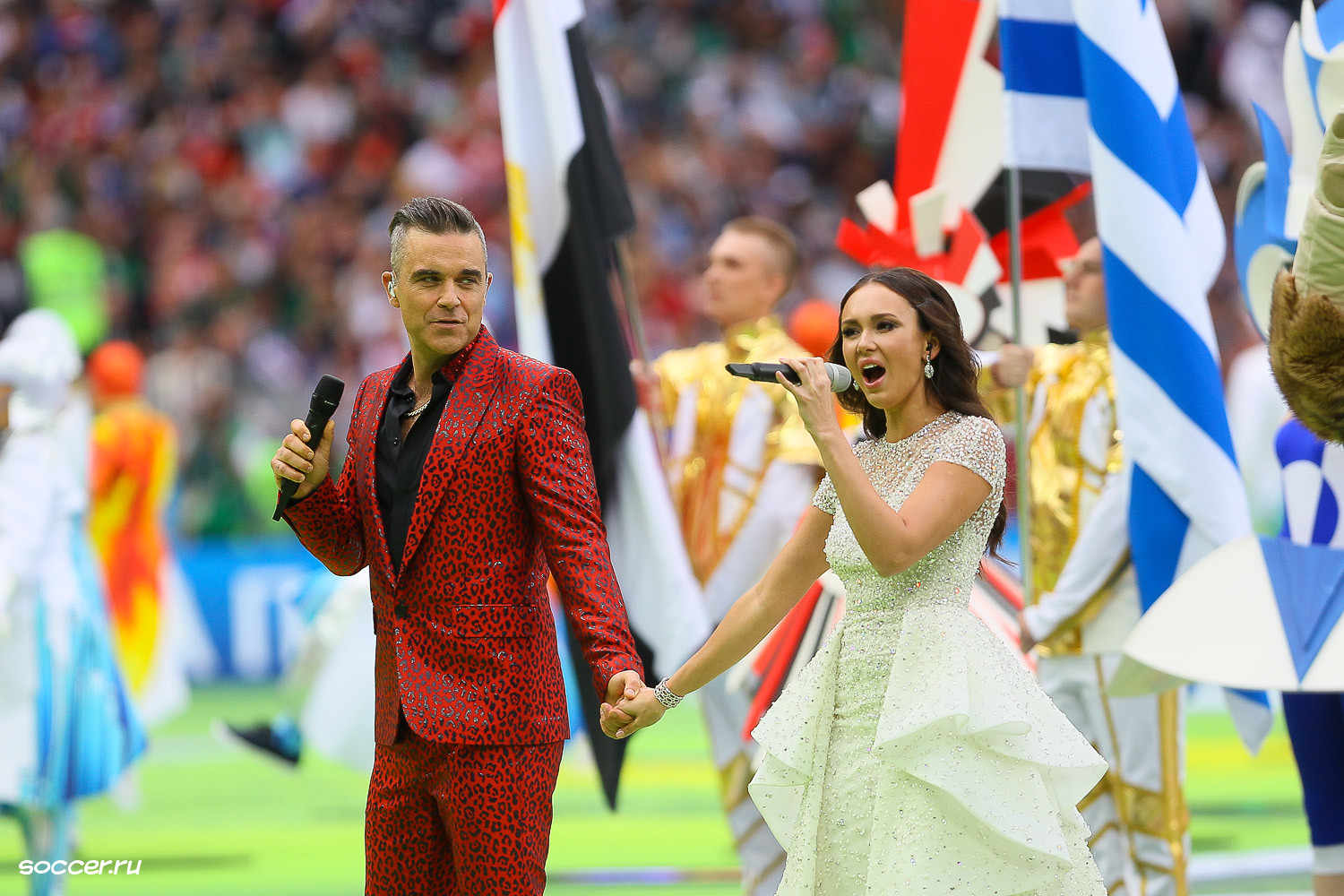 It might not have possessed the elaborate flair and duration of an Olympic opening, but the curtain-raising performance at the World Cup set the tone adequately.

At the very least it will prove to have been a memorable outing in the half-hour timeslot before the tournament’s lopsided 5-0 result between Russia and Saudi Arabia in the early hours of Friday morning (AEST), as English singer Robbie Williams was on hand to provide the theatrics.

Williams seemed a questionable choice by many, though legendary broadcaster Martin Tyler did describe the former Take That member as “the most popular singer of the 21st century in Europe”.

xxxxx Robbie Williams kicking off the 2018 World Cup with songs from 1997.

Who said Russia was living in the past?

Nevertheless, the 44-year-old went on to provide the defining moment that had the internet truly abuzz when, after singing a lyric pertaining to claims the LGBT ally had sold his soul by performing in a country where gay rights have been under serious assault, proceeded to flip the bird to television cameras and millions of viewers around the world.

xxxxxx Turned on FOX just in time to see Robbie Williams give the middle finger to be worldwide audience. God, I love the World Cup.

xxxxx was putting the middle finger up part of the routine??? 😂

Following the controversial gesture, it was time to rebound quickly for the home fans as a capacity crowd filled the 80,000-seat Luzhniki Stadium in Moscow, where a rampant Russian side notched up their first win in a World Cup since 2002.

Two goals to former Real Madrid winger Denis Cheryshev off the bench, including this classy finish for his second, ensured a most comfortable first result and the homegrown hopefuls can look ahead to their next fixture against Egypt Wednesday morning (4am AEST).

They will, however, be sweating on what appeared to be a serious hamstring injury to midfielder Alan Dzagoev, which forced his early substitution.