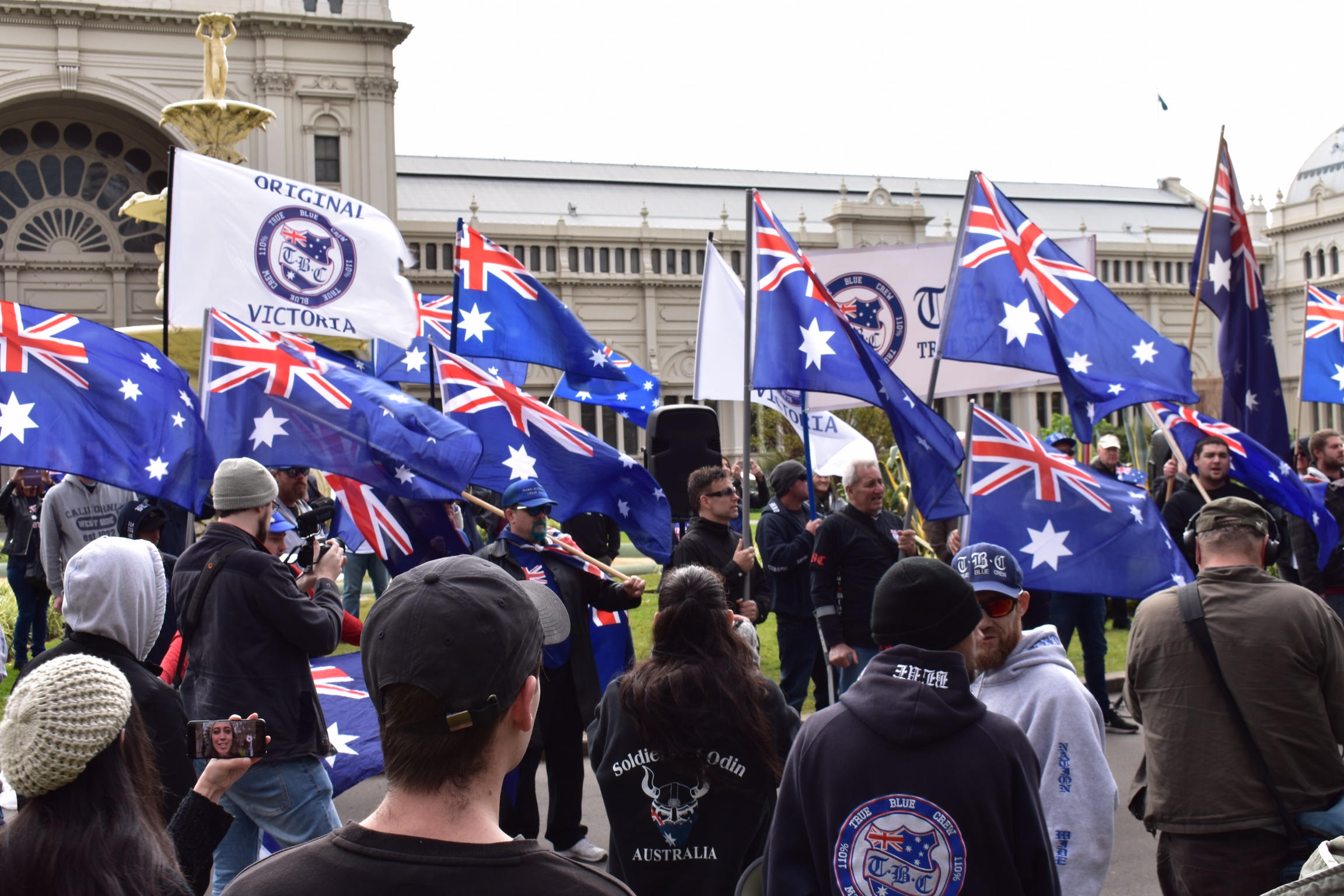 Joined by fellow right-wing political groups such as Soldiers of Odin (SOO), Lad’s Society and Cook’s Convicts, approximately 50 right-wing activists marched along Melbourne’s Exhibition Street before convening for a series of speeches in front of the State Parliament Building.

Counter-protestors made up of groups such as Campaign Against Racism and Fascism (CARF) also marched on the day, outnumbering their right-wing counterparts by around 4 to 1.

Despite the large and vocal crowd, bubbling tensions were kept under control by a strong police presence, including members from the Public Order Response unit.

The day’s biggest controversy emerged during the rally’s aftermath, as a group of prominent right-wing figures confronted a street performer in Federation Square, taking exception to the busker’s choice of attire while performing in a public venue.

Shortly afterwards, a Dandenong man confronted right-wing activists in Federation Square, leading to at least one punch being thrown. The man was soon arrested and led away by a large group of police. He is expected to face charges of engaging in riotous behaviour and affray.

The two sides are set to meet again in Melbourne on Friday July 20, as Canadian conservative personalities Lauren Southern and Stefan Molyneux commence a speaking tour of Australia and New Zealand.