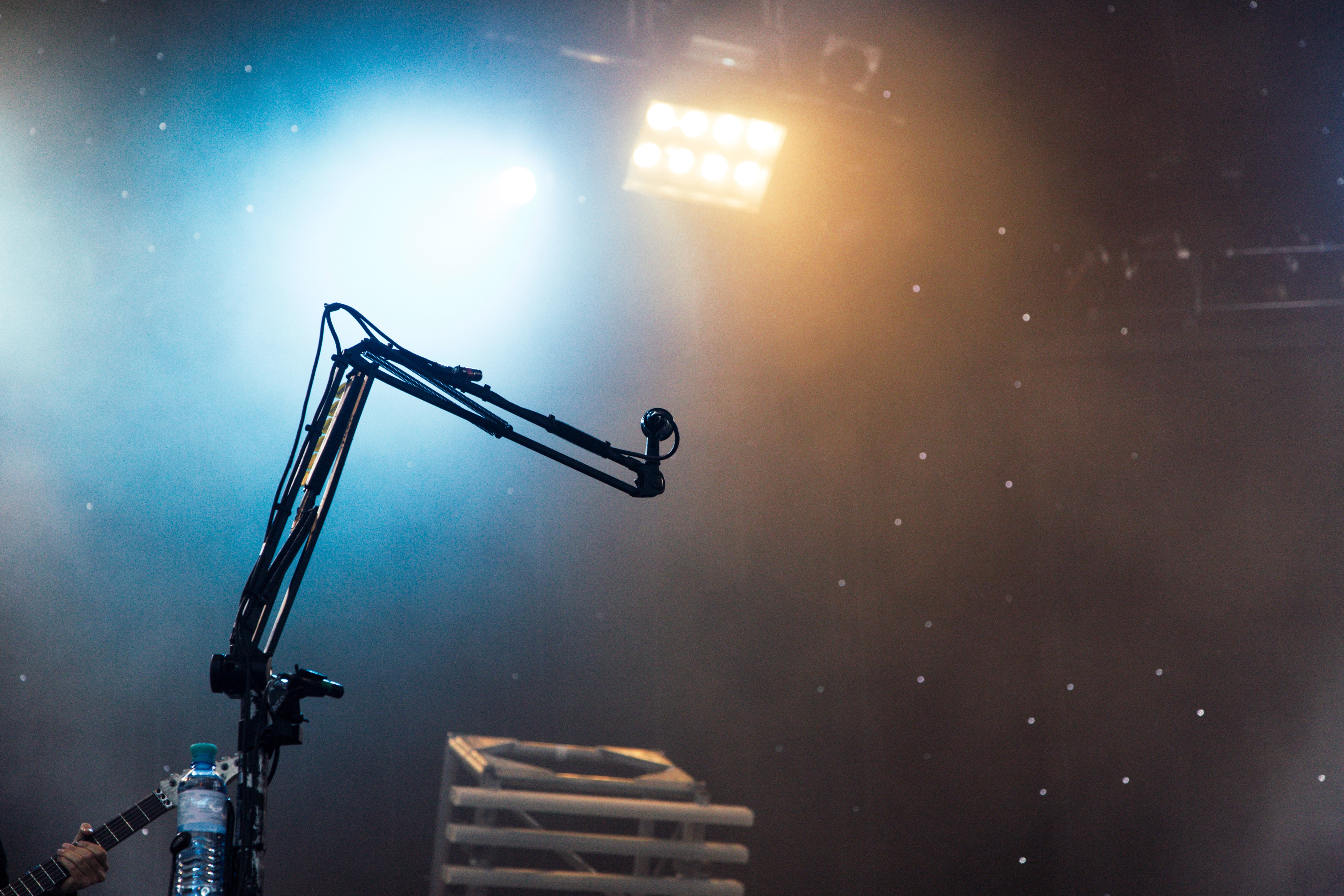 Spoken word, or slam poetry, is an oral art that primarily focuses on auditory and written techniques to get a message across – such as word play, rhyming and a change in the pitch or tone of someone’s voice.

It’s been a little over 40 years since the first slam poetry competition, but various forms of the spoken word – from West African Griots, to Shakespeare, to Ginsberg – have existed for thousands of years.

In African culture, performance poetry was historically a beloved form of theatrics and entertainment. Similarly in ancient Greece, spoken word, referred to as ‘Greek lyric’ was so popular it was included in the Olympic Games.

The “revival” of slam poetry occurred in the U.S. in 1987 in Chicago, with poet Marc Kelly Smith founding the International Poetry Slam. It remains a popular international event today.

Here are a few of Hatch Macleay’s slam poet picks to feast your ears on.

After deciding to take a year off from his medical degree at the University of Bristol, Harry Baker embarked on a career in slam poetry. In 2012, he become the youngest ever World Poetry Slam champion at 20-years-old. The combination of his love of numbers, his affinity with alliterative style and clever punning is a major contribution to his success. Unlike any other slam poet we know of, Baker has a way of tying in comedy, numbers and romance like you’ve never quite heard before. He is also the author of The Sunshine Kid.

His most notable performances include:

A poem for pole dancers who can’t say no

Warsan Shire, a Kenyan-born Somali writer and poet is recognised as one of slam poetry’s most remarkable talents for a number of reasons: her embodiment of literary grace, her surrealistic approach to writing and the role she has taken to become a voice for marginalised people. Notably, her collaboration in film adaption and poetry for one of 2016’s most critically acclaimed albums; Beyoncé Lemonade, was a highlight in a career spanning years of intimate and confronting works. She published her first pamphlet Teaching My Mother How to Give Birth in 2011.  Shire went on in 2014 and 2015 to release Our Men Do Not Belong to Us, Her Blue Body and a ‘chapbook’ in the Seven New Generation African Poets box set. She was raised in London, where she currently resides.

You can watch some of Warsan Shire’s work here:

For women who are difficult to love

Known for her ability to seamlessly link the themes of family, loss and love, Tonya Ingram is a slam poet whose words hold weight with every syllable. In an interview with Germ Magazine, Ingram says the most difficult part of writing, from an emotional perspective, is allowing herself “…to become completely vulnerable with my story while challenging myself as a writer.” Ingram is not only a slam poet, she is also the author of Another Black Girl Miracle, the champion of the 2011 New York Knicks Poetry Slam, a NYU alumna and an Otis MFA Graduate. She currently resides in Los Angeles.

Below are a few of Tonya Ingram’s performances:

Here is what loneliness/love tells you

Neil Hilborn is an American slam poet and author whose works often recounts personal experience, in particular his long battle with suicidal thoughts and depression. He soon became one of the most recognisable faces in slam poetry after his recitation of his poem OCD went viral. Now, nearly three years later, his work boasts over 150 million views across Facebook, YouTube and other social media platforms. Hilborn says he started performing slam poetry to an audience in 2009 and took the role as seriously as if it was a job, even though their was little to no money in it. “I won $20 at a slam once, and I was ecstatic,” he told The Triangle. His advice to aspiring writers is to never stop editing. “Edit until your keyboard breaks. Find a writing community that you love and trust and make them look at a poem 20 times,” he said. Neil Hilborn is a College National Poetry Slam champion and a 2011 graduate with honours from Macalester College.

Some of Hilborn’s most notable performances include:

Sarah Kay is a slam poet , the founder and co-director of Project V.O.I.C.E and a best-selling author of four books of poetry including B, No Matter the Wreckage, The Type and All Our Wild Wonder. Sarah says it’s important for people who don’t consider themselves poets to experiment. “I would love to see someone who is traditionally a science writer start writing poetry. Or I would love to see what happens when a historian writes poetry,” she told the Writer Mag in 2014. She says art grows and expands and breathes when people bring what they know from other forms of writing into slam poetry. Sarah Kay is a celebrated performer in over 25 countries.

You can watch Sarah Kay here:

If I should have a daughter