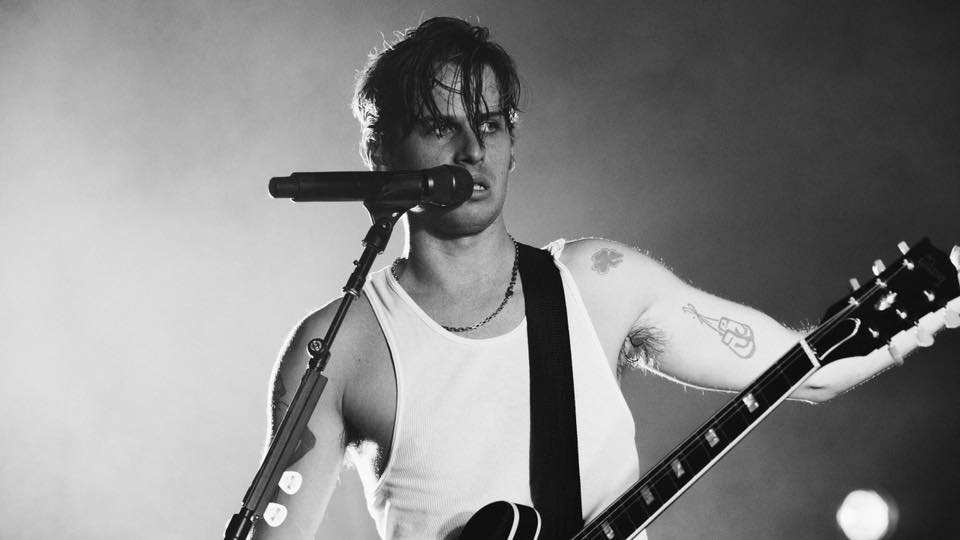 #NeverAgain and Pumped Up Kicks: the song that could have been a warning

Hopefully his prophecy will echo into reality, following the formation of the #NeverAgain movement in the wake of the Marjory Stoneman Douglas High School shooting in Parkland, Florida.

After the funeral of a victim and a candlelight vigil, classmate Cameron Kasky invited a couple friends to his house. Together, they founded the Facebook page NeverAgain.

The founders later gave an interview on the The Ellen DeGeneres Show.

The activism of these American students suggests a dramatic shift in the gun-control debate – and also suggests that the culture at large might be about to absorb and reflect the anger and fury among teenagers on the ground. Here in Australia, since the Port Arthur Massacre in 1996, Australian high school students have had little to worry about with gun violence. But we have absorbed the cultural impact of events in the US, even if not entirely aware of it at the time.

A stand-out moment: Foster the People and Pumped up Kicks.

I went to see the group in Melbourne in January.

The drummer Mark Pontius jumped in his seat and played with incredible insouciance.

Mark Foster, the lead, shuffled and screamed into the microphone with the sincerity of a powerhouse actor.

When they play on stage, they hang their heads and contort their limbs into tense, desperate forms that seem more natural than their human selves.

On the way out, someone said to me seeing the band is like experiencing a well-funded acid trip.

They sing the songs we all danced to in our backyards: Sit Right Next To Me, Lotus Eater and Call It What You Want and numerous others.

All of a sudden, the band bowed, announced their exit – and the crowd changed.

“What the fuck, what about Pumped Up Kicks!”

Soon, the crowd started chanting the name of the song. The screaming carried on for four or five minutes.

The band reluctantly came back on stage, sang the song, and we all rolled to the music.

This lingered in my mind.

We, as in the couple of hundred people who filled the cerulean dome that is the Forum Theatre, were there only to listen to a live version of the classic Pumped Up Kicks.

Take a moment to think about the lyrics of the song.

All the other kids with their pumped up kicks.

They better run better run, faster than my bullet – outrun my gun!

Cubbie Fink, the former bassist, had a cousin who was in the Columbine high school library when that massacre happened in 1999.

According to Foster the song is about real life issues facing young people.

“For me that song was really an observation about something that’s happening in the youth culture these days,” he told CNN in an interview.

“I guess I wanted to reveal that internal dialogue of a kid who doesn’t have anywhere to turn.”

Foster said he wrote the song in 2010 when he began researching the psychology of mentally ill youth.

“It was terrifying how mental illness among youth had skyrocketed in the last decade. I wanted to understand the pyschology behind it because it was foreign to me,” he said.

The title itself is a reference to the shoes that students wear as a sign of status and affluent fashion.

The song is also based on Foster’s own experiences being bullied whilst in school.

I ran an (admittedly unscientific) Instagram poll, which among 60 people found 33 per cent did not know Pumped Up Kicks is about Columbine – or for that matter about any gun-related violence.

The song, in a better world, could have been a warning. – Ashley Flockhart