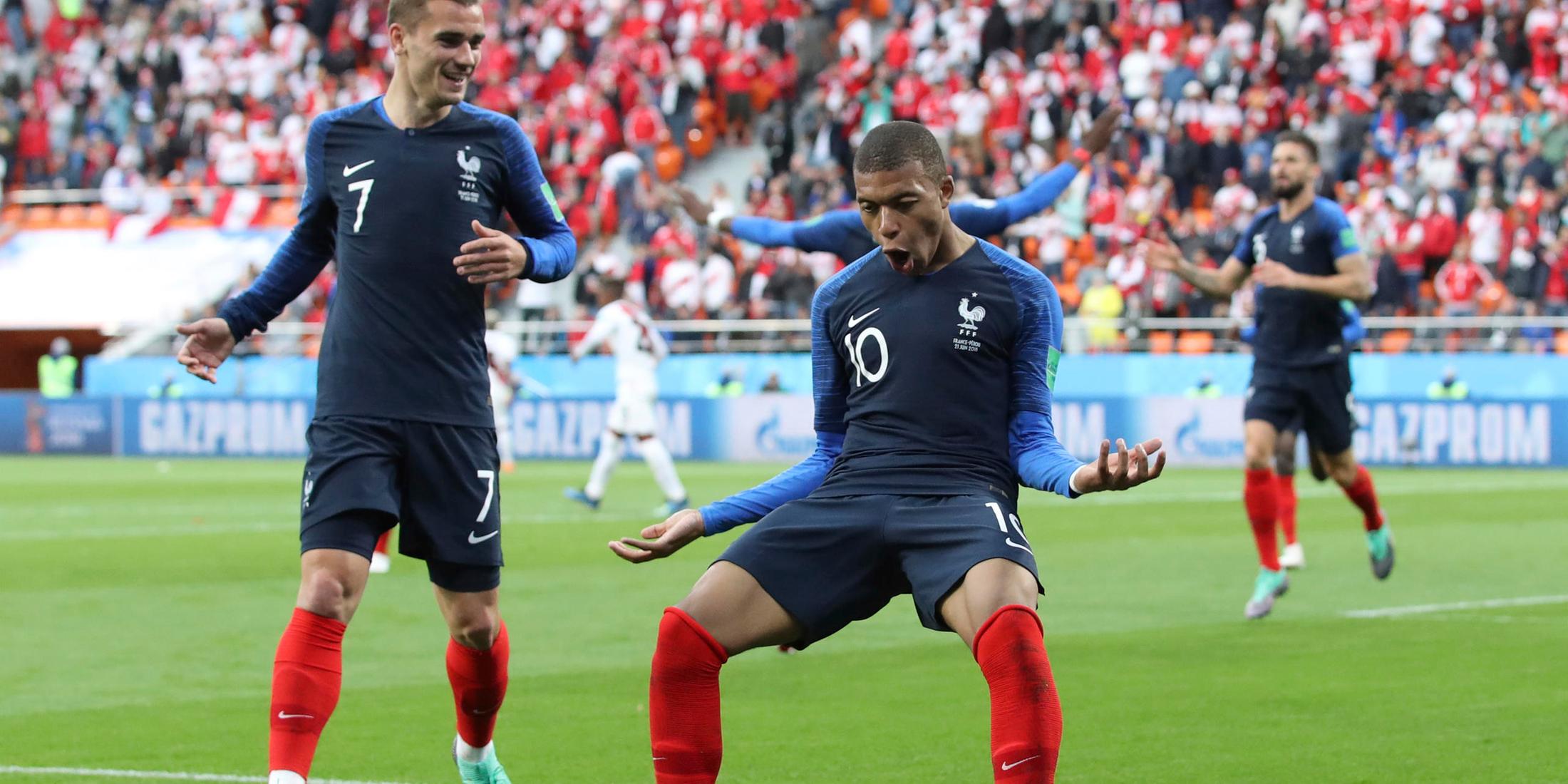 Road to the final: France

France is through to its third World Cup Final after defeating Belgium 1-0.

The French were one of the favourites to win it all starting the tournament, but after a lacklustre group stage performance doubts set in as to whether they had the required tenacity and class to even get past the round of 16.

Their first game against Australia failed to convince anyone. A narrow win thanks to a controversial VAR Penalty and an own goal from Aussie full back Behich gave France the points. Following this game was a 1-0 win against Peru thanks to Kylian Mbappe’s maiden World Cup goal and a 0-0 bore draw against Denmark.

The signs were worrying but after securing first place in the group stages, the Frenchmen were rewarded with a Round Of 16 draw against fellow strugglers Argentina who miraculously qualified out of their group after a Marcos Rojo strike sent Nigeria packing.

Les Bleus prevailed in spectacular fashion after downing the Argentines 4-3 in what will be remembered as a World Cup classic. A seventh minute penalty scored by Griezmann put the French in control early in the game, but a wonder goal from Di Maria just before the break and a deflected Lionel Messi strike looked to send the Europeans packing in what would be a shock exit.

The French then pressed for an equaliser and got it through the unlikeliest of players in full back Pavard. His strike was perhaps the goal of the tournament and precipitated an Argentinian collapse. Mbappe took advantage and his goal secured France’s qualification to the quarter finals. A late header from Sergio Aguero took the game to 4-3 but it was too little too late for Argentina who saw their World Cup campaign come to an end.

A Quarter Finals draw against Uruguay was looking to be a tough affair but fortune favoured the French as Uruguay’s star forward Edinson Cavani, who scored a brace against Portugal the match before, was ruled out with injury leaving, La Celeste short up front. In a fairly even contest France had the finesse in the final third over Uruguay going up before half time via a set-piece header from Raphael Varane, their lead was then doubled thanks to a goalkeeping howler from Muslera, parrying a swerving Griezmann strike into his own net, securing France’s semi-final berth, winning 2-0.

The final step before the ultimate showdown, Les Bleus came up against a strong Belgium team that surprised many by knocking out favourites Brazil 2-1. In a hard fought match it was the French who prevailed through a Samuel Umtiti header from a Griezmann corner kick, following this goal the Red Devils threw all their attackers onto the field in an effort to equalise but the French stood strong in defence and saw out a 1-0 win which sends them through to the final in Moscow against either Croatia or England.