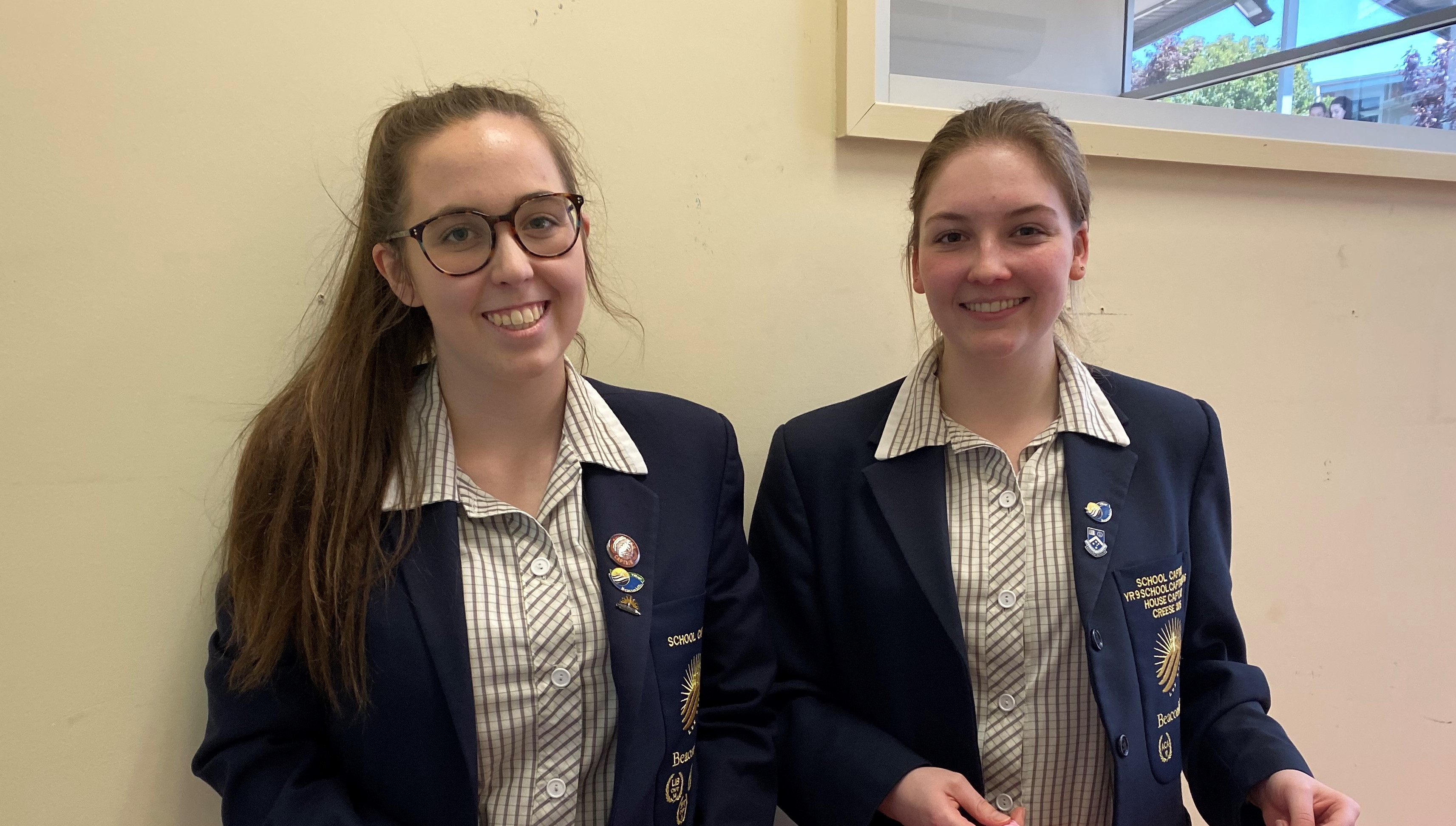 Sharing dignity one bag at a time

There are enough things to worry about as a young woman – and having access to basic sanitary products shouldn’t be one of them.

More than 3.2 million Australians are living below the poverty line, many of them women and young girls who go without basic sanitary products simply because they can’t afford them.

It’s a problem that also prevents an estimated 27 per cent of girls from attending school when they have their periods.

Beaconhills College school captains Phoebe Hird and Zoe Ellis were “shocked” upon hearing these statistics at a 2018 morning tea hosted by the charity Share the Dignity, and “knew this was likely to be a huge issue in [their] area”.

“There are girls our age missing school because they don’t have access to basic items like pads and tampons,” Phoebe said.

“If we were in their position we’d want someone to step up and help out.”

The Year 12 students have joined forces with Share the Dignity, which has been working towards an end to period poverty since 2015, creating gift bags that will make the lives of locals experiencing period poverty a little bit easier.

Zoe and Phoebe were able to collect enough items to fill 165 gift bags, thanks to donations through Zoe’s workplace and a Crazy Sock Day fundraiser held at their school.

“To participate, students were asked to donate pads and tampons, or small products like perfume samples and body wash,” Zoe told Hatch.

“We included basic sanitary items [in the gift bags] but also what you’d consider a luxury item, something that would make these women feel a bit nicer.”

These gift bags will soon be sent to four local agencies as a distribution point. The donations will then be allocated among those in the City of Casey and Cardinia Shire who are most in need.

The bags were donated by Card & Caboodle, a gift store at Chadstone Shopping Centre. The girls said it was just one of many small businesses willing to contribute to the cause.

Clare Tuohy, the head of Citizenship and Service at Beaconhills College, said she was most impressed by Phoebe and Zoe’s “commitment and dedication” to their Share the Dignity initiative.

“[They] make a valuable contribution to causes greater than themselves, as well as creating a future of greater possibility.”

When it comes to the importance of helping their local community through causes such as Share the Dignity, Zoe believes “it’s not about giving anyone an advantage”.

“It’s about making sure they’re provided for in the basic way that we’re able to be.”

To donate or get involved with Share the Dignity, visit sharethedignity.com.au/volunteer.