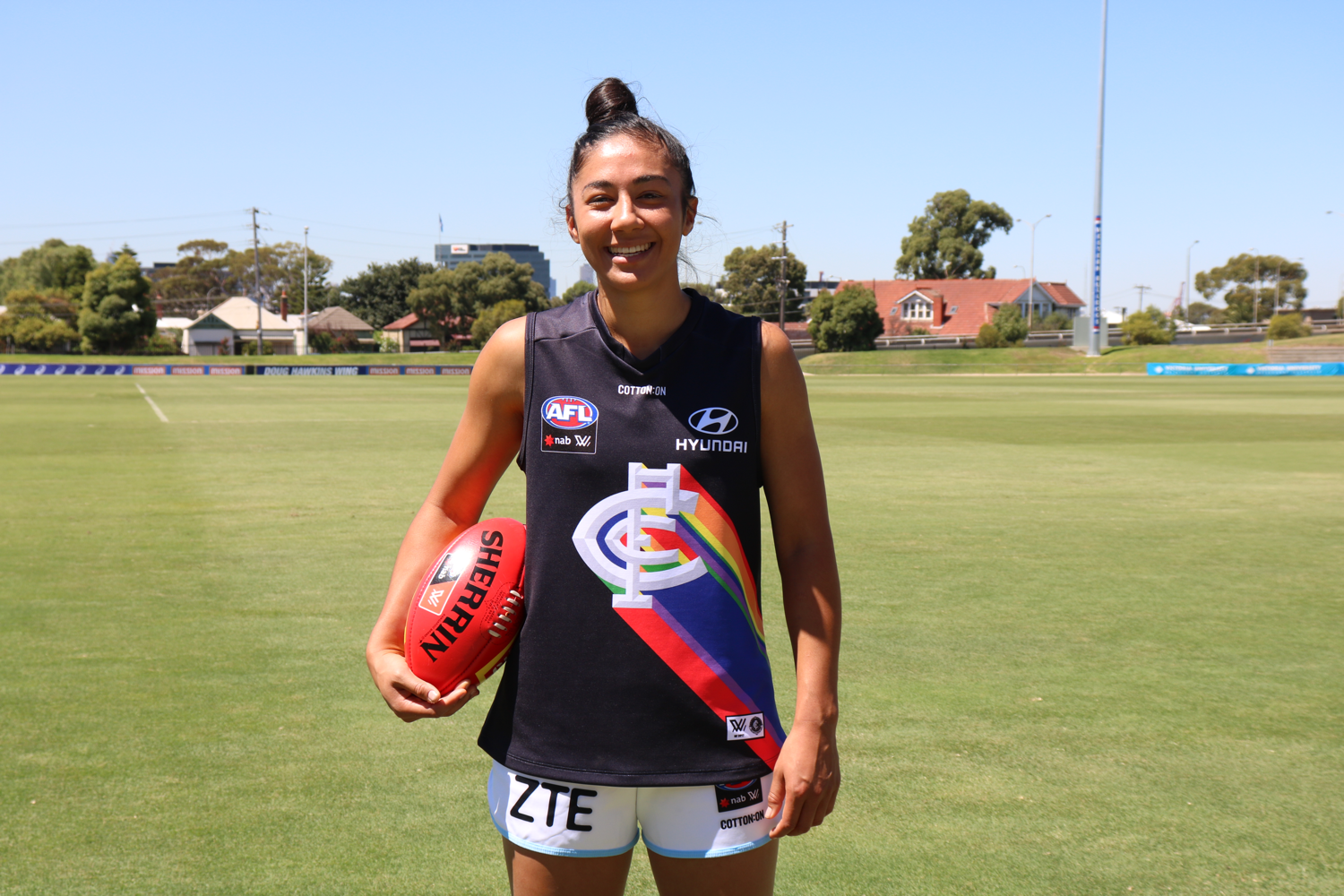 Jesaulenko, Silvagni and Koutoufides are some of the names entrenched in the famous, as their song says, ‘old, dark, navy Blue’ Carlton jumper.

But none have inspired change in the jumper like AFLW star Darcy Vescio, who came up with the design for the Blues one-off guernsey for the first AFLW Pride Match against the Bulldogs.

“It’s amazing,” she said.  “To have the opportunity to design a jumper for the club I love is something I didn’t think I’d ever be able to do.”

Vescio’s creation drew inspiration from the ‘Carlton Pride’ members, an LGBTQI group for Carlton supporters, by using their logo.

“Apart from homophobic people, who I don’t care about, the response has been pretty good!” she said.  “We aimed to highlight the monogram but also highlight the rainbow as well.”

“I felt it was the best way to show how much meaning the Carlton pride club has to us as players for Carlton.”

Carlton’s second AFLW season has not gone the way the club would have hoped, and no one knows that more than the league’s first leading goalkicker.

The star forward wears her heart on her sleeve and the perfect example of that was after the club’s record 73-point-loss to the Western Bulldogs in the first ever AFLW Pride Match. Such a landmark event for football and Australian society came crashing down for Carlton and it looked like it was on top of Vescio.

Despite the severity of the loss, Vescio’s character shone through in the days after as she pushed her personal disappointment aside.

“I think, like with a lot of things (the AFLW) are doing now, you don’t realise how much it means to so many people until you sit back and think. It’s really amazing,” Vescio told Hatch.

“Football naturally extends past the game itself and it did that night (of the Pride Match). I was loving it. I loved that the club was a part of it – especially since the yes vote had recently passed. It was special to me and so many others in the footy community.”

History will show Vescio only had three touches and the Blues went down by a record margin of 73-points, but Vescio can hold her head high knowing she has and will continue to inspire positive change in the ‘old dark Navy Blues.