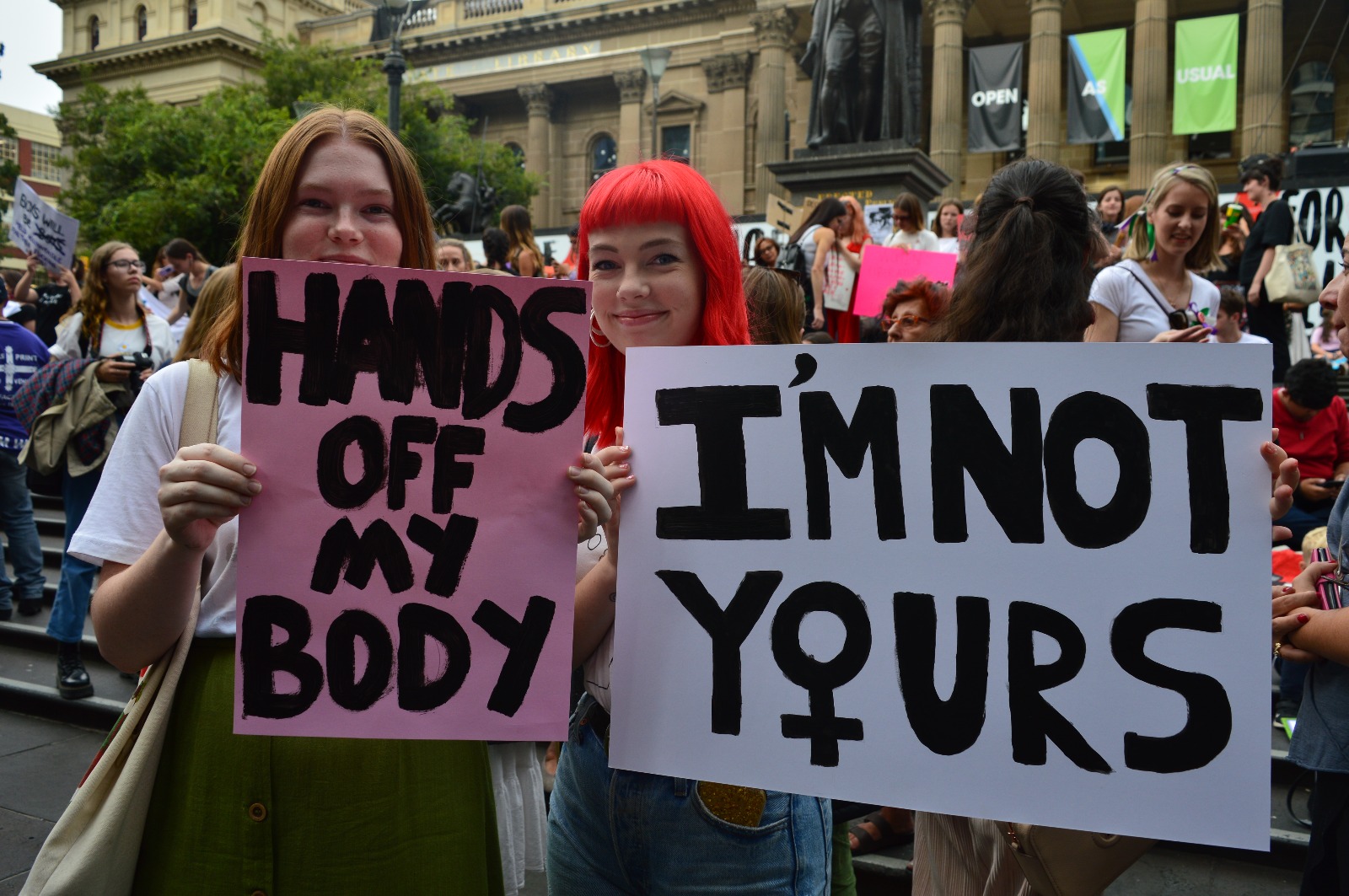 Protesters united on International Women’s Day to demand action on a range of critical issues. Hatch’s Fatima Halloum and Helena Abdou were there.

Thousands gathered outside the State Library in the Melbourne CBD on Friday night, chanting for equality before marching through the city towards Parliament House.

Organisers said the aim of the event was to secure justice for “First Nations peoples, paid parental leave and affordable childcare, rights for trans and gender diverse people and the decriminalisation of sex work”.

Protesters also demanded action from governments in the wake of the murders of Katherine Haley, whose killer was recently sentenced to 24 years in prison, and Preethi Reddy, whose body was found in a suitcase in Sydney on March 4.  A National Homicide Monitoring Program has reported that, on average, one woman is killed every week at the hands of either a current or former partner.

Emma, a protester, slammed his comments as “bullshit”.

The issue of women’s rights was at the forefront of debate earlier this week when Mr Morrison pledged $328 million for programs to prevent domestic violence.

Also this week, the Labor Party promised to tax-fund abortions in public hospitals as part of an overhaul of reproductive rights legislation.

Pro-choice activists were among the Melbourne protesters, along with members of the LGBTQI+ community.

The two-hour event not only shed light on the struggles women face, but celebrated their achievements.

One protester, Helen, 55, said: “I’m here to support my daughter today and to let her know she’s enough in the world. She’s amazing just as she is. We love whatever she wants to do in life and we’ll always back her.

“There’s a lot of challenges with females in the world, and I think we all need to stick together, support each other, instead of bringing each other down. We’re all amazing.”

Elliot, 19, pictured below, said: “I’m here to let all women know that they are supported and they live in a world where they can be themselves.”